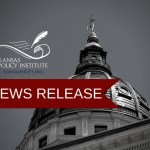 Niche also publishes grades at the district level. In the Wichita area, Maize is the top ranked district followed by Goddard and Andover. The rankings of the top 10 districts in the Wichita area can be found here. Wichita (USD 259) failed to crack the top 15 in the area.

Niche uses a variety of measures to determine rankings and grades for all public and private schools. They claim the rankings are “based on rigorous analysis of academic and student life data from the U.S. Department of Education along with test scores, college data, and ratings collected from millions of Niche users.” A closer examination of their methodology reveals that Niche relies heavily on test scores to determine their rankings and grades.

The reaction to the rankings, upon a surface glance, in particular toward the public schools, would be something like “sure, Blue Valley

If it’s more money that makes the difference in achievement, as the education establishment argues and the Supreme Court concurs, you would expect at least a few other high schools ranked in the top five. Curiously, Blue Valley Southwest, the lowest ranked Blue Valley high school, has both the lowest percentage of low-income students and the highest per pupil spending in the district.

Another item of note is that despite being named the top five schools, the Blue Valley student achievement isn’t really anything to brag about. Only Blue Valley North has half the students (10th graders) proficient in both ELA and math. The rest, as the saying goes, are under water.

At the other end of the grading spectrum is Kansas City Kansas (USD 500). Magnet high school Sumner Academy is ranked 15th overall statewide (out of 331 ranked high schools).  As the table below indicates the four traditional public schools are ranked near or at the bottom of all high schools in the state. Each of these schools had per-pupil spending above the state average for large high schools. Washington High School, for example, spent 26.2% higher than similar size high schools, yet is ranked second to last in the state.

There are two takeaways from the Niche analysis. The first is that, once again, evidence is provided that just spending money doesn’t lead to higher educational quality. The other is that a form of parental choice – in this case KCK’s Sumner Academy magnet school model – clearly outperforms the traditional school model. It makes one wonder why the other USD 500 students don’t get a chance to escape underperforming schools.