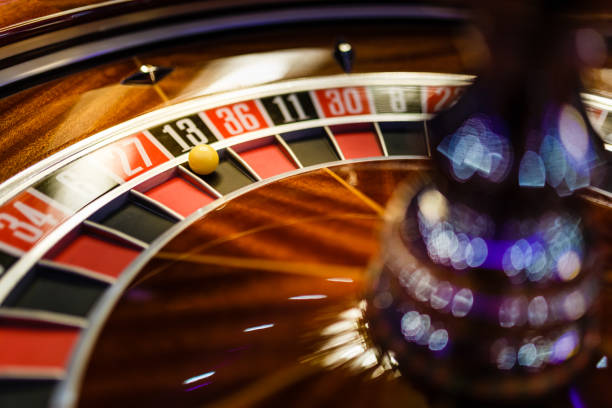 Many are unaware that Kansas state government participates in its own lottery. However, the difference between this type of government gamble and buying a MegaMillions ticket is that if the state makes the wrong bet, the taxpayer could end up living paycheck to paycheck. Referred to is the Consensus Revenue Estimating group or CRE, a gathering of state university economists with support by the Kansas Legislative Research Department and the Governor’s Budget Office to place a bet on revenue collections, your tax dollars. The consensus revenue estimating needs reform, because if they bet on the wrong outcome, the only one who pays is you.

CRE has a history of missing estimates on tax revenue. From chapter 4 of our book “What Was Really the Matter with the Kansas Tax Plan” we note…

Kansas Policy Institute did the research and discovered not only were revenue estimates routinely missed, the magnitude of the misses in some cases was far greater before tax relief . . . revenue estimates were much more volatile in the eleven years preceding tax cuts, with an average miss of 13.4 percentage points on the original estimate compared to 4.8 percentage points in the first four years following the [2013] tax cuts.

The CRE process has been hamstrung from the get go. When you couple that with inefficiencies in fiscal administration, it’s no wonder taxpayers are left holding the bag. Just look at last year’s tax increase. Consensus revenue estimating needs reform.

In May 2017 the Kansas Legislature passed the largest tax increase in the history of Kansas. This tax increase even went back and collected additional tax on Kansans’ wages earned in the first six months of the year, termed “retroactive.” Analysts thought the tax increase would take about $600 million from taxpayers, bringing total income tax collections to $2.9 billion by fiscal year (FY) 2018 (see Table below from the Kansas Legislative Research Department).

So, how accurate was the CRE guess? Off by half a billion dollars. Individual income tax ended FY 2018 with a $3.4 billion balance instead of the expected $2.9 billion in a June 2017 estimate.

This miscue was so large that for every 1 dollar of total taxes the CRE missed, 90 cents were due to individual income tax. This poor bet continues into the first three months of our current FY 2019. Income tax revenues are more than 20% higher than what CRE guessed, explaining 60% of the total tax difference. CRE makes the wrong wager when there is no significant tax change, and makes a bigger loss when there is. This all has a depressing effect on Kansas’s economic growth.

Tax hikes are on their way and this time it’s $3.7 billion on top of last year’s nearly $2 billion tax increase. With unexpected resources taken from families and businesses it explains why economic growth in Kansas lags the country in 2017 and into 2018, without mentioning the prior decades of lagging growth .

The time for reform is now

State legislators seem willing to ignore the state’s $3.7 billion shortfall yet take CRE’s wager on your paycheck as gospel. What makes matters worse is that the State Legislature and Governor’s Budget Office know consensus revenue estimating needs reform. A working group was created to reform the CRE , suggesting more transparency, more time to analyze extraordinary tax bills, and  changing the makeup of the group to name a few. Some of these changes need to be done legislatively but the Kansas legislature seems unwilling to make the CRE more transparent among other reforms. Come early November Kansans should be tuned in to the CRE meeting. They deserve to know why the CRE has made mistakes with their tax dollars and has yet to make any course corrections.

No Kansan should allow the state to gamble their salary in one bet, regardless of the quality of government services. There are even some who believe that when CRE can’t make a good bet, then the wager should at the very least be under rather than over. They should remember, like any gamble, it can’t get lucky every time. The house always wins and taxpayers will lose.