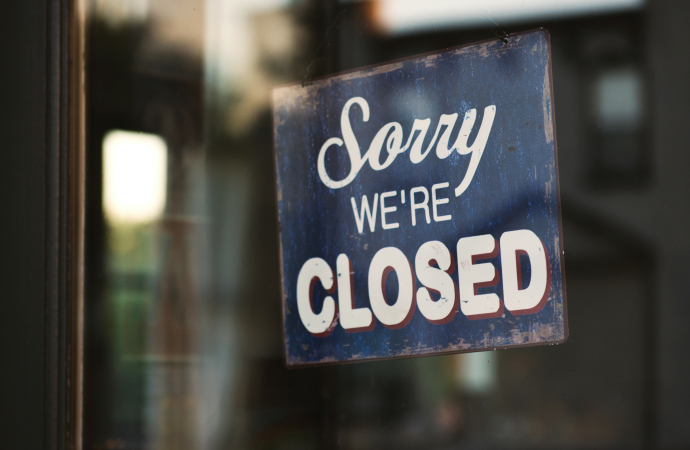 Within the last year, Kansas has set a record budget, financed it with record tax hikes, and vowed to increase spending to even higher levels. Some think such a policy encourages economic success. However, the latest economic snapshots reveal the opposite; that ballooning government is crowding out private sector growth. 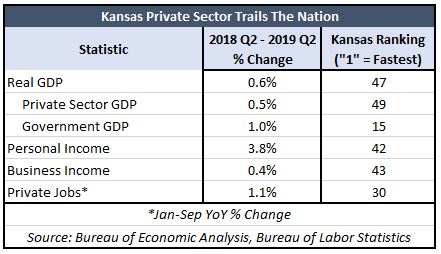 While Kansas government growth was the 15th fastest in the country, Kansans’ personal and business income took a nosedive. Here nominal statistics on income were used because current inflation-adjusted estimates are not available. Personal income grew 3.8% from 2018Q2 to 2019Q2. That’s the same growth as last quarter’s year over year performance. Add in the fact that the 3.8% growth is the 42nd fastest in the country, and the writing is on the wall. Americans in other states are leaving Kansans behind. For Kansas businesses, the situation becomes grimmer. Business or Proprietor’s Income couldn’t even keep up with inflation, posting a year over year growth of 0.4%. A slow-growing business sector can be problematic. Why? It’s because strong Kansas job growth relies on a dynamic Kansas startup environment. Perhaps, the dismal performance in small business income explains the underperformance in Kansas private jobs. 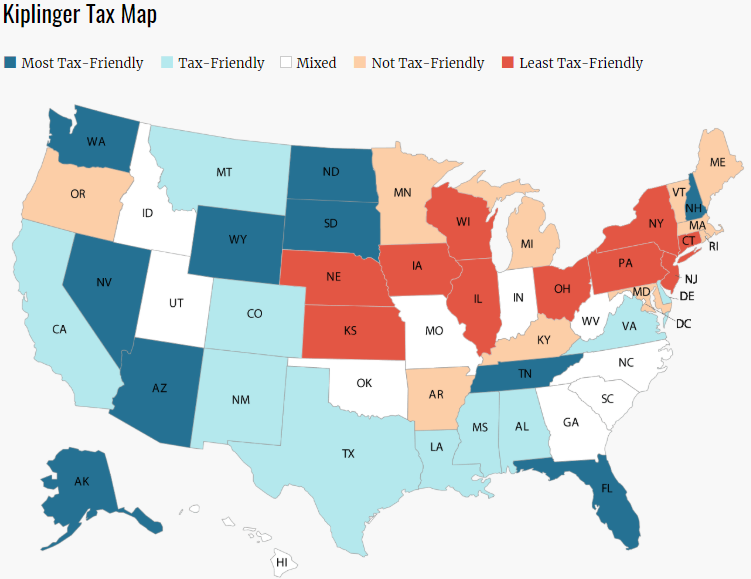 The latest Kansas economic snapshot strongly suggests that too much government can be a bad thing for families and businesses. While the government has a role in society to play, it must do so with the utmost respect for the taxpayer dollars that fund it. Therefore, it should come as no surprise the government’s willingness to accelerate spending means higher taxes for Kansans.  Kiplinger, a business forecasting and financial advice periodical, notes Kansas is the 10th least tax-friendly state and the 3rd least tax-friendly state for retirees.

We already know Kansans are creating U-Haul shortages as they leave for states with lower taxes and faster economies. Now in conjunction with the latest official estimates, multiple signs point to the fact Topeka’s fiscal policies are hindering the state’s economic health. On the horizon, the state government could raise taxes even higher in order to close its spending-induced budget gap. While the nation grows in economic prosperity, Kansas falls further behind. Kansas can most certainly be one of the best states to secure economic freedom for all Kansans and foster entrepreneurship. However, for that to happen, policymakers should ensure the government taxes and spends within its means.