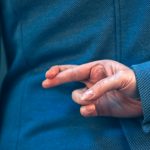 An Open Records request and public pressure from KPI and our media outlet, the Sentinel, compelled Governor Laura Kelly’s Department of Revenue to tacitly confirm that they consciously deceived legislators and taxpayers.

As the Sentinel first reported, Kelly’s Secretary of Revenue Mark Burghart and her Budget Director Adam Proffitt made an unsubstantiated claim on March 30 that state tax revenue would be about $360 million lower than anticipated because businesses would be able to deduct expenses paid with proceeds from the Paycheck Protection Program (PPP) loans.

We suspected that they were trying to mislead legislators to give Kelly cover for vetoing tax relief in SB 50, which would provide $284 million in tax relief over three years.  Kelly vetoed the bill shortly thereafter, saying that a combined cost exceeding $600 million ($360 million from lower revenue and $284 million from SB 50) would threaten the state’s fiscal health.

To confirm our suspicions, we sent an Open Records request, demanding copies of KDOR’s calculations to substantiate the claim. The response from the Department of Revenue tacitly admits to conscious deception, saying they have no public records responsive to our request.  They produced nothing to back up their mysterious $360 million revenue loss.

Of course, they didn’t directly admit deception, and their response may be attempting to shift blame to other agencies.

Honest and open officials would have shown their calculations to legislators.  Absent that, they would have readily produced the information when we first asked.  But our initial written request was ignored, so we had to go through the Open Records process.  But just to be certain that the records aren’t being hidden elsewhere, we are submitting Open Records requests to the directors of Budget and Legislative Research.

The Department of Revenue released new estimates on April 20, but instead of revenue declining $360 million as they estimated on March 30, the new estimate raised tax revenue by $342 million.

It begs credulity that KDOR could believe revenue to be $360 million too high on March 30, and then $342 million too low on April 20.

With apparent confirmation that the claimed revenue loss was fabricated, the Legislature should move full steam ahead to overturn Kelly’s veto of SB 50.  The state is expected to finish this year with about $1 billion in reserve, which is more than enough to give taxpayers their money back.

You see, the 2017 Congressional tax relief bill reduced federal taxes, but the changes cause some people and businesses to pay more state tax.  The higher standard federal deduction prompted people to use that instead of itemizing deductions, but that prevented them from itemizing for state purposes.  Senate President Ty Masterson and others say it’s like the State of Kansas found a wallet with taxpayers’ money on the sidewalk and kept it.  Now it’s time for legislators to force Kelly to give Kansans their money back.

Legislators should also finish what they started several years ago, and create a new, reliable system to estimate revenue.

A committee assembled in 2016 called the Consensus Revenue Estimating Working Group produced a long list of recommendations to reform the process.  Politics frankly prevented any of the recommendations from being adopted and political interests still seem to be at play; the Working Group report seems to have been removed from the KDOR website.

A news story from 2016 lists some of the recommendations, and the one at the top of the list was the most controversial.  Revenue Secretary Sam Williams said the group recommended hiring an independent economist to prepare detailed revenue estimates instead of having bureaucrats and three university economists put forth their best guesses.  But the bureaucracy closed ranks and legislators wouldn’t back the reforms.

We examined the accuracy of revenue estimates in Chapter 4 of our book, What was Really the Matter with the Kansas Tax Plan.  The results were not pretty.

The current revenue estimating scheme and the politics that come with it should be scrapped, and the new system should require those involved to ‘show their work.’  Anything less only encourages more bureaucratic deception.