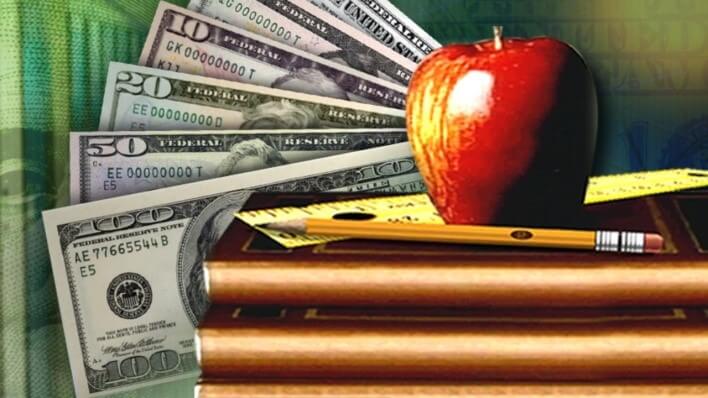 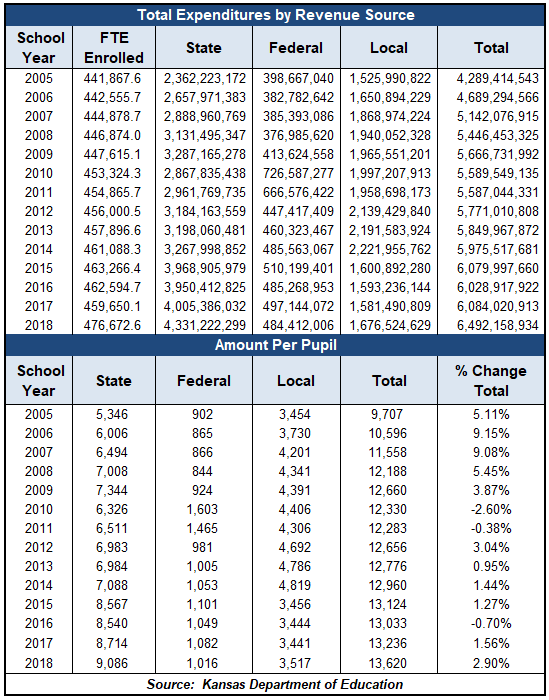 These new records come from funding increases and not accounting changes as alleged in some circles.  KSDE says no accounting changes have impacted total funding results since 2005, which was the first year that KPERS retirement funding was reported in district and state totals.  The 20 mills of state-mandated property for school support was first recorded as State aid in 2015 when legislators discovered it had improperly been recorded as Local aid, but that has no impact on Total aid.  Those property tax dollars amounted to $635 million in 2018, so all other State aid was still $428 million higher in 2018 than in 2014 – the last year that those property taxes were not included in State aid.

KSDE also provided estimates of future spending, showing total aid per-pupil would reach $16,520 in 2023.  That estimate includes legislative-approved school funding and KSDE’s estimate of complying with the June 2018 Supreme Court ruling, which they believe would cost another $365 million over five years. 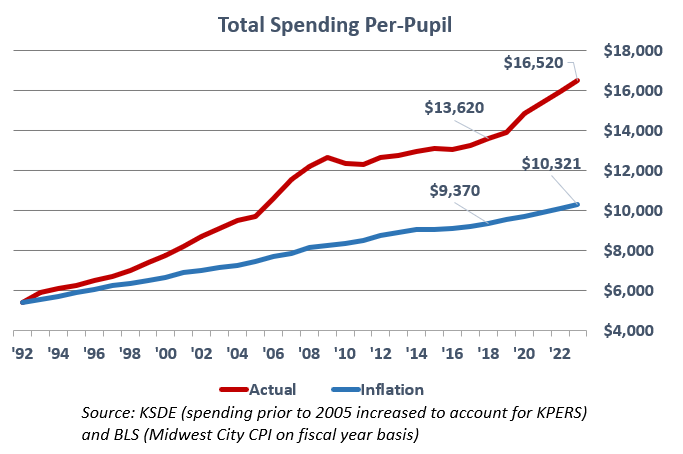 Actual funding could be higher than $16,520 because KSDE’s estimate assumes no increase in federal funding and only nominal growth in local aid.  Local Option Budget (LOB) funding is the largest portion of local aid and if history is any guide, districts could significantly increase their LOB funding; it’s just not easy for KSDE to predict the decision of each local school board.

Funding by district from 2005 through 2018 can be viewed and downloaded at KansasOpenGov.org.  Spending breakdowns by category (Instruction, Administration, etc.) won’t be available for a few weeks.