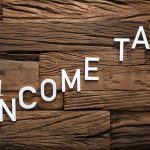 In their November 2022 Revenue Estimate Report, the Consensus Estimating Group increased their estimate for FY 2023 state general fund receipts by 22.6% compared to April’s estimate, which equates to $9.7 billion total for the fiscal year. At the same time, the actual revenue intake for FY 2022 decreased by 10.6% compared to the estimates made last April. In any case, continued high tax revenue numbers will surely elicit many tax and spending proposals in the 2023 Legislative session. Recently re-elected Governor Laura Kelly has floated some proposals already, yet they are not substantive compared to other efforts taken by other states to boost economic growth like flat tax reform.

In 2021, Laura Kelly vetoed income tax cuts for the third time but was overridden by the legislature. Proposals to reform Kansas’s uncompetitive income tax will likely appear again. In 2022, all of Kansas’s neighbors enacted individual or corporate income tax reform or a combination of both, but Kansas didn’t do either. Across the country, a “flat tax revolution” took place with Idaho, Iowa, Mississippi, Georgia, and Arizona all introducing hundreds of millions in tax relief by reducing top rates, consolidating brackets, and more. A flat tax is an income tax system in which everybody pays the same percentage of their entire income. Its compared to progressive tax systems in which increasing incomes are taxed higher than those in lower brackets.

Reducing income taxes is the most effective form of tax relief to produce economic benefits. An OECD study reports that after corporate income taxes, personal income taxes are the second most harmful tax to economic growth. Income taxes reduce workers’ end pay and thus lead to reductions in people choosing to work less because they are taking home less. Income taxes also reduce investment and savings as they are a tax on money that would otherwise go into bank accounts or be invested into capital.

Last year, Governor Kelly signed a bill phasing out the sales tax on groceries incrementally until a complete elimination by FY 2025. This will cost about $450 million by the time it’s fully realized. However, Kansas still has the 9th highest state sales tax rate at 6.50% and the 9th highest average state and local sales tax rate at 8.70% in the country – that ranks between New York and Illinois. The combined rate is higher than all of Kansas’s neighbors except for Oklahoma. While sales tax relief would be welcome, income tax relief has produced more long-term economic growth than sales tax relief.

Another proposal that the governor’s budget director Adam Profitt suggested is the elimination of the retirement income tax cliff on Social Security. This reform is overshadowed by longstanding and more equitable calls to eliminate the income tax entirely on Social Security – something that KPI helped champion in recent legislative sessions. Kansas is ranked by Kiplinger as the third least tax-friendly state for retirees across the entire country.  Private retirement plans like IRAs, 401ks, certain Social Security benefits, and out-of-state public pensions are all fully taxed, though public sector pensions are not. Completely eliminating the retirement income tax would be far more equitable and make a more significant difference than adding more and more exceptions and tweaks to the existing system.

According to the IRS, between 2012 and 2020, 16% of adults 26 years and older who left Kansas were  55 or older, but they accounted for 32% of the adjusted gross income loss. The IRS data also shows that only 11% of the AGI loss is going to the nine states deemed to have the highest state and local tax burden by the Tax Foundation, but a quarter of the loss goes to the nine states that don’t have an income tax; seven other low-tax states account for 34% of the total AGI loss. Eliminating the retirement tax would help plug this migration issue, and is something easier to advertise as a reason to move to Kansas.

When other states are pursuing competitive tax reforms, Kansas falls behind by staying in the same place. Lasting, significant tax relief could help end Kansas’s decades of economic stagnation.