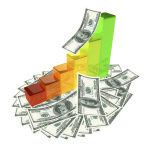 School payroll listings totaling a little over $2 billion for 29 Kansas districts are available for download at KansasOpenGov.org and include 679 employees who were paid more than $100,000 during the 2019 school year.

Johnson County districts dominate the list of highest-paid employees, with 15 of the 25 slots.  USD 512 Shawnee Mission has six slots, USD 229 Blue Valley had five of the highest paid, USD 233 Olathe has two slots, and USD 231 Gardner-Edgerton and USD 232 De Soto each have one.  Johnson County also has the only three employees paid more than $300,000 – the superintendents in Olathe, Blue Valley, and Shawnee Mission. 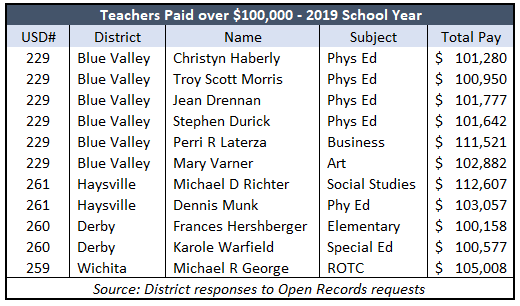