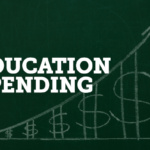 A KSBH-TV story about the Blue Valley school district spending $130,000 in legal fees to avoid paying $23,000 for a blind student’s braille books says “Blue Valley School District’s total operating budget for the current school year is about $200 million.”  The reporter, Jessica McMaster, linked to her source on the Blue Valley web site and understandably relied on the district to honestly portray their spending data shown below. 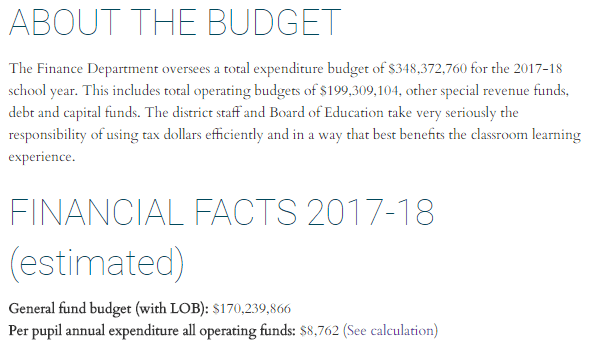 The official definition of current (operating) spending, however, is $240.5 million instead of the $199.3 million identified by the district.

Special government accounting rules for school districts and some wordsmithing by the Blue Valley school district make it hard for the typical citizen to understand how much is actually being spent on operating and other expenditures.  For example, in the paragraph beneath “About The Budget” the district says total spending is $348.4 million and operating spending is $199.3 million.  People accustomed to reading private sector financial statements would reasonably assume that the $149.1 million difference between total and operating (or ‘current’) spending would be for capital improvements or debt service, and that all expenditures deemed to be capital improvements in nature would be reflected on the appropriately-named line of a financial statement and not co-mingled with other expenditures.

That’s not how things work in school district accounting, however.

The highlighted spending on the district’s budget page of $8,762 per-pupil for what they claim is for “all operating funds” is far below the official amount current expenditure of $10,574 per-pupil, and that’s not even close to total budgeted spending of $15,315 per-pupil; see page three here of the district’s Budget at a Glance.  The Kansas Department of Education (KSDE) doesn’t have an official definition of ‘operating’ expenditures (Deputy Commissioner for Finance Dale Dennis says ‘operating’ and ‘current’ are used interchangeably) but they do define ‘current’ expenditures, which excludes debt service and capital expenditures that aren’t reported in current expenditure categories such as Instruction or Administration.  And on that official basis, current (or operating) spending budgeted for FY 2018 is $240.5 million.

KSDE accounting procedures allow equipment such as computers purchased for students to be recorded as a current Instruction expenditure rather than reflecting the purchase as a Capital Expenditure even if the purchase is made with Capital Outlay funds.  Doing so artificially inflates the increase in ongoing current expenditures in the year equipment is purchased and may give a false impression of declining spending in the following year. 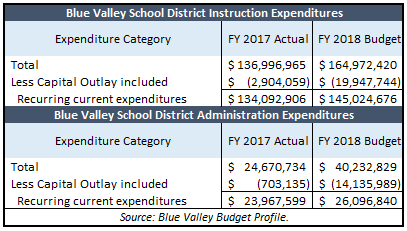 In addition to understating official current expenditures ($199.3 million vs. $240.5 million), the district’s presentation appears to violate a state transparency law.  The Kansas Uniform Financial Accounting and Reporting Act – K.S.A. 72-8254(i)(B)(3) passed in 2013 requires every school district to publish the budget summary for the current school year and actual expenditures for the immediately preceding two school years showing total dollars net of transfers and dollars per pupil.  The statue clearly says the report “shall be published with an easily identifiable link located on such district’s website homepage.”

Blue Valley doesn’t follow this statutory requirement.  They merely include a link to ‘Budget Information’ on their homepage, which goes to the ‘About the Budget’ page shown above with misleading information on current spending, and below that is a link to the required report.

Legislators have been made aware that many districts appear to ignore the state transparency law.  KPI testimony on SB 188 proposed by Senator Jeff Melcher in 2015 cited our finding only two of 27 school districts randomly selected were in compliance; SB 188 proposed fining districts that didn’t correct non-compliance within 30 days of such notification.  The bill passed the Senate on a vote of 27-13 but failed 58-61 in the House.

Amazingly, citizens can have their property seized even if not charged or convicted of a crime under Kansas’ civil asset forfeiture rules but legislators allow government to flout this state law with impunity.