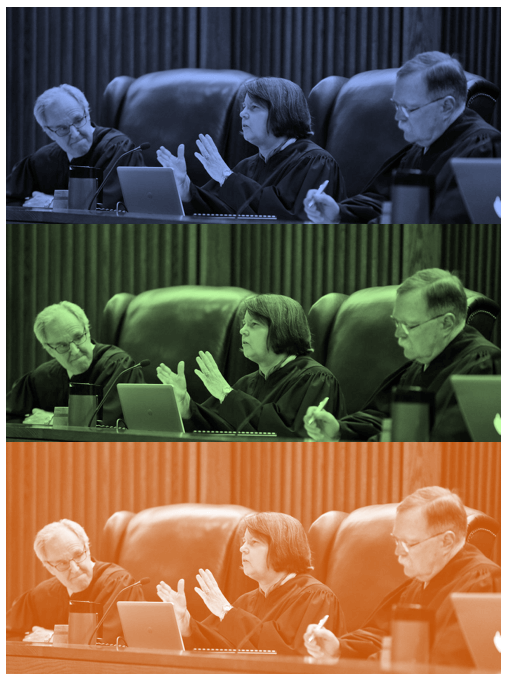 The latest (and surely not final) Supreme Court ruling in Gannon v. State, known as Gannon V, is yet another pivot from their previous position outlined in this Chameleon Court’s first Gannon decision. In Gannon I in 2014, the Court posited that money was not the determining factor in determining whether the “suitable provision” clause of Article 6 of the Kansas constitution was satisfied. The justices declared that the determining factor was whether the finance system was “reasonably calculated” to meet Rose standard outcomes.

As the saying goes: that was then, this is now.

The Court responded to the new finance law just passed in the 2017 legislative session, SB 19, with a collective thumbs-down, finding it unconstitutional on both adequacy and equity grounds. The reason? Surprise, surprise – not enough money. The Legislature’s $290+ million increase to K-12 education over the next two years, with inflationary raises in outlying years was not enough to earn the Court’s blessing. The 88-page Gannon V syllabus reads more like a lesson in history and descriptor of school finance in Kansas than a Court opinion. Although the justices explicitly say there is no magic number they prescribe – a departure from Montoy now over a decade ago – the Court is clearly specific in what they expect the Legislature to do, going so far as to say they should “show its work” to the Court in how they arrived at whatever the next newest finance law will look like. The Court even set date-specific milestones for the Legislature to follow: briefs on whatever the new law will be are due by April 30, 2018; oral arguments are already scheduled for May 22, 2018; and the Court will decide by June 30, 2018.

There is so much in the syllabus, so much to digest, it requires significant time to provide an adequate review and analysis into Court’s latest foray on the Legislative process. Until then, here are the main takeaways from Gannon V.

These topics and others will be examined in much greater detail in the next installment of the never-ending story that is Kansas public education finance litigation. Stay tuned to KPI for further analysis.