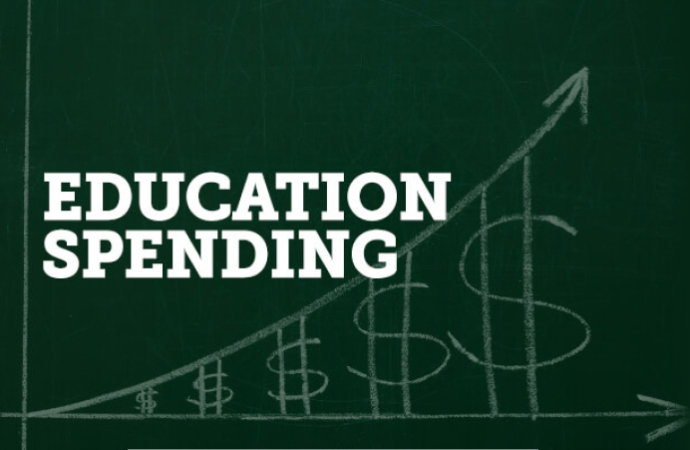 It’s hard to believe the claim by KSDE that the second round of federal COVID relief funding – $830 million – to school districts will be used to change the way schools do business in the Sunflower State.

In the required spending plan filed with the feds for receiving the additional funding, KSDE states:

existing gaps in academic achievement levels…are, and have been, areas of concern. More pronounced and widening of these gaps will signal an intensified focus of allocation of resources so to shorten the timeline of learning recovery and reset the trajectory of struggling student towards a swifter progress towards higher levels of learning.

The problem with that statement is that despite being “areas of concern” KSDE has done nothing, NOTHING to close the achievement gaps of which they speak even though these gaps pre-dated the pandemic by years…if not decades. An “intensified focus” presumes there is a current focus to address those gaps, to begin with. No such emphasis exists. In fact, KSDE and the state board have gone to great lengths to distance public education in Kansas from addressing the nagging problem of income-based achievement gaps. The primary initiative of KSDE and the state board, Kansans Can, expressly avoids addressing those gaps, or achievement in general.

This $830 million most recent federal bailout brings the total Kansas education has received in COVID funds to approximately $1.4 billion since March 2020. Why does it take a billion-plus dollars to get the education establishment to suddenly make achievement gaps a priority? Total statewide education spending now exceeds $7 billion annually – not counting the COVID bailouts – with per-pupil spending more than $16,000. Yet, somehow, there is no money in there to reduce achievement gaps. Really? It takes a pandemic and bailout money from the feds to make that happen?

KSDE seems to think so. Deputy Commissioner Brad Neuenswander claims public education “couldn’t be allowed to return to a pre-pandemic footing. Shortcomings exacerbated by COVID-19 can be addressed during the next three years with that kind of federal investment.” Neuenswander was directly quoted as saying, “(t)his is an amazing opportunity to not go back to the way it was. We had gaps in the system before this happened.”

I have no idea what that means, but it’s quite troubling the state recognized there were gaps that went unattended, and of course, from their perspective they blame it on a lack of money. Isn’t that what the Montoy and Gannon money was to be used for? It makes one wonder if the Kansas Supreme Court is paying attention.

Governor Kelly also spoke of federal dollar-led change. She said, “federal relief dollars will secure the resources the Department of Education, state Board of Education and local districts need to create innovative opportunities for Kansas children.” It’s hard to accept that premise, given the track record of federal intervention. The No Child Left Behind initiative poured billions into schools with no discernable improvement in outcomes. And President Obama’s $7 billion school improvement program has been described as the biggest failure in a federal education program ever.

If they really wanted to address these “concerns” and “create innovative opportunities,” an expanded school choice system should be at the top of the list, not how to allocate more money to the failing existing system. The only way to make a significant difference in student performance and achievement gaps is to CHANGE the system. If KSDE is serious about not going “back to the way it was,” how about starting with the recognition that there is a demand out there for educational choice, based simply on the number of families who opted out of attending traditional public schools last year?

All this disruption in education, all this federal money, and not a mention of parental choice. How about at the very least districts allowing public charter schools to address some of these issues? And the Legislature should get involved by expanding public charter school authorizers for those who want an alternative and not get shut out by the school districts. KPI has written about this before.

The low-income tax credit scholarship program was expanded last session and the Legislature came close to sending an ESA bill to the governor. Since many parents, who could afford to do so, chose to forego district-based distance learning, why not establish choice programs so all parents have that opportunity? Expansion of choice would also get the education establishment’s attention and force them to really change the way they do business, not just talk about it.

Despite all the rhetoric, short of school choice expansion, don’t expect any major changes in the way public education does business. It’s all just lip service. The common theme that emerges from this blast of federal money is that it’s all about propping up the institution.

Here’s what you can expect from the injection of federal money. Per-pupil spending will increase due to the influx of federal dollars. Teachers will get raises, as I, who taught in Kansas public schools for 17 years, did when Montoy money went to the schools. Student performance will be stagnant as will income-based achievement gaps. The education establishment will blame the pandemic and say something like “these things take time.” And at some point, they will go back to the Montoy/Gannon well and try to convince the Supreme Court they need more money from the state in order to improve student outcomes.

And the circle remains unbroken. And kids will continue to suffer.