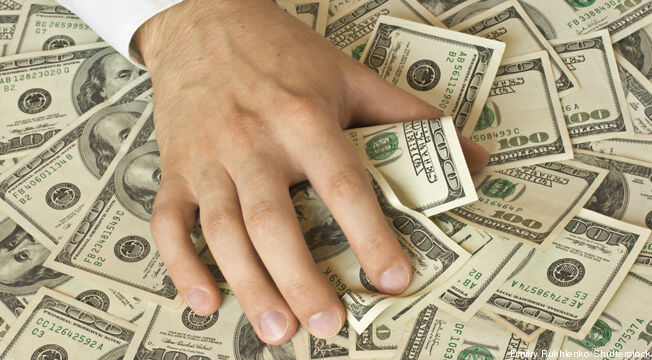 You knew it was going to happen, as the country digs out financially from the effects of COVID-19– even though the reality is far better than was initially feared – the education establishment is positioning itself for claiming they are going to need more money. The latest installment of the Tallman Education Report is another “woe is me” cherry-picked-fact justification that – you guessed it – schools are, have been, and will continue to be underfunded.

The report begrudgingly acknowledges that the Kansas Legislature is funding the last two years of the Kansas Supreme Court-extorted millions from the state’s taxpayers pursuant to the Gannon case. And it mentions the fed’s COVID-related bail-out of over a billion dollars over the next four years. But, hey, it’s never too early to complain that at some point there simply isn’t enough money to…to what?  Improve the performance of underachieving schools? Improve student success? Diminish income-based achievement gaps?

We’ve been down this road before, the one that claims more money leads to high student achievement, and it is a dead end. KPI, and as other research has shown, again and again, there is no relationship between student achievement and school spending, let alone a causal one. Period.

KASB states that prior to 2010 “the largest spending increases were for staff and facilities to help improve student success (and) extra help for at-risk students.” (emphasis added) The help failed however because the court-ordered money pursuant to Montoy did not result in “bringing lower performing student to higher standards,” as was the justification for the Supreme Court’s meddling in the business of the Legislature.

The fact is education spending has risen dramatically since Montoy, but student achievement has been stuck in neutral. NAEP and ACT scores have actually fallen, and two-thirds of all students are not college/career ready per results from state assessments. It’s even worse for low-income students. Only one in five economically disadvantaged students are college/career ready. This despite the extraordinary increase in funding to a failing approach to closing achievement gaps.

There is some hope that a provision in this year’s education funding bill will focus school attention on actually improving student achievement. The “budget certification” provision demands accountability in how districts build their budgets as a way to ensure state spending is focused on the classroom.

Perhaps the most egregious claim by KASB is that somehow education funding should be tied to total personal income of Kansans. In other words, they imply that K-12 education is entitled to a certain percentage of how much money Kansans make.  “Total school funding is expected to increase just under $1 billion from 2020 to 2023, but the latest consensus revenue estimate projects that Kansas personal income will increase more than $30 billion over that period.” They should be celebrating that Kansans have more disposable income – never mind that much of that increase isn’t actually available to pay taxes – not complaining that public education isn’t getting a big enough piece of the action. How selfish it is on the part of the already bloated education establishment – one that has nearly one billion dollars in unencumbered cash – to say to the citizens of Kansas as they recover economically from the pandemic: “Hey, you’re not giving us enough of your money.”

One does not even have to read between the lines to see that this report is another example of how institution-centered and not student-centered the public education establishment is. But as the saying goes: never let a crisis go to waste.