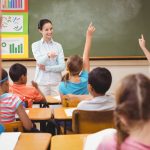 Several Kansas state senators spoke at length this week in opposition to a better educational opportunity for students who are deemed academically or financially at-risk by school districts.  They raised (patently false) constitutional violations, said tax credits are loopholes to defund education (not true, but ironically hypocritical), and expressed grave concerns that the institution of public education would somehow be harmed.

Low-income kids in Kansas are nearly three years’ worth of learning behind their more affluent peers in the 4th grade.

In the 10th grade, state assessment results show 57% of low-income students in the 10th-grade are below grade level in math; 32% are considered at grade level but still need remedial training, and only 11% are on track for college and career.  10th-graders who are not low-income do better but still low, with roughly one-third of students in each category.  Results for English Language Arts are similar.

Allegations that tax credit scholarship programs are unconstitutional are completely baseless.  The Kansas Constitution says, “No religious sect or sects shall control any part of the public educational funds.”

First of all, the money for tax credit scholarships comes not from ‘public educational funds’ but from nonprofit scholarship granting organizations, funded by donations from companies and individuals.

Further, the U.S. Supreme Court ruled in 2019 that government officials or state constitutions cannot prevent children who participate in a state tax-credit scholarship program from using their scholarships to attend religiously affiliated private schools. In that opinion, Chief Justice Roberts wrote that the U.S. Constitution, “condemns discrimination against religious schools and the families whose children attend them”, and reminded us that they “are “member[s] of the community too,” and their exclusion from the scholarship program here is “odious to our Constitution” and “cannot stand.”

One Senator questioned why all low-income students would be eligible for the tax credit scholarship program rather than limited to those labeled ‘at-risk’ by a school district.

The point of tax credit scholarships is to give low-income students an opportunity to attend school beyond the public district their parents can afford.  But the question prompted a discussion of some very inconvenient truths about at-risk funding intended to help students who are financially at-risk.

A 2019 Legislative Post Audit on at-risk funding found that most of the spending in the 20 districts they examined was not spent for the direct, exclusive benefit of those students.  State law oddly doesn’t require districts to use the money to provide additional services for at-risk students, so they most often spend the money on other things.  The largest expenditure was on teacher salaries (proportionally paying teacher salaries based on the percentage of at-risk students in their classes) but auditors also found money spent on paying for post-prom parties, refrigerators, and other things not related to services for at-risk students.

Tax ‘loopholes’ OK for business subsidies but not educating students

Several senators called the scholarship program a ‘tax loophole’ to divert funding from public education but as explained earlier, scholarship funding comes from donations to scholarship-granting nonprofits, not the state budget.

Other senators noted the irony of some who opposed tax credits to create alternate educational opportunities for students, but they support tax credits to certain businesses in the name of economic development.

Still others mentioned that schools are funded on a per-pupil basis, which isn’t affected by students leaving (whether for another opportunity or any other reason).  Schools will get the same amount per-pupil regardless of whether any tax credits are allowed.

The education lobby argues that schools are harmed when a student leaves for another educational opportunity because the variable cost of teaching a student might go away but the fixed costs (e.g., utilities) remain.  But to the extent that is true, it is also true that the incremental cost of having one more student is less than the full funding provided for that student; interestingly, the education lobby doesn’t complain about getting extra funding when enrollment increases.

It’s all about the money

Senator Molly Baumgardner, a Louisburg Republican, carried SB 61 on the floor, and (no surprise, with her being a former high school teacher), she did a remarkably thorough job of explaining why so many students and parents are counting on legislators to create a better educational opportunity for them.

Wichita Republican Senator Rene Erickson summed up the floor debate saying, “all this talk of schools and money…it’s sad to me that we’re arguing about whether schools are hurt instead of what’s happening to these kids.”

SB 61 passed 23-14, with 23 Republicans voting in favor, four Republicans and ten Democrats opposed, one senator from each party passed, and one Republican was ill and absent.

The House will take up SB 61 (or their companion legislation HB 2068) sometime in the near future, and they need your encouragement.