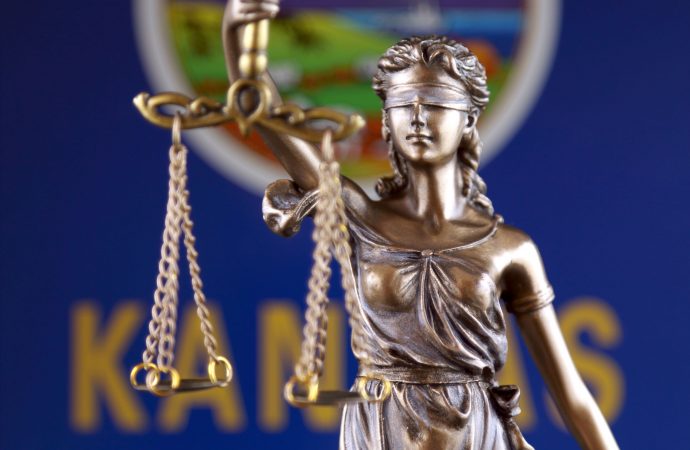 Only three of 90 recommendations made by the Governor’s Commission on Racial Equality concerned education and none addressed the issue of improving student achievement for students of color. A presentation at the State Board of Education March meeting illustrates what a missed opportunity the commission’s efforts were to expose real systemic racism when it comes to education in Kansas.  Dr. Shannon Portillo of KU, co-chair of the committee, presented the board with a summary of the commission’s findings and recommendations regarding education. The commission, which has now completed its work, released its final report January 1 of this year.

The commission was established by Governor Kelly in 2020 following the killing of George Floyd and Breonna Taylor to study “issues of racial equity and justice in Kansas” including “systemic problems determined by members of the Commission.” The Commissions first report was released in December of 2020. That document focused entirely on policing and criminal justice issues.

In 2021 the group turned its attention to other issues, including education. One might postulate that given the sorry state of student performance, especially among students of color, the commission would focus on student achievement as an equality issue. Did the commission study and analyze the disproportionately low state assessment test scores among minority students? Did they address low NAEP scores and ACT results among students of color? Did they ask why African American and Hispanic students are stuck in underperforming schools? Did the commission make recommendations on how to give parents of these students more choice in improving their educational outcomes? No to all. Then what was the commission’s focus when it came to racial equality in public education?

Teacher diversity is a nationwide issue, certainly not unique to Kansas. But the commission failed to recognize, at least formally, that deciding to become a teacher is an individual choice, not a government program. Yes, it would be better if there was a more diverse teacher workforce, but if there was an effective solution to that reality, we would already have the answer.

Regarding school mascots, Portillo implied that keeping Native American mascots in non-tribal schools is “making it difficult (for Native American students) to thrive.”  Board chairman Jim Porter asked if there is a list of schools that use Native American mascots. Dr. Portillo stated that they did not have a list, but got input from “national experts” on the issue and she claimed there are “hundreds” of Native American mascots used by schools across the state. A simple internet search reveals a much lower number. According to documents presented by the Atchison school district in July of 2021 “(m)ore than two dozen schools in Kansas use American Indian mascots or nicknames currently.”

The common denominator of these three issues is that not one of these has anything to do with student achievement. Each has something to do with process, which affects inputs to the system as opposed to outputs, like student success. I guess this is what you would expect from a government commission; the answer to government-caused problems is more government intervention.

The work and reporting of this commission was a missed opportunity to shine a beacon on the actual problems regarding real systemic racism inherent in the existing public school system. In a blog I published over a year ago, hard data showed how much lower African American students perform on assessments than their white counterparts, particularly in those districts in which there is a higher concentration of minority students. I also showed the numerical disconnect between the relatively high graduation rates of African American students and the extremely low levels of student achievement, meaning high schools across the state are graduating a high rate of African American students who are not proficient in basic skills according to KSDE assessment data.

KPI CEO Dave Trabert, in this special to the Topeka Capital-Journal, summed it up this way: “(s)tudents of color and those from low-income families are two to three years’ worth of learning behind, and the gaps are getting worse. This social justice issue is no secret to anyone with access to student achievement data, and with both commission co-chairs being educators, ignoring it is no accident.”

The real culprit that inhibits racial equality in the public schools is the very foundation of the system, the district structure that traps students in poor performing schools with virtually no choice in pursuing alternative educational opportunities. The commission, however, turned a blind eye to this sad truth. The Governor’s Commission on Racial Equality blew the opportunity to make recommendations, such as providing real educational choice, and student-focused reforms. Instead, we got much of the same-old, tired institution-focus that never improves the outcomes of Kansas students.