Mike O’Neal speaks out on the Gannon decision 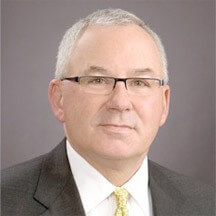 Former House Speaker Mike O’Neal in his thesis: GANNON: The Fallacy of the Court’s Emerson Analysis takes issue with the way the Kansas Supreme Court applied the definition of adequacy in their March 2017 decision. O’Neal points to the Court’s issue that one-fourth to one-third of Kansas students lack basic skills as justification that K-12 education financing is unconstitutionally inadequate, thus more money is needed. However, the Court’s opinion was based on a misapplication of testimony heard by a district court panel in 2014. In particular, that panel determined K-12 funding inadequate based on testimony regarding the impact of additional money through a federal grant to Emerson Elementary School in Kansas City (USD 500).

O’Neal cites the testimony from Kansas City Kansas Superintendent Cynthia Lane in which she described the money from a federal grant as the difference-maker in student achievement at USD 500’s Emerson Elementary. However, as O’Neal correctly reveals, it wasn’t the money itself that made the difference, it was how the money was spent. He makes reference to a KPI article that describes how USD 500 got a similar grant for Northwest Middle School, with much poorer results. The difference? It was in how the money was spent. Emerson replaced half the staff and the principal and focused on student outcomes. In Northwest Middle School the district took a business-as-usual approach, just increasing inputs like hiring consultants, increasing teacher time and buying more computers for the students. O’Neal’s spot-on accusation is that the outcomes of the Emerson students could have been achieved with no additional money. Dr. Lane testified that through the grant the administration discovered many Emerson teachers were not suitable to teach at that school. Why did it take a federal grant to determine that? Why wasn’t that known through the normal course of educating those kids? According to O’Neal, not knowing that is equivalent to educational malpractice, which the Court overlooked. Ultimately, the district court in 2014 misinterpreted Dr. Lane’s testimony and the Supreme Court upheld the notion that Emerson is evidence that funding is inadequate.

KPI is currently undertaking a statewide study of the 13 Kansas schools that received over $50 million in SIG money through the No Child Left Behind law. Preliminary data and analysis supports O’Neal’s contention (and a nationwide study of the School Improvement Grant program) that just throwing more money at an educational problem will not solve it.

Once again, this example is evidence that it’s not the money that makes a difference, it’s how it is spent.