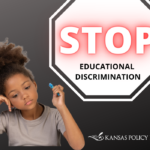 Structural segregation is alive and well in the Kansas public school system, a form of educational redlining manifested and protected by a rigid set of school district boundaries. In a previous blog, I presented local economic data and student performance to show how it exists within the City of Topeka where there are four public school districts. That data presents the grim reality that race and income- based segregation in education exists because the combination of economics and rigid district boundaries preclude families from attending higher performing public schools. Further evidence of the same structural segregation that exists in the Kansas City and Wichita areas is provided herein.

The Kansas City school district (USD 500) is bordered by five other public-school districts: Lansing (USD 469), Piper (USD 203), Bonner Springs (USD 204), Turner (USD 202), and Shawnee Mission (USD 512). Table 1 reveals how much lower the economic data is for USD 500 than the surrounding districts. Household income, home values, and the percentage of owner-occupied homes are all lower, while the poverty percentage of those under 18 is much higher. 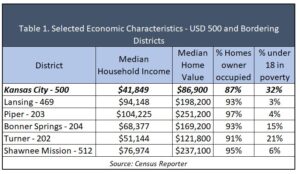 Tables 2 and 3 show similar results regarding student achievement in Kansas City that also exist in Topeka: 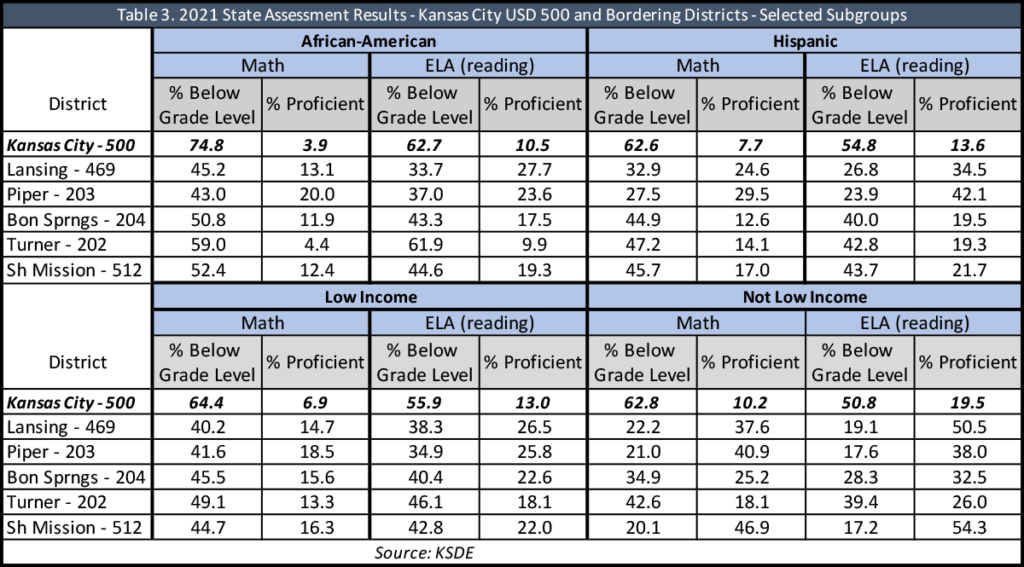 Table 4 is a summary of the racial mix of students in USD 500 and bordering districts.

As Table 4 shows, Kansas City has a much different ethnic/racial make-up than the five bordering districts.

Wichita (USD 259) is by far the largest district in the state, with a headcount enrollment of 46,701 for the 2021-22 school year. Eight other districts border USD 259: Valley Center (USD 262), Circle (USD 375), Andover (USD 385), Rose Hill (USD 394), Derby (USD 260), Haysville (USD 261), Goddard (USD 265), and Maize (USD 266). Table 5 shows that Wichita Public Schools – although with better economic indicators than those in Kansas City in absolute numbers – is similar to Kansas City in that those indicators are much lower than the bordering districts. USD 259 has a lower median household income, lower median home value, a much lower rate of owner-occupied homes, and a poverty rate that towers above the other eight districts. 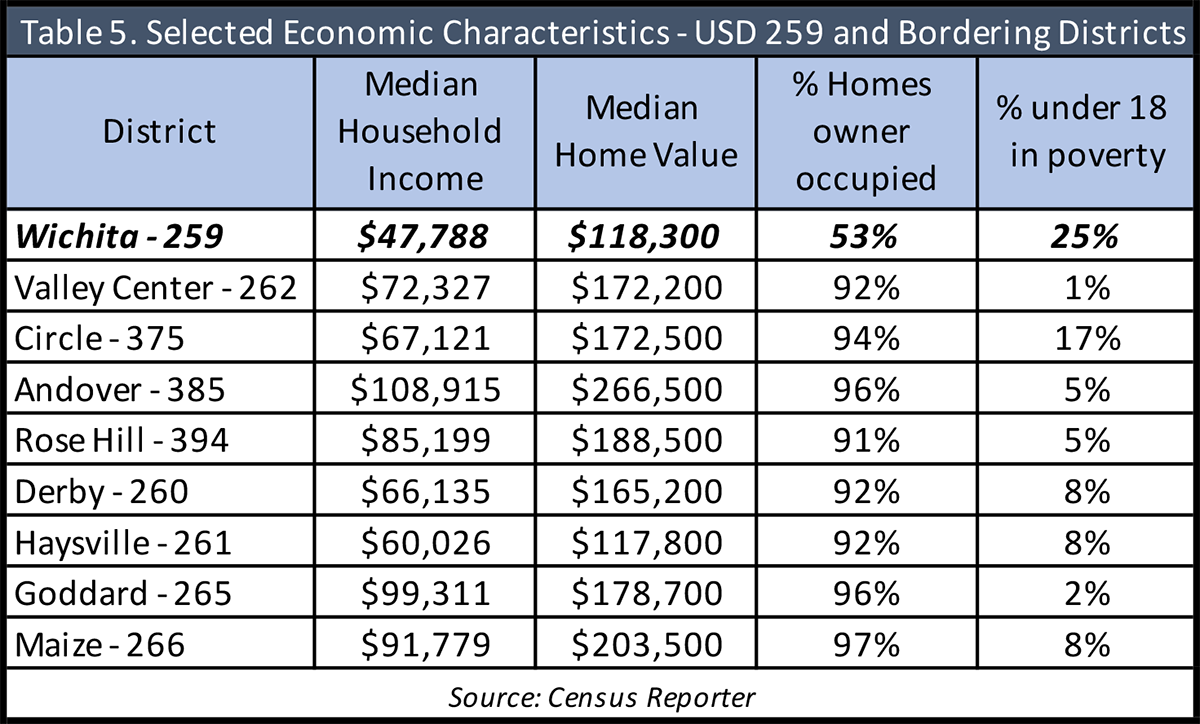 Tables 6 and 7 show that state assessment data in terms of comparing Wichita to districts that border is a virtual mirror image of the situation in Kansas City. To wit: 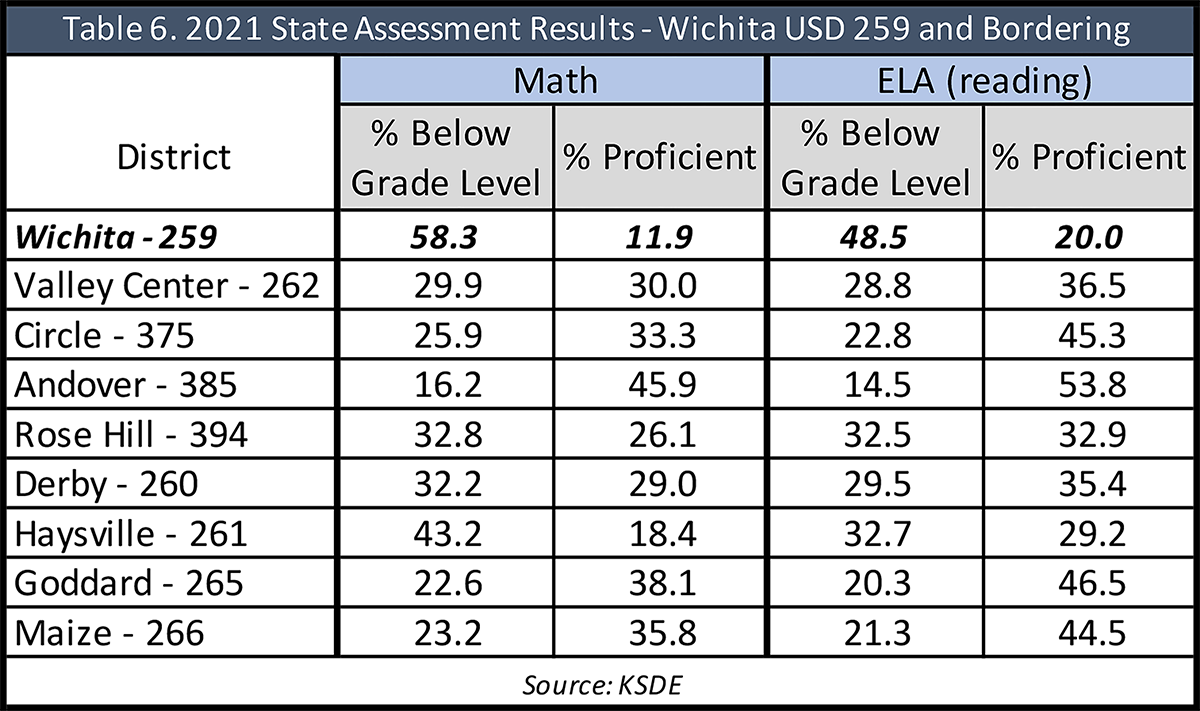 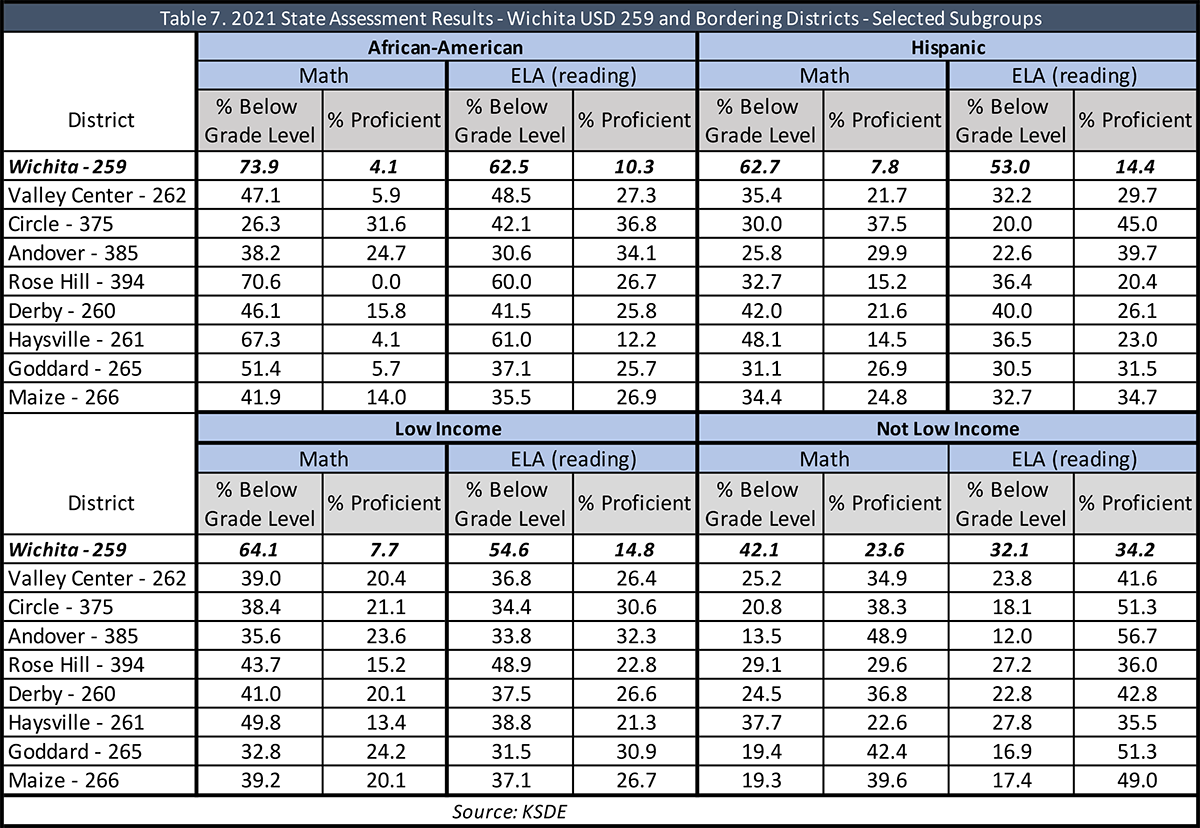 In the analysis of the Topeka data, I concluded with this statement: “this data shows how entwined economics and school segregation is. Given the distribution of the real estate market and income levels in Topeka, most families living within the confines of the Topeka Public School district do not have the economic wherewithal to escape the low-performing schools they are forced to attend, due to the rigidity of district boundaries.” It is an unfortunate reality the same conclusion holds for both Kansas City (USD 500) and Wichita (USD 259).

I’ve said it before and it bears repeating: structural segregation is alive and well in the state of Kansas. If the only way out of a poor district is to leave, but one lacks the economic wherewithal to move, what else could the conclusion be?

The solution is easy conceptually, but difficult in practice: just give people the freedom to choose where they want to send their kids to school.  The power of the district system, the entrenched bureaucracy of the education establishment, – and it’s the same for the ‘haves’ and ‘have-not’ districts – attempts to thwart any change to the status quo. During the current legislative session both chambers passed and sent a bill to Governor Kelly’s desk for signature; a law that would require a limited amount of open enrollment across the state. To no one’s surprise, the education establishment went on record opposing such a change. Why? The one reason virtually all opposition has in common is money. It’s always money, not student achievement, that is the priority of the schools.