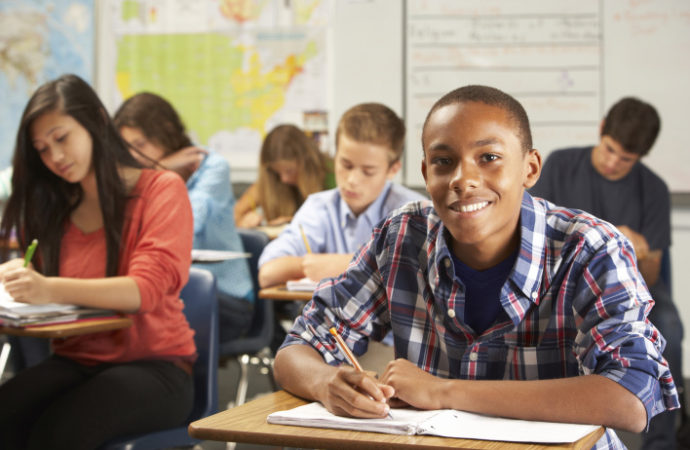 Just when you thought the controversy over teaching critical race theory couldn’t get more controversial, the nation’s largest teachers union, the National Education Association (NEA) upped the ante. At their annual meeting last month, the NEA adopted New Business Item 39, a 432-word mini-manifesto that pushes the deranged notion that the teaching of the history of the United States needs to be transformed to fit the far-left political narrative the union holds so dear. (Note: NEA has removed Item 39 from its website, but the PDF can be viewed here.) They do not attempt to hide where they stand: “(W)e oppose attempts to ban critical race theory and/or The 1619 Project.” And these are not just empty pixels on the screen. They put the cost of implementing this resolution at $127,600.

For the NEA, the teaching of such a divisive concept as critical race theory – one that pits students against each other based on skin color –is now a given. The very first paragraph of Item 39 calls for “a team of staffers for members who want to learn more and fight back against anti-CRT rhetoric; and share information with other NEA members as well as their community members.”

They seem oblivious to the fact that The 1619 Project has been called garbage by serious historians and that half the states have or are in the process of limiting or prohibiting the teaching of the false claims made in critical race theory.

Quoting from the NEA directly, “empire, white supremacy, anti-Blackness, anti-Indigeneity, racism, patriarchy, cisheteropatriarchy, capitalism, ableism, anthropocentrism,” begin the ills facing America. Notice that for good measure they throw in the evils of their perception of male dominance – patriarchy and cisheteropatriarchy (not only males, but straight males).

NEA not only wants to make sure students are painfully aware of the sins of the fathers, but that white students have inherited those sins and are part of their genetic make-up. They prescribe teaching the “accountings of unpleasant aspects of American history…and the oppression and discrimination…as well as the continued impact this history has on our current society.”

Apparently, the oppression they speak of has made a detour around the leadership of the NEA. According to Union Facts, 51 executives of the NEA made a total salary in excess of $200,000 annually in 2019, including the president and executive director who make over $400K. Additionally, consider this statement from The 74 in the light of the NEA’s stance on the evils of capitalism: “The national union’s (NEA) overall financial status is complex. It spent $30 million more than it received in revenues in 2018-19, but it was mostly due to a combination of sales and purchases of securities. Apparently, NEA adjusted its investment portfolio during the year.” Hmm…sales, purchase of securities, investment portfolios. Smells kinda like capitalism to me. Seems what’s good for the goose isn’t so good for the gander.

But there’s more divisive action NEA encourages. They call to join the self-proclaimed Marxist Black Lives Matter organization in October to have a “national day of action to teach lessons about structural racism and oppression.”

Contentious language for sure, and this from an organization that donated more than $23 million through its super PAC NEA Advocacy Fund to left-wing candidates and groups. That amount includes donations to Joe Biden, who pledged to “unify the country.” Apparently, it’s lost on NEA leadership that those two diametrically opposed positions are irreconcilable.

For those rational thinking people who are outside the education system, this is must be maddening, aggravating, confusing and frustrating, to say the least. But for me, it’s personal.

The last eight years of my teaching career were in a school in which the student population was essentially equal parts white, black, brown and mixed races students. The one thing they had in common is that almost all of them were from low-income families. In a typical year, about 90% of all students qualified for the free/reduced lunch program. And there were no race-based problems among the students that I was ever aware of. It’s unconscionable to imagine an indoctrination that proclaims those low-income white students were somehow oppressing their fellow students of color in the school. These were kids whose families were barely scraping out a living. And, what’s even more inconceivable is that any of the teachers I knew, both white and non-white, would be OK with teaching critical race theory when they knew it would cause a needless and harmful schism among the students. I would like to think this would be the case across Kansas, in elementary, middle and high schools.

I would like to challenge NEA president Becky Pringle, described by NEA as “a fierce social justice warrior,” one so hell-bent on causing a divide among the students, to spend a semester at a Topeka 501 middle school. A school in which the student population is pretty similar to the elementary school in which I taught. Such a stint at Topeka 501 would help her fulfill the directive in the resolution to “(c)ommit President Becky Pringle to make public statements across all lines of media that support racial honesty in education including but not limited to critical race theory.”

If this weren’t so serious and dangerous it would be comical.

The irony here is that the real oppression is the district system that keeps students of all races, those of color in particular, stuck in a failing school system. The district based turf is sentry-like guarded by the NEA and its sister organization, the American Federation of Teachers (AFT). Its very existence is an inherently segregated system with NEA and AFT serving as a foundation that is so rigid and ungiving, it makes rebar look like wet noodles. And this system thrives at the cost of those they profess to serve.

A real-life example is what happened in Massachusetts in 2016. There was a ballot measure to expand the highly successful public charter school program in that state. One in which, summarized by this Brookings Institute article, the “research shows that charter schools in the urban areas of Massachusetts have large, positive effects on educational outcomes. The effects are particularly large for disadvantaged students, English learners, special education students, and children who enter charters with low test scores.” Despite these measured successes, the initiative went down in flames, largely due to union opposition. In that election, NEA and AFT combined to put up $7 million to thwart an expansion of parental choice.

With all the controversy and arguments and legislative and local action against in reaction, the question is simple: Why? Why is the NEA pushing such a divisive agenda? NEA is already hemorrhaging membership, with a loss of nearly 35,000 members in the past two years. No doubt Item 39 will contribute to more members quitting or refusing to join in the first place. In fact, I predict many Kansas teachers will drop their union membership.

I ask you KNEA members, is this what you want your dues to support?