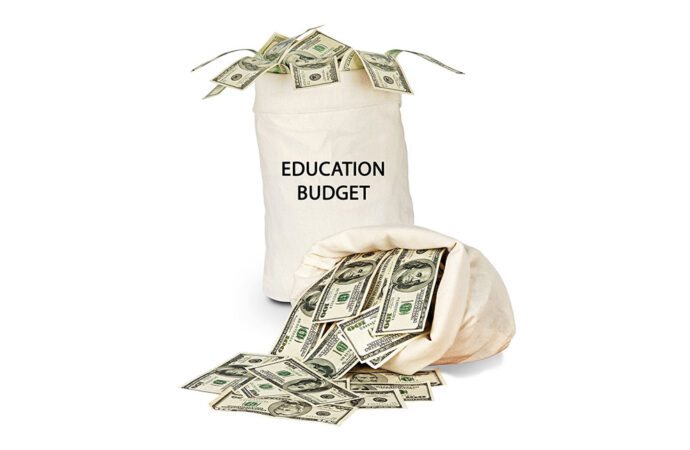 Flying under the radar, obscured by the hot-button issue of multi-trillion dollar “infrastructure” bills and a newly energized COVID concern, is a proposed increase by the Biden administration to more than double the largest federal education instructional program. Title I, as the program is commonly known, was established in 1965 “to support school districts in educating the nation’s economically disadvantaged students.” Approximately $16 billion annually is provided directly to eligible school districts without passing through the states based on a formula driven largely on the percentage low-income students in a district. Kansas districts typically receive a total Title I allocation of somewhere around $110 million annually. (A list of how much Kansas districts received in 2019 is available here.)

Biden is proposing the annual nationwide Title I allotment be increased from $16 billion to $36 billion. That’s a whopping 125% increase in one fell swoop. In a climate in which federal spending is so high that billions are now rounding errors, the proposed Title I increase is still a lot of money.

Why such a huge increase all of a sudden? Is it because Title I has been effective in “educating economically disadvantaged students”? Not according to recent studies. The Brookings Institute released a report claiming that Title I “doesn’t work.” Brookings, a left-leaning organization, points out that “there is little evidence that the overall program is effective or that its funds are used for effective services and activities.” They found that Title I money is spread out so thinly that it doesn’t effectively target those students it was meant to serve.

If a federal program that spends billions inefficiently and ineffectively with nothing to show for it sounds familiar, it should. Title I is essentially a smaller version of the Kansas at-risk program, one in which districts spend about four times as much as Title I, but doesn’t improve the educational outcomes of the students the program was designed to help. In full disclosure, Brookings asserts that Title I needs five to eight times as much money to be effective. But given the failure of the Kansas at-risk program and the limited effectiveness of Title I, what makes one think increasing Title I money would help?

One need not leave the Sunflower State to see that more money does not increase student achievement. Despite a nearly 10-fold increase in at-risk spending since 2005 – to nearly a half-billion dollars annually – NAEP scores in both reading and math have actually decreased for low-income students over that same period.

Having been a Title I math teacher for the last several years of my teaching career in Topeka 501, I can personally attest to the inefficiency of Title I spending. The distribution of Title I resources, in my experience, was based much more on “office politics” than actual student need. My time teaching students was directed by the building principal in which time spent with students was based on giving equal amounts of minutes to each classroom, not based on the needs of the students. At the district level the administration allocated teachers to individual schools based much more on “squeaky-wheel” principals than determining the best bang for the buck. There was one attempt to change the way Title I teachers and other resources were allocated to schools, one actually based on the academic needs of the students, but it went nowhere.

Apparently, the primary Biden administration goal of such an increase is not to improve student achievement. According to Biden himself, the first objective of spending more Title I dollars is “ensuring teachers at Title I schools are paid competitively.” So according to the president the most important factor in reaching the goal of improving educational outcomes of economically disadvantaged students is to raise the salaries of the teachers. Hmmm….

Time will tell if the president will get Congress to go along with his budget request. If Congress chooses to grant the request, until the feds, the school districts and individual schools figure out how to spend Title I dollars focused on student achievement, it will be the same old story.

Next: Inside the Title I numbers in Kansas