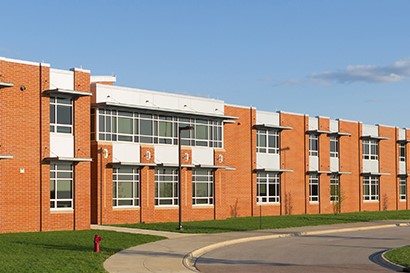 “We are cautiously optimistic we will be in school in August 2020…There are too many students who cannot grow socially and emotionally if they are not in the building.” – Education Commissioner Randy Watson to the Kansas Association of School Boards

Those few words speak volumes about how the education establishment in Kansas sees K-12 education. The operative word in the quote from Commissioner Watson is “building.” That’s because, in their eyes, the “building” (institution) is the focal point of education. The “building” is the control center, it’s where administrators, teachers and students gather at a central location to deliver and receive education services. It is literally the home to the 20th-century factory model of education – top-down management, age-based classrooms, and a one-size-fits-all approach to teaching and learning. It’s a “derrieres in chairs” approach in which outcomes are measured in time spent, not knowledge exhibited. Commissioner Watson even took it one step beyond. In his opinion, the social and emotional development of our youth is also a function of bricks and mortar.

More often than not, a crisis serves as a vessel for change. In 2005, Hurricane Katrina devastated New Orleans. The leadership in the Big Easy reacted by forsaking the old education system and implementing a charter school-based system. The change was warranted because the existing system was not serving students and families, to say the least. The fact that those who research outcomes have reported gains over the old system is not the point. Giving the power to choose – putting the educational power and responsibility in the hands of students and parents and removing it from an archaic monolithic bureaucracy – is the salient argument.

This is not to say that the impact of COVID-19 in Kansas and Katrina in Louisiana are comparable. The point is the COVID-19 crisis has revealed alternatives to conventional education as Katrina did. In this case, a crisis has forced the education community to embrace the realities of educating students away from the conventional building-based model. Although distance learning isn’t a long-term solution for many, inarguably it is for some.

As Jeanne Allen, CEO of the Center for Education Reform (CER), recently published, the crisis has magnified the reality that “education needn’t be ‘place-based,’ or dependent on a specific classroom…in order to be learning.” Furthermore, the crisis has shown “that helping a student master a grade-appropriate level of competency in a subject is more important than whether they’re in a classroom a certain period of time.”

Predictably, the Kansas education establishment wants to return to the “old normal.” That would be the “normal” of institution focus, low student performance, high income-based achievement gaps and expenditures spiraling out of control. KASB in particular is looking through the eyeglass in reverse. Instead of recognizing that students can capitalize on pursuing an alternative model, the focus is on those they feel cannot. “In discussions with local school board members from across the state, concerns have been raised about a significant number of students who don’t have internet access to continue their studies at home, the difficulty in reaching some students simply to check if they are OK and providing help for children with disabilities,” said the Kansas Association of School Boards. Translated: we need to get students back in our buildings.

Pardon the cliché, but it’s time for a “new normal.”

What would a “new normal” look like? At least the following:

-> Expanded opportunities for distance learning. Examples include better internet access, more on-line classes and making computers available for those who don’t have them.

-> Make funding follow the student to the school, not the district. This is both reasonable and pertinent since districts must now report expenditures to the feds by building.

Jeanne Allen of CER stated it eloquently: “let’s absolutely not let a desire for ‘normal’ preclude the ability of a parent to choose a school other than the one which the student is assigned by virtue of his or her housing pattern.” This zip-code based school assignment of students is central to maintaining and expanding an inflexible district system, an organizational structure that has come to resemble a feudal state. The stranglehold of the education bureaucracy and its relentless defense of the status quo is precisely how and why the “building” stands as the hub of K-12 education and not the student.

Indeed, it’s time to usher in a “new normal.”