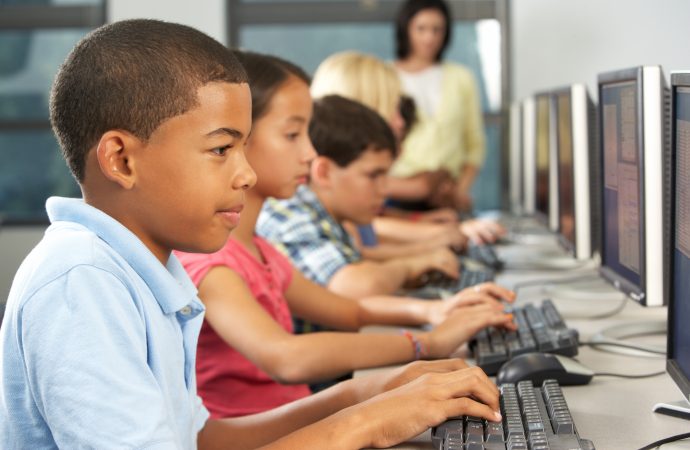 State assessment scores for 2019 remained virtually unchanged from 2018 and slightly lower than 2017 scores despite a court-ordered influx of hundreds of millions of dollars to K-12 public education pursuant to the Gannon lawsuit. Overall, the percentage of all students taking the state assessments – grades 3 through 8 and grade 10 – who scored proficient (Levels 3 or 4) dropped slightly in math, from 32.9% to 32.6%. In English language arts (reading) those proficient dipped from 36.9% to 36.6%. At the other end of the spectrum, the data for those below grade level (Level 1) improved slightly in math – from 29.2% to 28.3%. But the percentage of those in Level 1 rose in English language arts from 29.2% in 2018 to 29.5% in 2019.

Results for 10th graders are of particular interest because they are closest to attending college or starting a career. The results show how acute and varying the problem is in large districts across the state. A staggering two-thirds of 10th graders in Kansas City (USD 500) are below grade level. The numbers aren’t much better in Wichita, Topeka, Hutchinson and Garden City. Only Manhattan has a higher percentage of those college/career ready those scoring below grade level among this group. A much different picture, but still unsatisfactory, appears for the Johnson County schools. Blue Valley has the highest percentage on track to be college/career ready, but it’s still less than half of the students. Olathe and DeSoto are the only other districts that have more students college/career ready than below grade level.

The grade-level results for the state assessments tell a troubling tale. As students get closer to graduation, they appear to be less ready for college and/or career than they do in the lower grades. This holds true in both math and English Language Arts but is much more evident in math. Only half as many students are on track to be college/career ready than those in third grade. 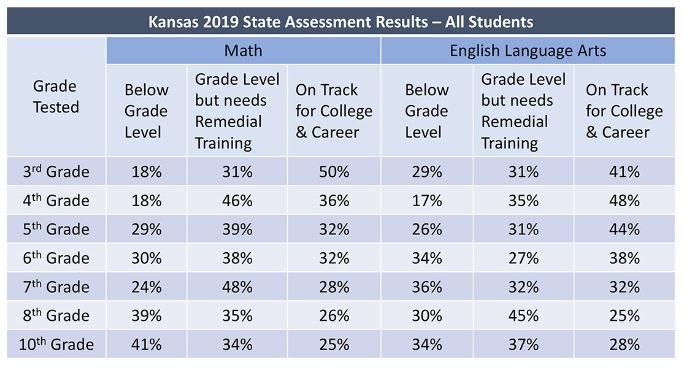 Achievement gaps based on income are essentially the same as last year. At the proficient level, that gap dropped a bit in math from 26.1 to 24.7 percentage points. The gap for English language arts also dropped, from 27 to 25.9 percentage points. However, as the table below shows, almost all the gap reduction is attributable to the non-low-income students faring worse, not an improvement for the low-income students. The results for those who scored in Level 1 are similar. 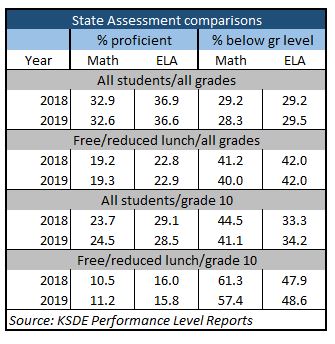 Regardless of the slight up or down numbers for the 2019 state assessments some impacts remain stubbornly unchanged:

-> The percentage of Kansas students who are proficient in math and/or reading is unacceptably low.

-> The percentage of students who are below grade level remains unacceptably high.

-> The increase of hundreds of millions of dollars to K-12 education pursuant to Gannon has not led to an increase in student outcomes.

These outcomes are further evidence of a broken record syndrome: an increase in education funding does not lead to higher achievement.