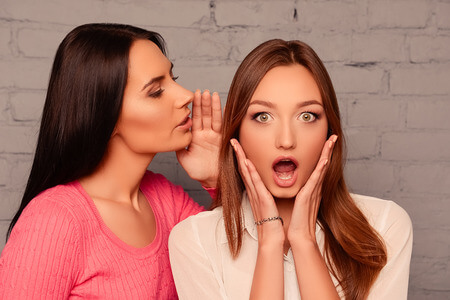 How do we take state assessment results, in which a vast majority of students are not on pace for being “post-secondary ready”, and make them sound better than they really are? That was the overarching discussion at the August State Board of Education (SBOE) meeting as the SBOE was tasked with adopting a new set of cut scores for 10th grade math in state assessments. It appears the answer to that burning question is all about “messaging,” a ploy to make people think things are way better than they really are.

The fact is, doing a better job of “messaging” is something one seeks when things aren’t going so well. Until recently, it used to be called “spin”, but that term carries with it a negative connotation. “Messaging” has a much more positive ring to it. Lately, I’ve heard scores of times from the current federal administration that our floundering economy is actual doing great, “better messaging” is what is needed to convince folks. That same approach is what members of the SBOE believe is in order to explain the paltry state of state assessment results.

It was when the members saw these numbers – and came to the realization that more than three-fourths of 10th graders are not proficient in math and nearly half perform at the lowest level – that “messaging” took center stage. In a rather rambling statement/question to Dr. Kingston, board member Betty Arnold expressed her concern that since 40% of students will not be going to college (her number), the public is going on incorrect assumptions and it doesn’t really matter if those students are not “post-secondary” ready. “This has been my message of the day. Is there perhaps a more effective way that can be communicated?”

“I think a lot of it is messaging. We talked about that all across the board today.” Those were the words of member Michelle Dombrosky, who apparently doesn’t want to discuss state assessment results and instead focus on whether the “parents are happy.”

Deena Horst, who is the SBOE legislative liaison, and has served on the board since 2013, expressed frustration with trying to explain what the four levels mean when she doesn’t understand them. She lamented, “there is a disconnect in the way we are messaging” when it comes to the way certain legislators interpret state assessment data.

The board has only themselves to blame for this “messaging” predicament. The SBOE approved (and pay for) the current testing system, which includes the scoring of test results. They clearly don’t understand what the grading scale means nor what the four performance levels mean. Almost no one understands what those mean, so the public looks at the four performance levels and the accompanying definitions and come to their own conclusions. Can you blame the public for that? This is a main reason KPI publishes an A-F Grading system that translates state assessment scores into an easy-to-understand letter grade method.

State assessment results are important, as I witnessed during my two decades as a public-school teacher. No, they are not the be-all and end-all of education. But because they are an essential piece of the puzzle, it is imperative that the body that oversees the process, in this case the SBOE, has at minimum a working understanding of what the scores mean. It is clear that they do not. This lack of understanding falls on the shoulders of Education Commissioner Randy Watson, who has failed to educate the members on the state assessment process.

The only board member who spoke up and seemed interested in learning about the process is Ben Jones. And he seemed apologetic for wanting to get the information. He didn’t want to take up the board’s time in doing so. Why not? That’s exactly what they should be doing, learning and understanding the process and what the scores mean. And the irony here is that Jones was just defeated in a primary election and will be replaced in 2023.

Look at it this way. The SBOE just approved a scoring method that they admittedly don’t understand and complained that they don’t know how to explain the results. Is there a problem here?

If the members really want to understand what these scores reveal, start with this question: Why is there a 220-380 scoring scale? The SBOE could have the assessment scores provided in terms of the percentage of questions answered correctly. You know, a 0-100% basis. That method was almost entirely the basis for the way the No Child Left Behind scores were reported. People from all walks understand that kind of scoring because that’s what we all grew up with. That’s an easy solution that doesn’t require better “messaging.”

Several years ago, an ESPN analyst was discussing the Boston Red Sox, who were having a bad year. He said something like “the Red Sox are a really good team, they just don’t win very many games.” That might be the best “messaging” (it was still called “spin” back then) I’ve ever heard. Perhaps the SBOE messaging could be similar. “Our students’ academic achievement is the highest in the nation, they just don’t do well on tests.”

That’s a message that needs no “messaging.”