It depends on what you choose to see 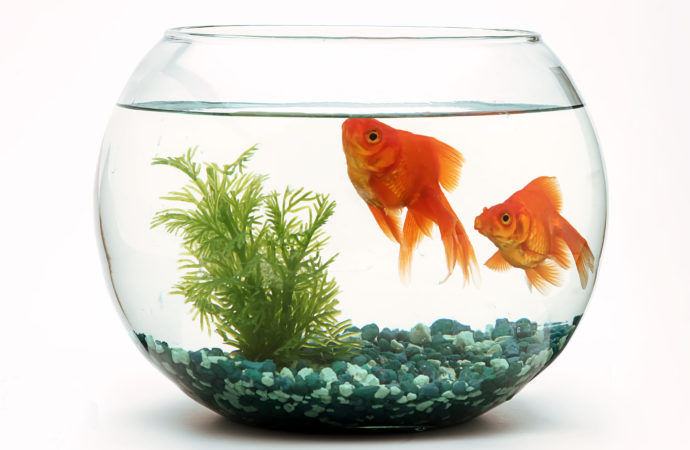 Human action has been laid bare as society and individuals grapple with COVID-19 and adjust to a new reality, short though it hopefully may be. It simply depends on what we choose to see in our daily interactions or in observing our elected officials.

A weekend trip to the grocery store shows nearly abusive behavior as people scramble amidst a perceived shortage. Frayed nerves serve to add additional vitriol to social media debates that were already toxic. Fingers point and political opponents are “destroyed” with competing sounds bites of who’s to blame.

A trip to the grocery store sees one shopper help an elderly stranger reach the sour cream on the highest shelf. Words of encouragement or prayer are “liked” and shared on Facebook as bitterness takes a back seat. There is a bipartisan realization that public health takes priority over partisan gain.

These competing impulses are both very real but so much depends what we choose to see. Goldfish don’t know they’re swimming in water, after all.

We can also see that despite brief shortages of toilet paper and other basic necessities, our free enterprise system will overcome momentary inconveniences and provide essential items to the many. Venezuela’s socialism couldn’t provide TP with any sort of regularity during their best times.

Our health care system will likely be stressed in the weeks to come but, despite its byzantine nature, we lead the world in health care innovation. We’d all rather be sick in America amidst the dedication of countless doctors, nurses, and others as they tend the sick.

Governments will issue edicts about large gatherings but churches, youth sports leagues, and businesses were already taking steps to protect members and employees.

Individuals, families, and countless organizations were enjoying the “blessings of liberty” to protect themselves and those they care about instead of waiting for some official news release.

Some government official will confirm our cynicism and push a partisan priority. They’ll prove Rahm Emanuel, President Obama’s first chief of staff, right when he said, “never let a serious crisis go to waste.” In a rush to act, some well-intentioned bureaucrat won’t think twice about ignoring the Bill of Rights by way of “protecting” public health.

Unfortunately, this isn’t seen simply in the abstract. Many legislators in Topeka are pushing for a “clean” budget that keeps essential state functions going. Others, are attempting to force Medicaid Expansion onto the budget to buttress their electoral prospects. Constitutionally dubious curfews are taking effect that put many hourly workers in financial jeopardy. Prudence dictates safety measures and some limits are likely appropriate but, heavy-handed decrees simply prempt on-going private action and lead to government bailouts. Bailouts that didn’t work for Wall Street, automakers, or countless other favored groups in our nation’s history.

Imagine how much better prepared our health care system would be if doctors or nurses could serve patients where they are most needed – be it Missouri, California, or Kansas – through licensing reciprocity. Picture how much more effective a testing or treatment regime would be without our impenetrable regulatory system. Our government would be more nimble if they dedicated scarce resources to preparing for disasters instead of pushing protectionist measures like preventing companies from employing an in-house doctor.

Despite America’s manifest problems and the fact that we’re faced with a unique public health situation, our civil society will endure. Our commitment to liberty leaves us better equipped than nearly any society in human history to move past the current shadows.

Kansas’s, indeed America’s, best days are ahead of us…it just depends on what you choose to see.