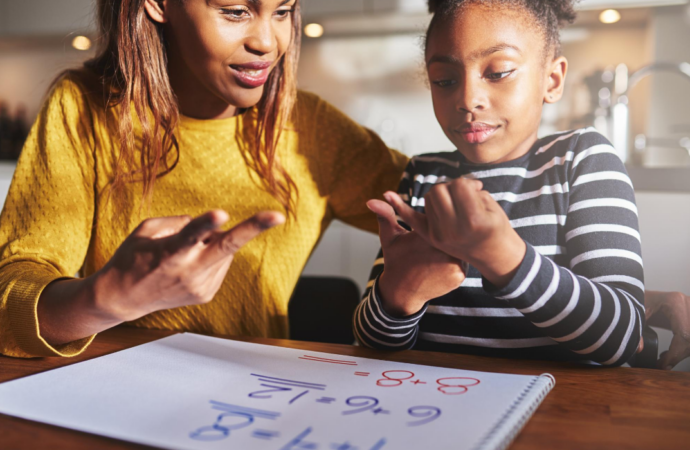 In response to the COVID-19 pandemic, KSDE has developed a 1,190-page document (yes, 1,190 pages!) –Navigating Change: KANSAS’ GUIDE TO LEARNING AND SCHOOL SAFETY OPERATIONS – to assist school districts in reopening this fall. The “guidance document” features a competency-based approach that schools may choose to adopt. From the discussions among those involved one would think competency-based education is something KSDE either invented or just discovered.

What is competency-based education (CBE)?

According to the National Council of State Legislatures CBE is “a term that describes learning progressions based on mastery of content rather than passage of time.” In other words, a student progresses at his or her own pace and can work on appropriate content regardless of age. For example, if a student exhibits a mastery of reading at a third-grade level, he or she moves to a fourth-grade content level without waiting until the proceeding school year to move to the next grade. It is an approach based on what a student knows as opposed to the 19th century model of how many hours a student spends in a classroom, mostly sitting in a chair. Done correctly, thoughtfully, and thoroughly, CBE is what education should be.

This is not a new, novel approach to teaching and learning. Several states have embraced this model on some level. New Hampshire was the first in 2005 and continues to be the national standard.

Regarding what KSDE sees as the prospective impact of CBE, it is brazenly stated in the document:

This work has the potential to change the way we meet students’ needs for the next 30 years and beyond by allowing students to demonstrate mastery of their learning in a variety of ways.

An article in the Wichita Eagle quotes an Olathe middle school teacher and CBE supporter who says:

It’s almost like a re-imagined way to learn…It’s the perfect time for students to be heard and find their voice. Can you imagine the impact we could have on education in the matter of a few years?

We like to say we’re trying to personalize the experience for kids and families…And to do that, you’ve got to start allowing students not only some choice, but to have some control over the pace of that education, too.

Of course, these testimonials beget this elementary question: Why did it take a public health crisis for the Kansas education establishment to open their eyes to the reality that there is more than one way for students to learn and progress, or better yet, that the one-size-fits-all approach is not in everyone’s best interest?

The simple answer is that the Kansas public education paradigm is institution-based, not student-based. I recently wrote in this blog how that has been reinforced by the direction the state is headed for reopening in the fall.

The quote from the Olathe teacher summarizes how those in the current system cannot see the forest for the trees. If students are “unreachable within the brick-and-mortar buildings” as she was quoted, why does it take a pandemic to shake the public school system into realizing there is more than one means? It’s sad almost to the point of being tragic that CBE is somehow considered “almost like a reimagined way to learn.” I’m not casting aspersions on the teacher because I witnessed for 20 years how easy it is for teachers to get indoctrinated into the single-way model of teaching and learning that is pervasive in the traditional educational domain. Why is now the perfect time for students to be heard and find their voice? Shouldn’t that always be the case?

This parable from novelist David Foster Wallace fits this absence of enlightenment to a T:

There are two young fish swimming along who happen to meet an older fish. The older fish nods at them and says:

The two young fish swim on for a bit and then eventually one of them looks over at the other and asks:

‘What the hell is water?’

That is a metaphor for K-12 the public education system in Kansas. To the “young fish,” the traditional method is so entrenched, so taken for granted that they don’t even realize it envelops them. It takes the “older fish”, one who has experienced something different to recognize there is an alternative to that which is ingrained.

Rick Ginsberg, dean of KU’s School of Education is a prime example of a “young fish.” The Eagle article quotes him as saying, “(t)imes of crisis open up opportunities for significant change. If we handle it well, it may, in the long run, turn out to be something that works to students’ advantage.” Clearly, Mr. Ginsberg doesn’t consider a system that (a) perpetuates low overall student achievement, saddled with (b) substantial and stagnant income-based achievement gaps, and propelled by (c) an insatiable appetite for taxpayer dollars as being in a “crisis.”

Does CBE have a realistic chance in Kansas?

It’s highly unlikely CBE will put down roots in the Kansas educational landscape. Keep in mind this isn’t something that can be implemented overnight. As Susan Patrick, president and CEO of Virginia based Aurora Institute, an organization that promotes CBE, claims, “(c)ompetency based education is more than just an initiative. It really is a full systems change.” Does anyone believe the K-12 education in Kansas is ready to pursue a “full systems change”?

I come to the conclusion that CBE is fated to be a non-starter based on two assumptions that are not mutually exclusive: (1) the educational status quo in Kansas enjoys a powerful omnipresence and (2) the pandemic isn’t going to last forever. Regarding the former, any attempt to change the traditional age-based grade placement, derrieres-in-chairs approach to teaching is going to encounter robust opposition. That in part will be due to the latter; the view that once the pandemic is over, the education establishment will see no point in adopting a new system they failed to acknowledge in the first place.

It’s unusual that Commissioner Watson used the word “choice” in describing what students and families need during these times. This is the same Commissioner Watson who once told me that school choice would never work in Kansas because the state is too rural. Funny, but many of the students whose education has been most interrupted during the pandemic is because they are in rural areas without adequate access to distance learning.

Perhaps Mr. Watson is beginning to grasp that not all students learn the same way or should be educated in cookie-cutter fashion. Unfortunately, Watson’s embrace of “choice” is limited to the arena inside the traditional public school perimeter. Real educational “choice” affords students and families to choose the best educational approach – e.g., public charter schools and private schools – not the institution’s choice. If it is true that the state board of education wants to “change the way we meet students’ needs,” the state board must embrace a variety of choice options and become an “older fish.”

Note: An abridged version of this article was published as an op-ed in the Topeka Capital-Journal.