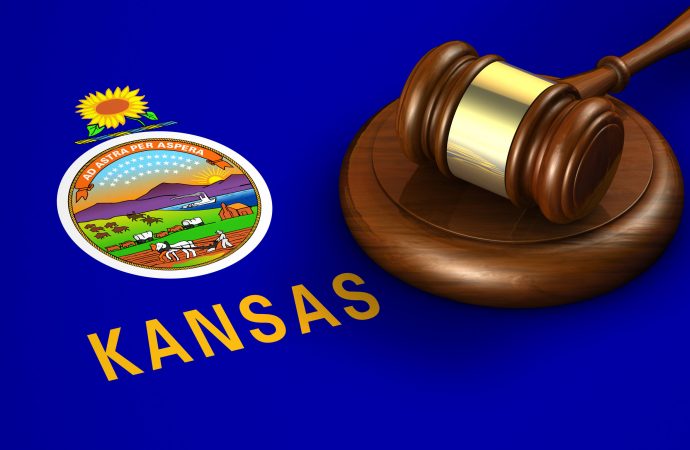 There’s no constitutional amendment on the November ballot but it’s one of the major issues facing whoever gets elected.

When the Constitutional Convention of 1787 concluded, a Mrs. Powell of Philadelphia asked Benjamin Franklin, “Well, Doctor, what have you given us?  A Republic or a monarchy?”  Franklin responded, “A Republic, madam, if you can keep it.”  Numerous actions taken by the current state supreme court has prompted serious consideration of amending the state constitution in order to preserve one of the fundamentals of our constitutional republic – the separation of powers doctrine.

The new legislature and governor must respond to the court’s latest ruling that a six-year, $950-million funding increase is still inadequate.  One option would be to decline the court’s demand and there are two critical Kansas Supreme Court rulings that support that option.

The court’s 1994 ruling in USD 229 v. State of Kansas declared that “suitable provision for finance” in the Kansas constitution does not refer to a level of funding, but to a system of finance which, as stipulated in the constitution, may not include tuition. “Adequate” isn’t part of the constitutional language on education; that adjective was created by courts.

And in 2015, the court found the Legislature’s attempt to allow local judges to elect their own chief judge unconstitutional. The court said the Legislature violated the court’s constitutional authority and quite emphatically said it is the duty of the judicial, legislative and executive branches “… to abstain from, and to oppose, encroachments… ” on their authority.

Ignoring the 1994 precedent isn’t the only directional change of the current court. It’s not unlike playing board games with young children, with the rules constantly changing so the rule-maker can win.

The court’s first ruling on the current case established a new test of adequacy (reasonably calculated for students to achieve certain outcomes) rather than the old Base State Aid primary test; it also said all funding sources should be considered and declared cost studies to be “more akin to estimates than … certainties.…” Now we’re back to using artificially inflated cost studies and primarily focusing on Base State Aid.

Student achievement is only marginally considered by the court. Every instance cited purporting to correlate higher spending with better outcomes is easily refuted with multiple examples showing exactly the opposite.  The simple and unfortunate truth is that achievement has not improved over the last twenty years despite large inflation-adjusted spending increases.

For these reasons, many people believe a constitutional amendment is the only way to end the litigation cycle. In fact, the last public opinion poll we commissioned on the matter show less than a quarter of voters think courts should set funding levels, and most voters support some form of constitutional change. A constitutional amendment would also prevent courts from effectively imposing even larger tax hikes, which dramatically impact our children’s future.

Here are some questions you might consider as you ponder whether the constitution should be amended.

— Do you believe courts or elected legislators should establish school funding levels?

— Should the constitution be amended to stipulate that courts have no authority to determine whether school funding is adequate or whether it should be increased?

— Do you believe taxpayer money should be used to sue the state or the legislature for more money?