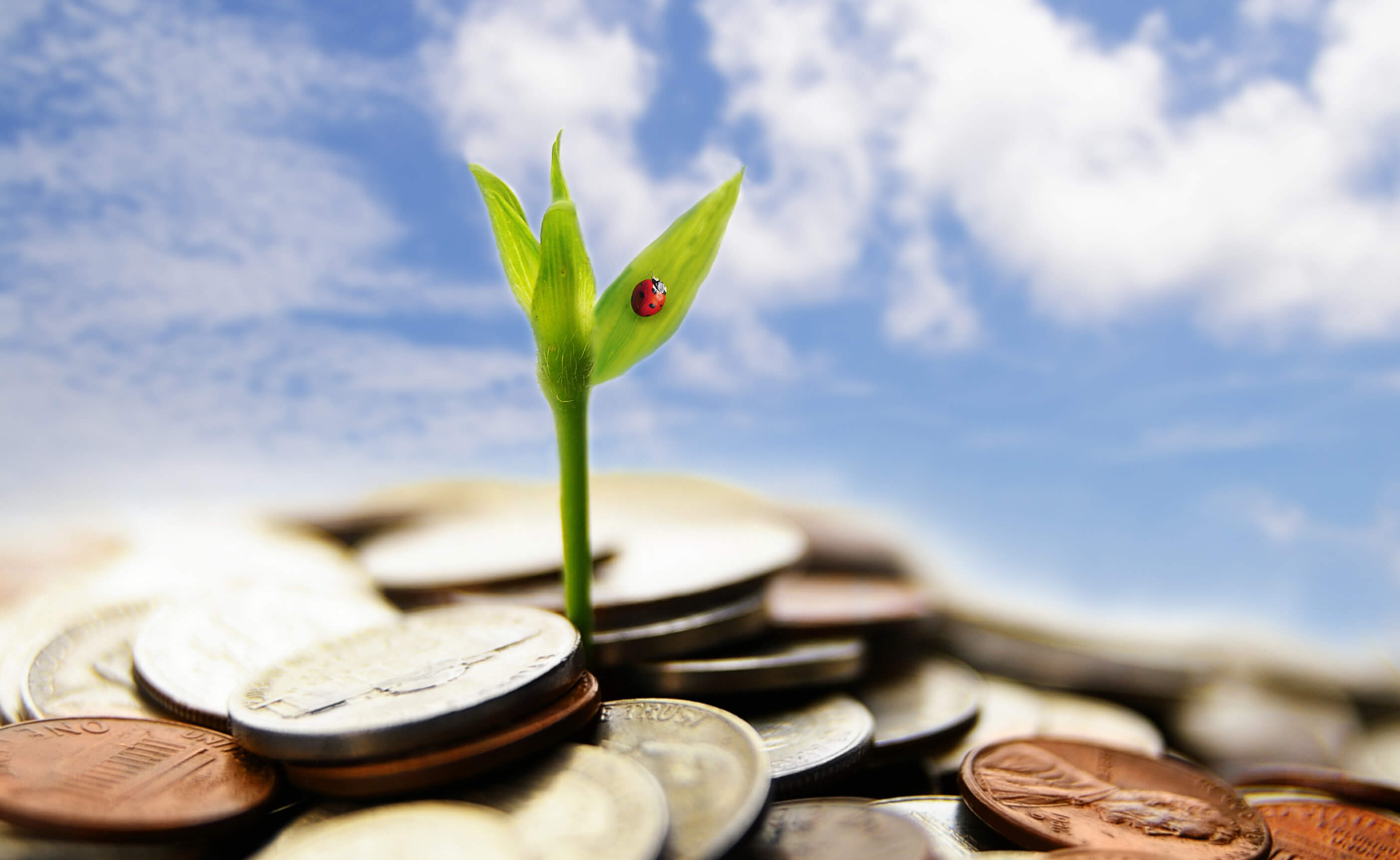 Kansas’ income gains from Missouri have been quite dramatic since tax reform in 2012. This comes according to data from the Internal Revenue Service (IRS) and analysis from the Kansas Department of Revenue (KDOR) showing a net positive amount of income flowing  into Kansas from Missouri starting in 2010 and continuing through 2014 (latest available data). After exceptionally strong, post-tax reform inflows in 2013 and 2014, Kansas now holds a nearly $85 million cumulative advantage in income gains from Missouri. This marks a reversal of a 14-year trend—from 1995 to 2009—of Kansas losing income to Missouri to the tune of more than $263 million cumulatively over the period. 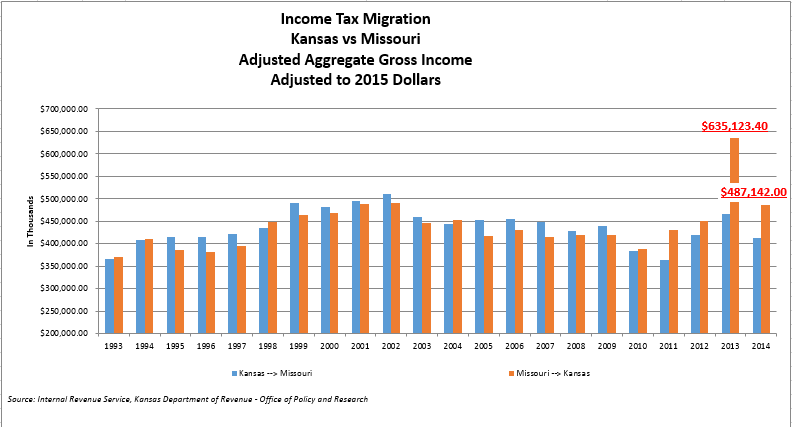 This positive inter-state momentum for Kansas relative to Missouri may be carrying over to Kansas’ income flows to/from the rest of country as well. In 2012, Kansas lost a net negative $285.5 million in income to the rest of the country. Kansas’ losses for 2014 were considerably less, at just over $153 million. 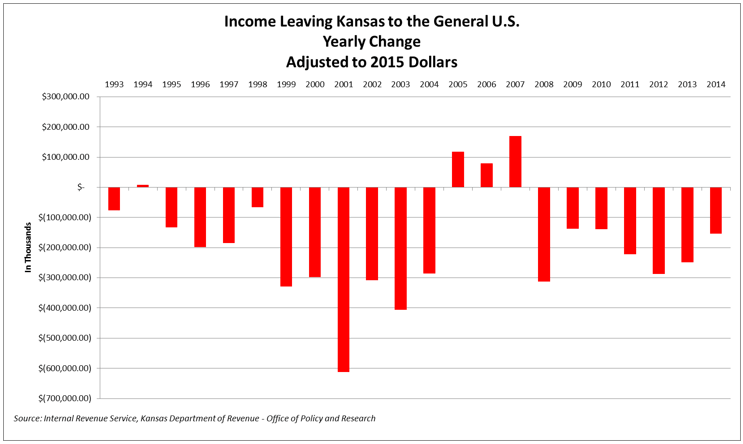 To be sure, this income migration data is just one piece the proverbial economic health equation for the Sunflower State. Yet, it also signals another example of some positive post-tax reform momentum you won’t hear about from media. 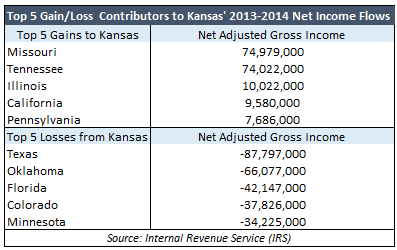