That made for a great media sound bite but his claim is not true.  I wrote and asked Mr. Heim to substantiate his bold claim.  He never responded.  KASB Associate Executive Director Mark Tallman did confirm that their data on total funding only goes back to 1990.  I can’t speak for Mr. Heim, but my grandparents were supporting my parents’ public education in the 1940s and 1950s…not the 1990s.

Not that personal income has anything to do whatsoever with what schools need to function, but we ran the numbers from 1990 forward and found that taxpayer support of public education has grown faster than personal income. 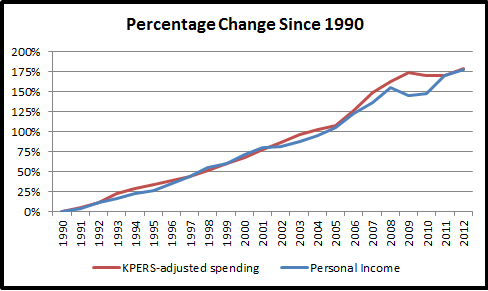 The real gap, however, is a bit wider.  You see, personal income includes money that is never available to pay taxes, such as the money employers spend on your health care insurance and retirement.  Personal Current Transfer Receipts are also included in the calculation of Personal Income.  PCTR includes “…income payments to persons for which no current services are performed and net insurance settlements. It is the sum of government social benefits and net current transfer receipts from business.”[i]  Current transfer receipts of individuals from businesses “…consist primarily of personal-injury liability payments to individuals other than employees.”[ii] 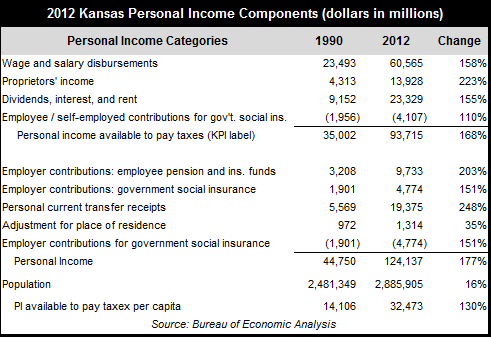 Here’s the comparison of taxpayers’ support of public education with their income available to pay taxes. 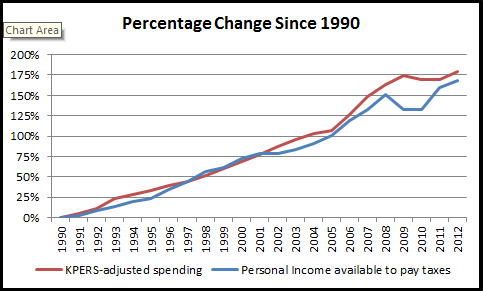 The gap between per-pupil support of public education and per-capita personal income available to pay taxes is even greater. 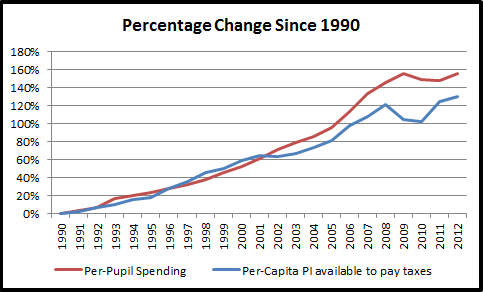 The case made by KASB certainly underscores an entitlement mentality but it has no relationship to funding needed to successfully operate schools in a cost-effective manner.  KASB is just trying to justify more spending.  It’s not really about the kids; it’s about the money. 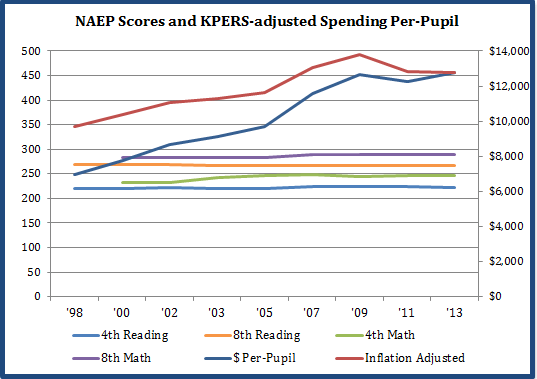 Stay tuned for more episodes of “It’s all about the money.”

[i] Bureau of Economic Analysis, http://www.bea.gov/glossary/glossary_p.htm