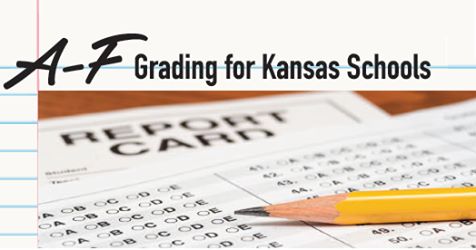 Kansas Policy Institute has just released the 2021 A-F Grading report card for 1,273 Kansas public and 122 Kansas private schools. KPI began this school report card system – based on state assessment scores – in 2017 and followed with report cards in 2018 and 2019. After a COVID related absence in 2020, the 2021 report is now available. The purpose of the A-F grading system is to give parents and other interested parties an easy-to-understand “one-stop-shopping” system of how schools are actually performing. The Kansas State Department of Education (KSDE) publishes a “Report Card” on its website, but one must navigate through a myriad of indicators, and there is no grade-based summary for each school.

KPI utilizes state assessment results reported by KSDE and translates raw scores (which range from 220 to 380 for math and for English language arts – ELA) into letter grades. (A full methodology outline, data, and definitions is available on the A-F Grading home page.) 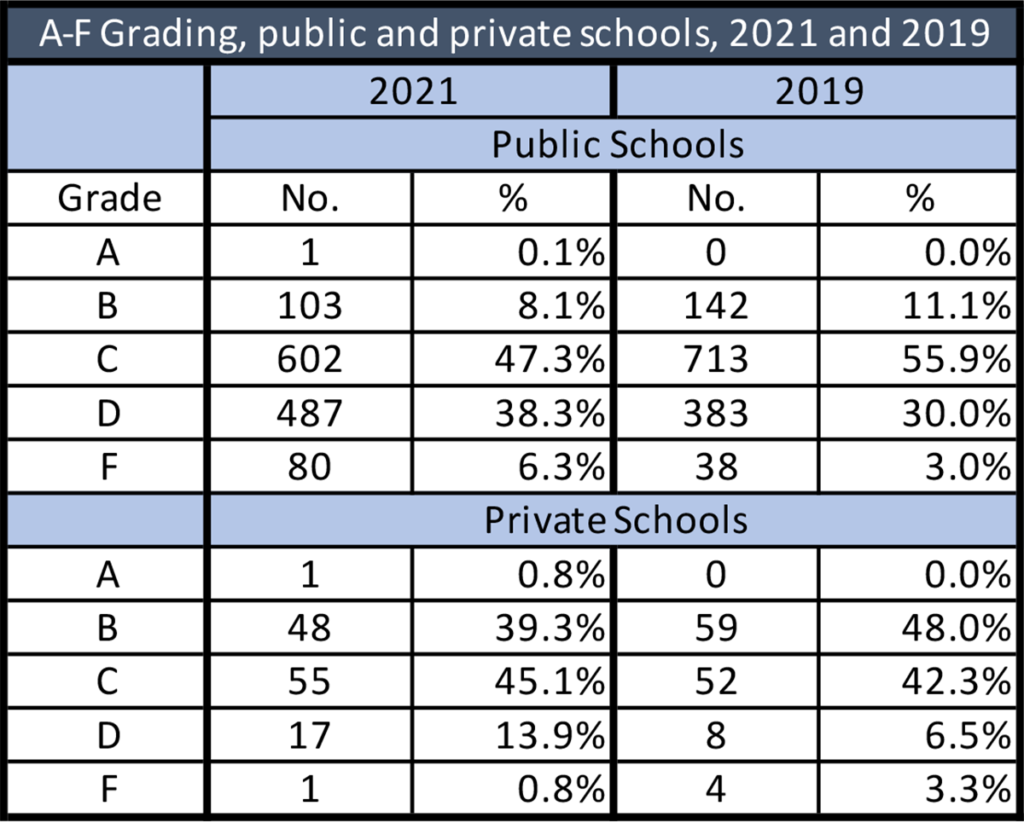 This reporting system continues to provide opportunities to explore questions surrounding the issue of school performance. Why do some schools continue to out-perform others? Despite a year of educational disruption due to school closures and distance learning, what did the schools that improved do differently in 2021? With private schools doing markedly better than public schools, how does this data speak toward more parental choice in education?

The A-F Grading system is also important because it reveals the actual state of performance of Kansas schools. While the State Board of Education and KSDE leads us to believe that “Kansas leads the world in the success of each student,” and the Kansas Association of School Boards continues to propagandize that Kansas is one of the top 10 school systems in the nation, this KPI presentation and analysis of state-produced data tells a much different story regarding student achievement. In a world that is increasingly distrustful of bureaucratic government information (and rightfully so), it is essential to have independent voices like KPI’s to monitor and document realities. A-F Grading is one such document.