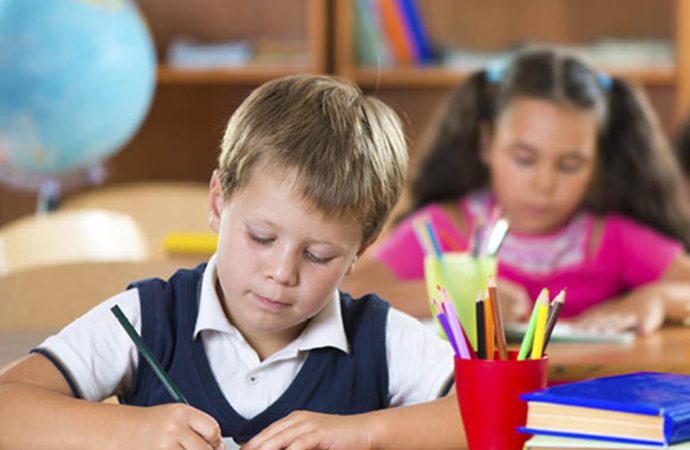 Education data for all 50 states  just released by the U.S. Census shows Kansas had the 15th highest state aid in 2017 at $8,130 per-student.  Additional funding provided since then puts state aid in excess of $9,000 per-student, which would put Kansas among the ten highest in the nation.  New Jersey had the 10th highest amount in 2017, at $8,847 per-student. 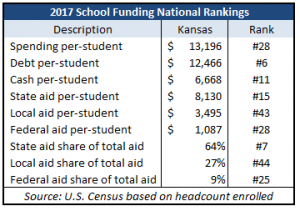 Local aid per-student is the 43rd highest in the nation, at $3,495; federal aid of $1,087 is ranked #28.  Census bases per-student amounts on headcount enrollment rather than fulltime equivalents used by the Kansas Department of Education, so Census amounts are slightly lower than those reported by KSDE.

The portion of school funding provided by the state is also one of the highest in the nation.  Kansas schools receive 64 percent of funding from the state, which is the 7th highest allocation; the national average is 47 percent.  Only 27 percent of Kansas funding comes from local sources, compared to 45 percent nationwide.

As school districts continue to sue taxpayers for more state funding, this new Census data is a sadly ironic reminder that state funding is already among the highest in the nation.