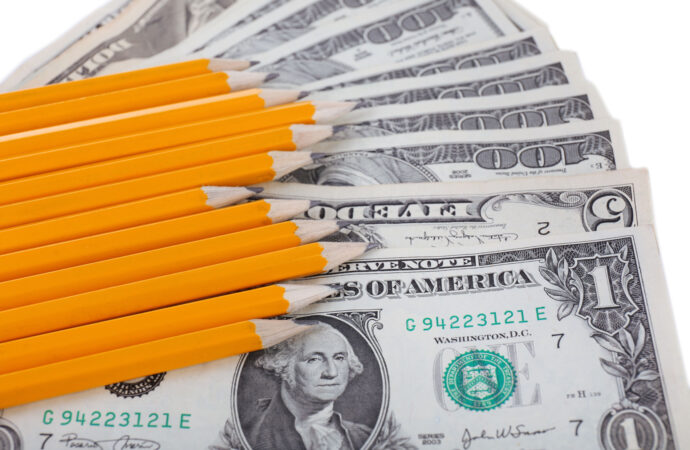 The Kansas Department of Education says instruction – costs associated with the direct interaction between students and teachers – is “the most important part of the education program, the very foundation on which everything else is built.  If this function fails to perform at the needed level, the whole educational program is doomed to failure regardless of how well the other functions perform.” 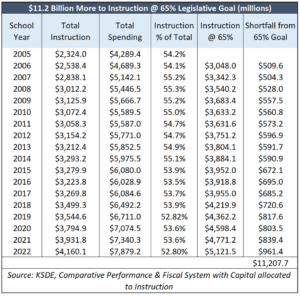 Despite all this, school officials and local school boards allocated the smallest portion of total spending to instruction during the 2022 school year in recorded history.  District officials spent just 52.8% of almost $7.9 billion on direct interactions between students and teachers last year.

Had they done so, there would have been $11 billion more spent on instruction since 2005.  Even with a gradual phase-in that raised the allocation by one percentage point each year would have resulted in $8.3 billion more spent on instruction.  Instead, they ignored legislative intent and sued taxpayers again in Gannon in 2010, claiming to still not have enough money to educate students.

Spending allocations for each district are available at KansasOpenGov.org.

A pattern of disregard for academic preparation

Allocating barely half of total spending to student-teacher interactions is just one way that state and local school officials disregard academic preparation.

In Giving Kids a Fighting Chance with School Choice, we tell one story after another of education officials deceiving parents about achievement, de-emphasizing academic preparation, and even ignoring state laws designed to improve outcomes.

Parents cannot count on education officials to address the state’s education crisis.  If parents want change, they must insist that legislators vote for school choice so parents can decide which school will best meet their child’s needs.