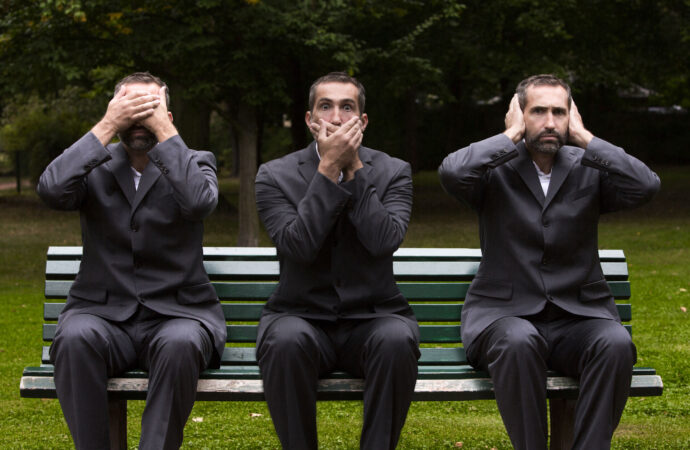 “The art of a magician is not found in the simple deception, but in what surrounds it, the construction of a reality which supports the illusion.”

This quote from Jim Steinmeyer, a designer of magical illusions, nicely describes the Kansas Department of Education’s so-called ‘success’ tour.  I attended the Olathe session last week, which felt like a pep rally from my high school days, except this one was designed to extend the illusion of high student achievement.

Attendees were repeatedly told ‘look how well the administrators and school boards are doing’ but nary a word was mentioned about whether student achievement is improving (it isn’t improving…it is declining).

Every slide on the success tour presentation declared “Kansas leads the world in the success of every student.”  It’s not true, of course, but that’s what education officials want you to believe.

The announcement of record-setting high school graduation rates was ushered in with great fanfare.

But as the late great Walter Williams said, “It’s grossly dishonest for the education establishment and politicians to boast about unprecedented graduation rates when the high school diplomas, for the most part, do not represent academic achievement. At best, they certify attendance.”

KSDE gave out 65 Gold Awards and 26 Silver Awards to districts with high school graduation rates at or above 93%.  But how many school districts do you think received Gold or Silver Awards for Academic Preparedness?  Exactly one – USD 207 Fort Leavenworth. 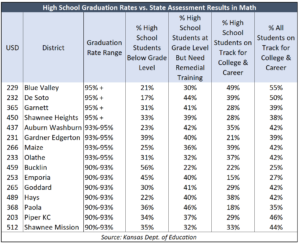 Parents who attended the magical success tour were kept in the dark because the illusion they were given ignored the reality of low student achievement.  Attendees were also not given a chance to ask questions, like ‘what good is a 90% graduation rate if a third or more of graduates can’t read or do math at grade level?’

Education officials in Kansas have been actively moving away from accountability for actual achievement for many years.  So-called ‘listening tours’ were designed to get permission from parents and business leaders to de-emphasize academics in favor of soft skills like work ethic and problem-solving.

The logic goes like this: ‘we asked people what they wanted from education, and they overwhelmingly cited soft skills; therefore, academic improvement is not an issue.’

It stands to reason, however, that academics wouldn’t top the list of concerns when people have been indoctrinated with a false sense of high achievement.  Had parents first been told that Kansas has more high school students below grade level than are on track for college and career, you know that academic improvement would top the list of what they want from schools.  But the truth would tarnish education officials’ carefully polished image, and that isn’t about to happen.

To be clear, perpetual low achievement is not a teacher problem; the blame falls on administrators and school board members who sweep the truth under the rug instead of being honest and giving teachers the tools they need to help students.

The interests of the adults in education take priority over students’ needs and that won’t change until enough parents demand that legislators intervene.  Money is the only thing that motivates most school board members and administrators, and that is why parental choice legislation is students’ best opportunity to get the education they deserve.  Forcing the public school system to compete for students propelled Florida from one of the worst states in the nation to one of the best, and that can happen in Kansas if enough parents force the issue with legislators.

Your action (or inaction) will show what you really want from Kansas schools.

Editor’s Note: the original version of this column linked to the 2020 awards.