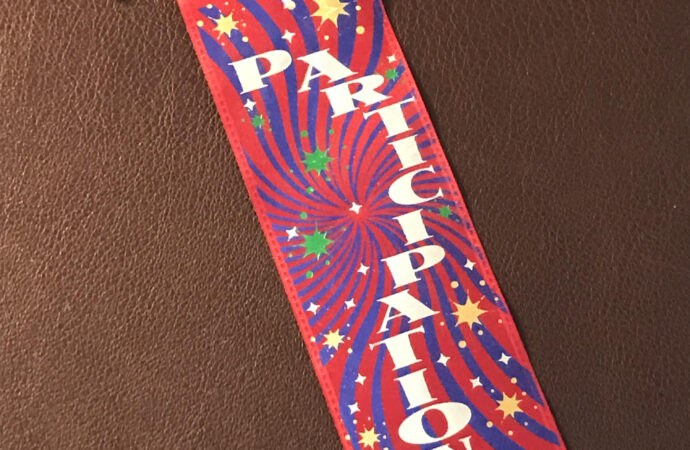 For the past several decades, schools have been (accurately) accused and rightfully chastised for practicing an “everybody wins!” approach to any kind of competition and academic achievement. At the very least, all “competitors” receive participation ribbons, as an indicator that, indeed, everybody wins. The 2020 Kansans Can awards, announced at the August state board meeting by Commissioner Randy Watson have a distinct participation ribbons feeling.

Districts were honored for their performance in eight different categories – the five Kansans Can pillars plus high school graduation rates, civic engagement and the Commissioner’s Award – in four different Olympic medal-style levels: Gold, Silver, Bronze and a fourth, Copper. Of those eight, only three categories – academically prepared for post-secondary, high school graduation rates, and post-secondary success – are quantitatively based. Not only are the resultant awards unimpressive, but Watson had to create his personal version of the participation ribbon, the Copper level to increase the number of “winners.” This article will focus on two of the quantitative awards: (1) high school graduation rates and (2). academically prepared for post-secondary. As KPI has written here, the third category, post-secondary success, though a quantitative measure, is not a valid measure of the impact of a K-12 district on student success.

(Note: A list of all the award winners in all categories is available here.)

More than half of the state’s 286 districts (155) received a high school graduation rates award: Gold-69, Silver-24, Bronze-41, Copper-21. The threshold for receiving recognition was set very low, all a district had to do is be above the state average, which for 2020 was 88.4%. So by definition, at least half the districts were in line for a medal. Despite what KSDE and the state board would have us believe; high school graduation isn’t much of an accomplishment anymore. With the lack of a statewide graduation exam requirement like there is in about a dozen other states, we don’t have an accurate number of those who graduate with or without the prerequisite skills necessary to pursue post-secondary education or begin a career.

The award for what Kansans Can call academically prepared for post-secondary is based entirely on results from state assessments. The overall statewide target is “75% of all students need to score at or above Levels 3 and 4 on state assessments.”

What does all this mean in terms of state assessment performance? Commissioner Watson did not discuss the methodology used, but an inference from an analysis of 2019 state assessments (the most recent results available) can be made. It appears KSDE combined the results of all students in all testing grades and all three assessments – math, ELA, and science – and assigned medal categories based on an average of those results. Specifically, the bronze medalists needed a combined average of 50% of all students in all grades scoring in Levels 3 and 4. For example, Silver Lake (USD 372) was awarded a bronze medal. Their average scores were ELA-48.7%, math-55.2%, science-59.7% for an overall average of 54.5%.

KSDE set the bar pretty low in order to be able to award the 120 copper medals. Apparently, the cut-off to get recognition in the form of a copper medal is an average of 35% scoring in Levels 3 or 4. Sylvan Grove (USD 299) had the lowest combined average score of any copper medalists with 35.1%. That percentage was buoyed by their science score of 46.1%. Only 33.6% of their students were proficient in ELA and 25.7% were proficient in math. And for that they received a medal of honor.

One could also question why students as low as in the third grade are included in a category called academically prepared for post-secondary. Having taught third graders for 14 years in Kansas public schools, I can assure you that assessment results for eight-year-olds is a little early to make post-secondary preparedness inferences. Although it is entirely appropriate to assess those students, categorizing their progress in terms of “college and career ready” is a bit of a stretch. It would make the most sense to look at the results of those closest to the post-secondary world, in this case 10th graders.

Among 10th grade students in the copper medal winners, 52 districts had less than 25% of students proficient in math with Leoti (USD 467) the lowest at 7%. The tenth graders in twenty-four districts had ELA proficiency rates less than 25%. Burlingame (USD 454) was lowest with 6.7%. These aren’t exactly what one would consider award-winning scores.

I’m all in favor of award recognition when that recognition is earned and deserved. But when the award definitions are arbitrary and the threshold to meet those definitions is so low, the award becomes not only meaningless, but in this case, potentially harmful to students. If a district receives recognition for such low performance, such as the case in state assessment results, or just average performance in the case of high school graduation, what is the incentive for districts to improve?

President George W. Bush coined the phrase “the soft bigotry of low expectations,” which referred to the nation’s public education system thriving despite turning its back on poor student performance. The Kansans Can Awards fuels that concept by not only tolerating low expectations, but actually rewarding it. Check our Giving Kids a Fighting Chance to find educational alternatives for Kansas families.