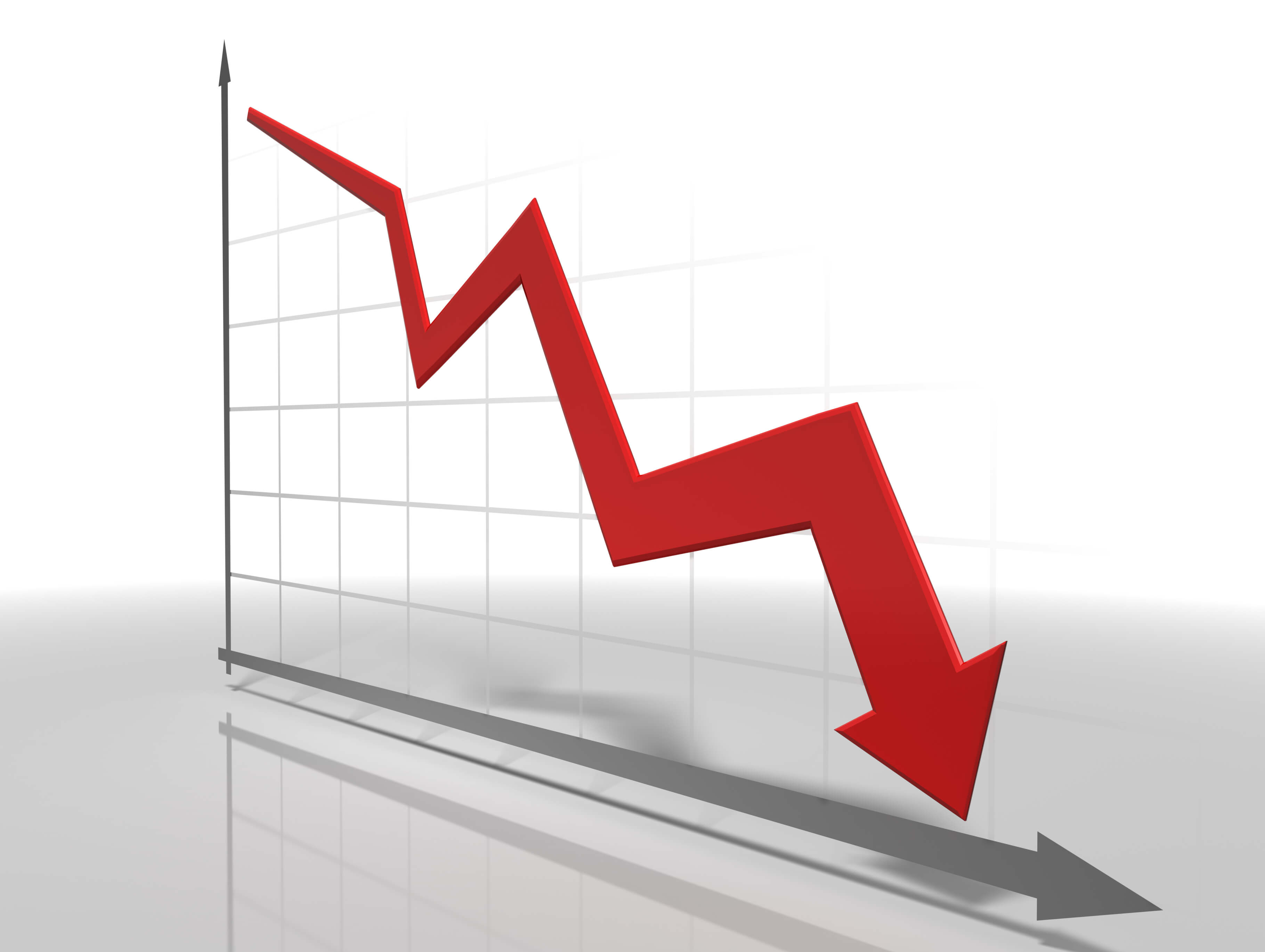 The 2021 state assessment results have been released, and to no one’s surprise, the scores are lower. Due to pandemic-related school closings, there was no testing in the spring of 2020. Given the interruption in teaching and learning across the entire country, state assessment scores were expected to be lower than 2019. The statewide percentage for all students proficient in math fell from 32.6% in 2019 to 27.9% in 2021. In reading (English Language Arts – ELA), the drop wasn’t as significant: 36.6% proficient in 2019 to 35.2% in 2021. 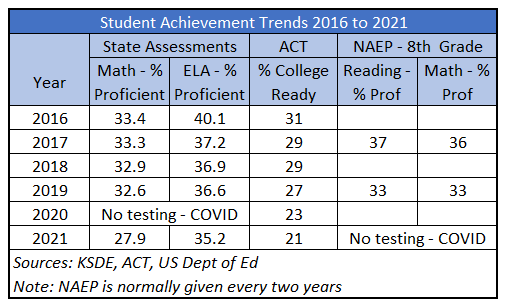 Irrespective of the pandemic, the fact that test scores fell should not come as a shock. As the table attests, test scores have been trending downward since the transition to a post-No Child Left Behind state test in the 2015-16 school year. The trend also includes ACT and NAEP scores.

The reason for the decline in test scores at all level is simple: the schools across the state, at the direction of KSDE, have deprioritized standardized tests and the accompanying results. The importance of student outcomes in the basic skills of math and reading have been replaced with an emphasis on soft skills – like social/emotional learning – and inputs to the system. This is clearly defined in the state board/KSDE Kansans Can initiative, a scheme which is attempt to “transform” schools, and in the process completely deemphasize students’ knowledge in basic skills. Those skills are certainly important but have less importance if a student cannot read.

The need to turn this ship around has never been greater. With public schools in Kansas having returned to some sense of normalcy this academic year, there this an urgency for the state education system to place a priority on catching students up in the basic skills learning loss due to time away from being in the classroom. The showcase piece of Kansans Can is a school redesign project that KSDE began prior to the pandemic, promoted as a parallel to the actual moonshot from the 1960s. If they are serious about that analogy, perhaps KSDE should do their own version of what happened during the Apollo 1 mission in 1967 when three astronauts were tragically (and avoidably) killed in a capsule fire during a training mission. NASA’s response was to put the mission to the moon on hold for over a year to determine what went wrong. These unacceptably low test scores should be an impetus for KSDE to put a hold on their own version of a moonshot initiative to address the fundamental issue of student performance in basic academic skills.

However, what transpired at the October state board meeting does not give confidence that attention needed to student achievement will become a priority.

During state education commissioner Randy Watson’s annual report to the state board regarding state assessments he pleaded that “We have to get better…we have to raise academic achievement.” He didn’t have any solutions or even suggestions in how to do that, he just offered a benign platitude. During the second day of the meeting, a joint session between the state board and six members of the state legislature, Representative Kristey Williams, chair of the House K-12 Budget Committee, made an impassioned plea for the Legislature and state board to work together to tackle the problem of low test scores. Regarding the board’s annual list of priorities to the Legislature, Williams said “I don’t see anything directly about achievement.” She explained how the Legislature has complied with the Supreme Court’s ordering of more money to education pursuant to the Gannon case, but the board has no initiatives to address the problem of low assessment scores. I expected Commissioner Watson to respond acknowledging that he made the same plea a day earlier. However, the silence Representative Williams received for her proposal was simultaneously deafening and spoke volumes about what those in charge of education actually feel about student achievement.

Assuming there is no effort on the part of the state board/KSDE to work with legislative leaders to address the problems of student achievement, the Legislature should take matters into their own hands and allow parents more freedom in choosing where their students go to schools. As Commissioner Watson acknowledged at the October board meeting, over 15,000 students left the public school system in the 2020-21 school year. I’m guessing if state law allowed for greater ease in students seeking alternatives, such as state money going directly to the families, that might encourage the state board/ KSDE to take this lingering problem more seriously.