Note to KSDE and SBOE: “Knowledge is Good” 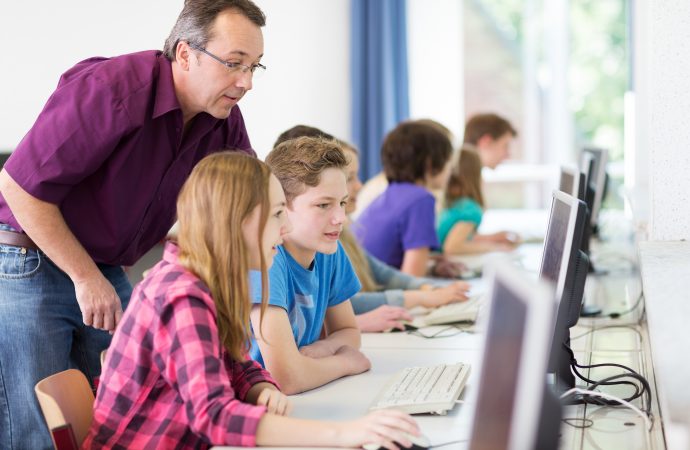 In the eyes of the State Board of Education, the concept that “knowledge is good” is no longer a taken-for-granted laughing matter as found in the lore of the movie Animal House. The evidence of that lies in the reaction of the SBOE and education commissioner Randy Watson to the results of the 2022 state assessments “presented” at the October SBOE meeting.

To say that their collective silence to the state assessment results is overwhelming would be an understatement. In his roughly one-hour annual report presentation to the board, Watson spent less than thirty seconds summarizing 2022 state assessment results. That is correct, less than half a minute. In Commissioner Watson’s eyes, state assessment results do not even rise to level of getting one minute of discussion. In fact, he offered no numbers, just a perfunctory explanation that math scores are about the same and reading numbers went down from last year, explained with all the fervor of someone reading a grocery list. (Watson’s presentation can be seen here.) They look upon state assessments like they are that weird relative you have to put up with at Thanksgiving.

No, his annual report remarks to the SBOE were not about “knowledge,” but rather they were used to win a strawman argument that students who score in Level 2 are not “failing.” The commissioner produced a convoluted and complex bar-graph slide that combined 2017 10th grade math data, graduation rates, and something called post-secondary effectiveness to “prove” that those students in Level 2 attain a high level (pardon the pun) of success that is similar to those who score in Levels 3 and 4. Just to cement his point, Watson posed a question, in which he answered himself. “Where do you get the biggest bang for the buck? Level 2.” He made that statement as if districts should be focusing spending toward getting students into Level 2.

All this led to his concluding statement that sums up the point of the entire presentation. “There would be some in the state of Kansas that say over and over that kids in Level 2 are failing. That discussion needs to cease today.” (emphasis original).

However, Watson does recognize that kids in Level 1, those defined as having “limited knowledge,” must be moved to Level 2. Several times he stated emphatically that “we must move students out of Level 1.” On that point we agree. He also correctly stated that the largest group of students (at least in 10th grade) score in Level 1. He offered no solution to this problem and no one on the board offered any solutions, approaches, or even seemed interested. Watson merely said things like “this is not acceptable” and “it should be urgent to move kids out of Level 1” and “we should be able to do that.” Complaining about it is as far as it went. If the SBOE isn’t drilling into this very question, why are they there?

The $64-question, one that nobody wants to address is: “Why?” Why do almost half of all 10th graders score in Level 1 (more that 60% of low-income 10th graders) in math? And the numbers for ELA aren’t much better. The main reason test scores are so low is that under Watson’s watch testing and test scores have been deemphasized, to say the least. Scores are low because the education establishment simply does not care. The SBOE’s main initiative, Kansans Can, is void of assessment data. Pandemic-related declines notwithstanding, state assessment scores have dropping long before Governor Kelly shut down the schools, as are NAEP scores. The decline in NAEP scores in 2022 were among the highest in the nation. “Knowledge” has definitely taken a back seat.

But I believe there is a solution and this would be right in Commissioner Watson’s wheelhouse.

He really seems to enjoy putting together catchy initiatives and taking to the road to promote them. He did that with Kansas Can and a few years later in the launch to the moon school redesign project. How about a “Knowledge Is Good” campaign? The idea being to specifically move those out of Level 1 on the state assessments. He could be Animal House’s “Dean Werner” and take the initiative on the road across the state.

Schools that reach success levels could be recognized by being put on the “Dean Werner list.” Those that fail? What else, “double-secret probation.”

You might remember that in the opening scene of the movie there is a close-up of a statue of Faber College founder Emil Faber. The inscription on the base of the statue reads “Knowledge Is Good”- the first big laugh of the film. But the lack of attention to those Kansas students stuck in Level 1 is no laughing matter. Sure, they can be pushed through the system by graduating high school, and the SBOE can pat themselves on the back and take credit for students continuing their education after high school. But the cold, hard fact is that thousands of Kansas students go through K-12 education without taking enough “knowledge” with them.

It’s time to once again recognize that “Knowledge Is Good” and do something about it.