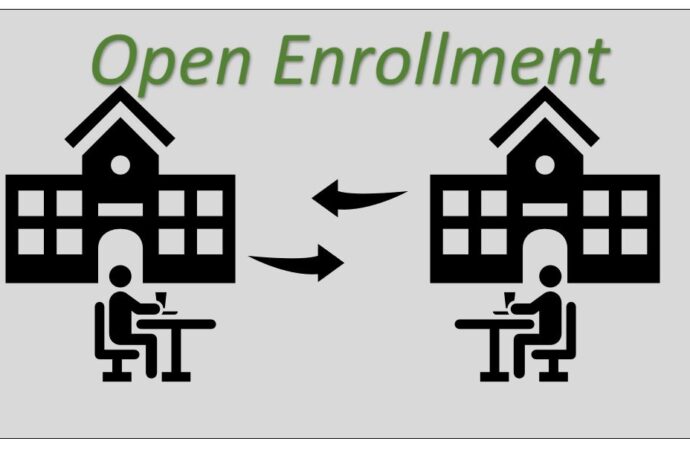 Hyperbolic claims by elected officials are not new to the world of politics. We are all used to office holders making claims that leave us scratching our collective heads. But a recent statement made by Kansas Board of Education member Michelle Dombrosky takes hyperbole, as the saying goes, “to the next level.” Reacting to legislation recently passed by the Legislature and subsequently signed into law by Governor Kelly that allows limited open enrollment in Kansas public schools, Dombrosky declared: “This bill destroys representative government.”

Let that sink in for a moment.

Our system of electing people to represent us to do the business of government, one that has lasted nearly two-and-a-half centuries, survived the Civil War, two world wars, and perpetual internal strife, will now be ‘destroyed’ because a relative handful of public-school students in Kansas will be attending a school in a district in which they do not reside. Never mind that the bill in question was passed and signed into law by duly-elected officials.

If you believe that, well…

This reaction is representative (pardon the pun) of how virulent the education establishment reacts when there is the slightest loosening of the stranglehold that is the public education system in Kansas.

In truth, the new law, which is part of an overall education funding package, is rather innocuous and will have little, if any impact on either the ‘leaving’ or ‘receiving’ school districts. In essence, it requires districts to accept out-of-district students if there are ‘open seats’ available in district schools. And this is an important point, districts get to determine if, and how many, ‘open seats’ exist. (The receiving district does not have to provide or pay for transportation.)

The need for this law becomes self-evident when looking how vastly student achievement varies from district-to-district even among those districts that share a common border. For example, data from this KPI blog and this blog shows how much lower students in Wichita USD 259, Kansas City USD 500 and Topeka USD 501 perform than students in districts that border them. Families are unable to attend higher performing districts because they have strict attendance policies that keep out-of-district students at bay, while economic conditions often preclude families from moving out of their current districts. This isn’t to say that simply moving between public schools will increase a given student’s achievement, but it highlights the fact that no choice currently exists and that freedom to seek a different educational setting might help.

This is why you hear those who support school choice say that a quality education shouldn’t be a function of your zip code. All this new law says is that if districts have the room, they must take students who don’t live within their boundaries. Sounds reasonable, doesn’t it?

Not if you ask the educrats. The volume of opposition by those in the education establishment is simultaneously stunning, yet aggravatingly predictable.

The “end of representative government” comes from the idea that open enrollment will distort the election process.  “Parents of nonresident students do not participate in school board or bond elections of the school district where their child attends.” That is a true statement, but an irrelevant one because most of the parents of resident students do not participate in those elections. Voter turnout in school board elections is typically extremely low.

Of course, no set of education establishment complaints would be complete without their favorite topic (and scare tactic): money. According to KMBC-TV, Edwin Birch, who is the executive director of communications and marketing for KCK USD 500 said the law “will hinder a school board’s ability to plan for the effective and efficient use of a limited amount of dollars needed to meet the needs of students and their families.” Furthermore, Birch said, “the law does not take into account the educational needs of the incoming students.”

One could hardly say those dollars are currently being utilized in an “effective and efficient” manner in USD 500.  Nor does the district seem to be meeting the “educational needs” of the students they have now.

Senator Cindy Holscher, who represents the Olathe and Blue Valley districts, went to the ‘more-money-means-better-outcomes’ well. A well that draws no water. Senator Holscher claims the “solution is adequately funding all our schools…So that the school that is in your own neighborhood is a great school for you to attend.” Translated: ‘give those wrong-side-of-the-track schools more money so those kids will stay away.’

Of course, the point she misses is that KPI and other scholars have shown time and again that more money does not mean better outcomes for students.

They also promote the false narrative that somehow open enrollment will become a burden on their local taxpayers. Dombrosky included this in her released statement: “Local taxpayers in receiving schools are encumbered with their local taxes supporting non-resident school district students.” David Smith, the Shawnee Mission (USD 512) chief communications officer lamented that the new law “diminishes the connection a citizen has to the location they pay taxes.” I have no idea what that means.

The superintendents of both Olathe (USD 233) and Blue Valley (USD 229) claim that “(w)hat we believe our local districts’ taxpayers would find particularly egregious is that their taxes would be paying for non-resident students meaning the local resources for our resident students would be spread even further.” They would like you to think schools are wholly financed by the taxpayers within their district boundaries. That is simply not true.

What they know but don’t want you to know is that a significant amount of K-12 funding comes from outside district boundaries. In the 2020-21 school year, local revenues accounted for less than 25% of all K-12 funding statewide. Even in the wealthier districts like Blue Valley a significant amount of dollars come from outside district boundaries. State aid – money that comes from taxpayers across the state – accounts for nearly half of Blue Valley’s funding and almost two-thirds for Olathe and Shawnee Mission.

Even State Board of Education President Jim Porter registered his complaint during April’s State Board meeting. He emphatically stated that open enrollment will have a “major impact in growing suburban areas…when they’re going after bond issues to build facilities for their people, for their residents.” (emphasis original)

It seems Porter is blaming out-of-district students for fast growing districts having to hold bond elections. It is obvious Porter has no basic understanding of the provisions of the open enrollment law. Districts don’t have to accept students if they don’t have the space. There is nothing either explicit or implicit that open-enrollment will lead districts to have to build new facilities to accommodate those interlopers, as he considers them. Aside from the false logic and ignorance toward open enrollment, what do Porter’s comments say about the person who is the president of the State Board of Education who sees those seeking better educational opportunities within the system as us vs. them? How can he publicly display such disdain? His full comments on what he calls “transfer students” can be seen and heard here.

Another unfounded fear has to do with special education. Mr. Smith sees treating out-of-district special education students as burdensome. “In fact, a USD may not know if a student incoming has an IEP.” In my twenty years as a public-school teacher, 17 of those here in Kansas, I can’t tell you how often a new student – either at the beginning of the year or during the school year – had an IEP and our school didn’t know about it for sometimes weeks due to poor communications. It happens, and you deal with it in the best interests of the student, and not look upon it as a burden on the system.

What all this really boils down to is this: the districts seemingly unable to meet their students’ needs are afraid their students are going to abandon them and thusly impact their district financially and the elitist snobbery of the higher performing districts don’t want ‘those kids’ coming into their schools.

The latter elitism is on full display by a group called Stand Up Blue Valley. They are propagandizing the open enrollment law through scare tactics for Blue Valley residents. Here are just two of several slides posted on their Facebook page:

First of all, notice that they refer to open enrollment as “OpenBorders.” This is clearly to instill fear into their residents. They justify using that false term by claiming in their Facebook manifesto that the term “open enrollment” is too confusing. (To get a full understanding of their viewpoint, I highly recommend reading the full Facebook post.) Stand Up Blue Valley wants you to believe that allowing a handful of ‘those students’ to attend Blue Valley schools will lead to a form of anarchy that results in a take-over in sports and a privatization of education.

Despite all the Armageddon-like rhetoric espoused by the education establishment, here is the real impact of the open enrollment law:

In short, the law will have little, if any, impact on school districts, and the education establishment knows it. This is not a radical new idea. According to the latest data from the National Center for Education Statistics (NCES) there are 23 states that have some sort of mandatory open enrollment, including the neighboring states Colorado, Nebraska, Missouri and Oklahoma. Clearly, open enrollment policies in those states have not led to the collapse of their public-school systems.

The Kansas education establishment sees open enrollment as a threat because they fear any change to the status quo. The only change the educrats are interested in is more money. Because to them, the priority is the maintenance and advancement of the institution, not the student. They are deathly afraid of any change that falls under the school choice umbrella. I lived that for seventeen years as a public-school teacher in Kansas. And consider this: if they believe they are doing such a great job for students, what difference does it make where they come from?

And yes, representative government will be just fine.