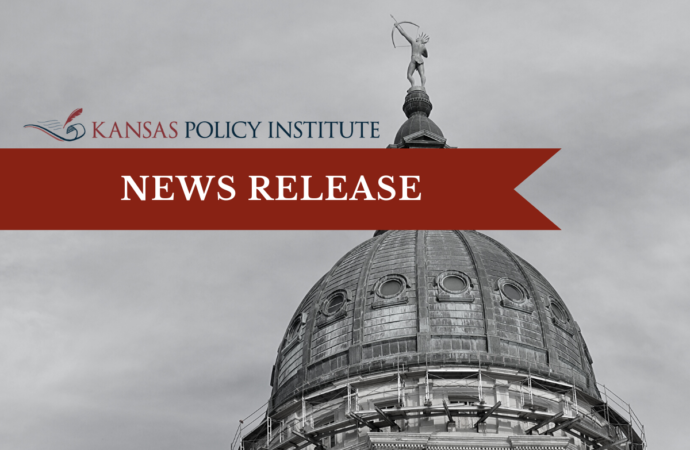 Last week, Gov. Kelly vetoed a bill that provided legislative oversight to her emergency management authority and spending of federal COVID funds; the bill would have also provided liability protection for healthcare workers and businesses.

Trabert remarked, “Kelly vetoed that bill because she doesn’t want legislators and taxpayers interfering with her authority. Governor Kelly simply puts the interests of government above all else, and blatantly disregards the will and needs of Kansas voters.”

Gov. Kelly vetoed House Bill 2702, which was passed with bipartisan supermajorities in both Chambers. It would have waived penalties on interest on property tax payments due May 10, provided they’re paid by August 10. The bill also required local officials to vote on the whole property tax increase, offering transparency and accountability on tax increases.

In a SurveyUSA poll of registered Kansas voters, 75% of voters said they wanted local officials to vote on the total property tax increase, and only 11% were opposed.

Trabert says, “The real reason Gov. Kelly vetoed the bill was that cities and counties don’t want to be honest about property taxes.  The League of Kansas Municipalities and the Kansas Association of Counties strongly opposed the Truth in Taxation elements of HB 2702, which simply would require them to vote on the entire property tax increase they impose, so she granted their wish.”

James Franko, president of Kansas Policy Institute, remarks, “The nature of a special session may prevent veto override attempts, but the opportunity remains to limit this session to these very issues. By limiting consideration to the issues Gov. Kelly just vetoed, this special session could best be viewed as the usual ‘veto session.’ This week represents an opportunity for the legislature to exercise their prerogative by reviewing Gov. Kelly’s dubious actions.”