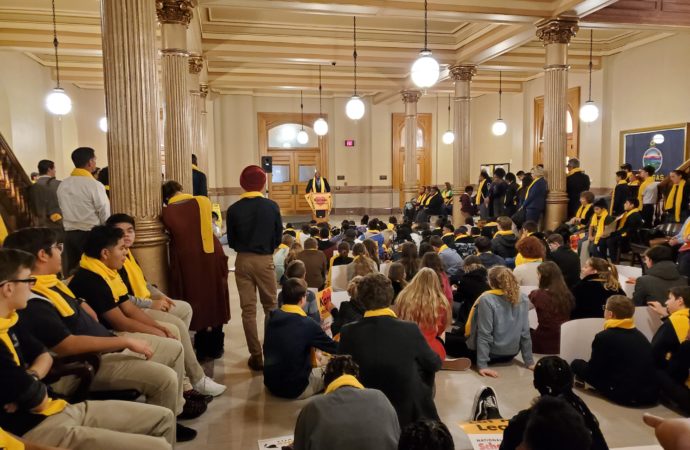 The accompanying table indicates the stark differences between the parochial and public schools in Wichita, Kansas City, Dodge City, Salina, and Topeka. Each diocese (plus Topeka Lutheran) not only scores much higher than the public school complement, each exceeds the state averages in both math and English language arts (ELA). 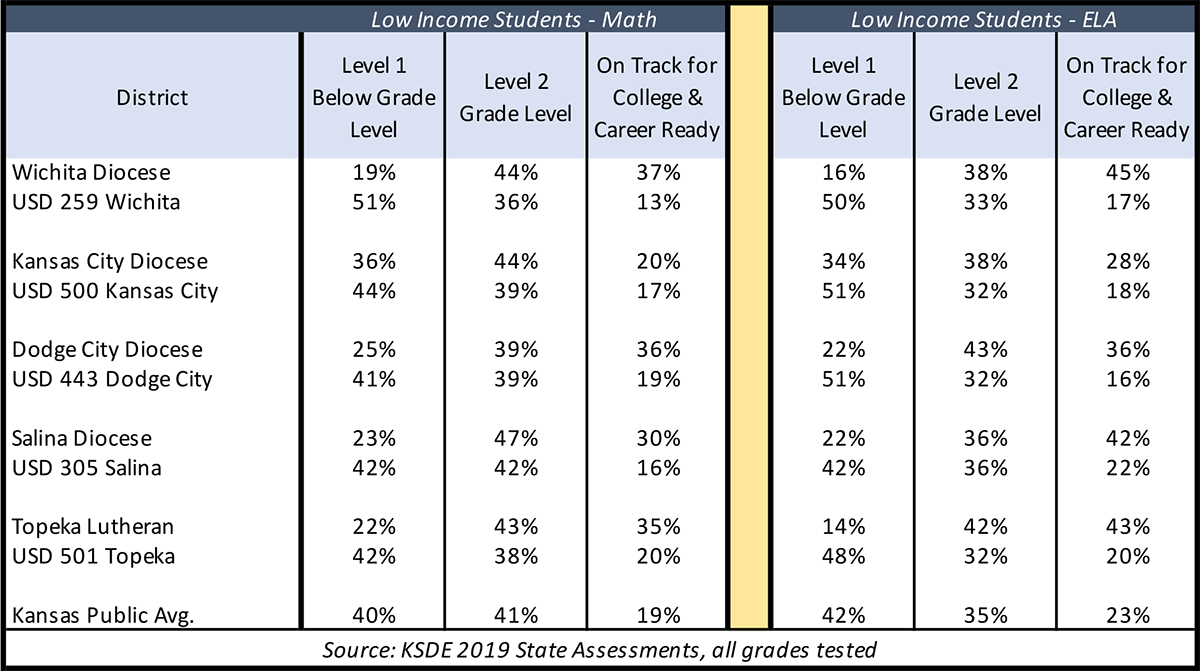 Putting this in a broader context, the following table shows how the parochial schools fare favorably when compared to all 286 districts statewide. The numbers speak for themselves.

Keep in mind this data reflects low-income students’ results, not those of the entire student population. Furthermore, private schools do not share in the at-risk dollars generated by free-lunch students in public schools. Statewide, free-lunch students – the state-defined proxy for “at-risk” students – generate more than $400 million each year in at-risk funding.

This year is shaping up to be pivotal in school choice with impacts that could lead to improved choice options in Kansas. The U.S. Supreme Court has heard arguments in Espinoza v. Montana Department of Revenue, in which the court will determine the constitutionality of a tax credit scholarship program in Montana in which funding supports individual students who then could attend a religious school. If the court finds in favor of the Espinoza family, it could go a long way to dismantling the so-called Blaine amendments. Thirty-seven states, including Kansas, have adopted variations of Blaine, which prohibits public money from going to religious schools. These laws have come under scrutiny in recent years because of the anti-Catholic roots of Blaine have been exposed.

In reality, the battle over religious schools getting money has little if anything to do with the separation of church and state. It has to do with who gets the money. That is evident in the remarks of Randi Weingarten, president of the American Federation of Teachers, who said regarding the Espinoza case: “This is a ruse to siphon off money from public education.” That sums up the underlying problem with the state of public education. It’s always about the money with no attention paid to the fact that the enormous increase in funding that has gone to public education over the last generation has not improved student outcomes, especially those low-income, harder to educate students.

It’s time for that to change. The annual Kansas school choice rally as part of National School Choice Week is a reminder of that.