Sometimes, media is wrong without knowing it 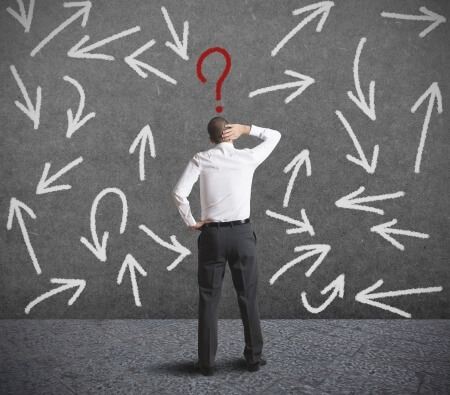 Media is often criticized for not providing the facts or for providing a biased perspective, and while that does happen, it’s not always a conscious choice.   Sometimes, journalists aren’t aware that information they’ve been given isn’t exactly the whole story or may even contain inaccurate information.  It can happen to anyone, and it certainly happened to me during my 30-year career in television broadcasting.

Recently, a 2002 editorial I delivered while General Manager of KAKE-TV in Wichita surfaced in which I called for a tax increase to fund schools.  Game on for Kansas Schools, an organization that advocates for the defeat of candidates who basically won’t commit to huge school funding increases, shared that editorial as ‘proof’ that I changed by position to suit my employers.  I do have a different opinion today, but here’s the real reason.

As I explained to KCUR-FM, I took that editorial position after the Augenblick & Myers report came out saying that Kansas schools were underfunded by about $850 million.  I had not studied school spending at that point and to the best of my recollection, neither had anyone else in the KAKE newsroom. We took the A&M report at face value, as we did school districts’ claims of being underfunded.  Shame on me for not putting a team of researchers on those claims.   It’s a mistake media continues to make on a daily basis but that’s no excuse for my lapse in judgment.

No one knew then that Augenblick & Myers hadn’t really done what they claimed; they said they took efficiency into account but that wasn’t true…as a KPI scholar discovered in 2009.  No one knew then that schools were using some of their aid to increase cash reserves.  And no one knew that state government’s morbid inefficiency was the key to avoiding tax increases.  We may even have been under the impression that schools were only receiving $3,870 per pupil (the Base State Aid in 2002), but again, that’s no excuse.  I take full responsibility for not giving better guidance to the staff.   I made a big mistake by assuming that media, including my own news department, had all the facts.  Lesson since learned.

After KAKE, I was General Manager at WYTV in Youngstown, Ohio where I helped journalists find the arcane government information needed to effectively tell stories about the interplay with taxation and economic activity and to hold government accountable.  Once we had the data, we showed that low education attainment and high taxation were major barriers to economic growth in the region.  And our possible solutions included service-sharing across county borders, having one school district per county and a multitude of government transparency measures.  The point of our multi-year coverage was not that any particular options should be adopted, but that the community had to decide what changes they were willing to make…or accept that economic stagnation would likely continue if they weren’t willing to change.

That’s the perspective I brought to Kansas Policy Institute after immersing myself in the data.

I know this kerfuffle was intended to damage KPI’s credibility, and it’s a fair question to ask, but I don’t at all mind that this is public knowledge.  The public should understand that what may appear to be media bias is sometimes just a lack of knowledge.