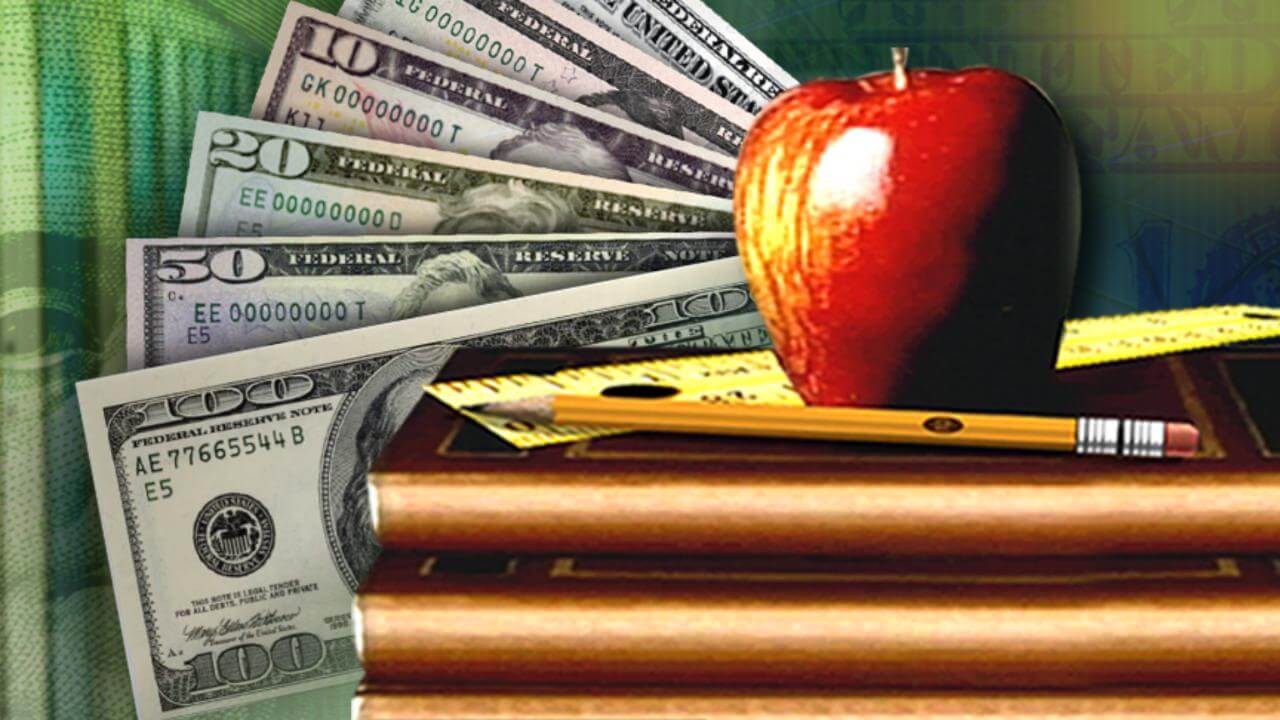 Editor’s Note: The original version of this post was based on published Census data.  KPI subsequently discovered that Census inadvertently excluded USD 512 Shawnee Mission data from their reported totals for 2014; KSDE and Census officials confirmed our finding.  Census will not republish correct data until 2015 data is released but did provide us with revised Kansas data for Tables 1, 8 and 19 of their report. This post now reflects that updated information.

While some people believe the Kansas Legislature should spend more money on education, many are shocked to learn that Kansas consistently devotes about 50 percent of the State General Fund to K-12 Education.  According to the most recent data from the National Association of State Budget Officers, Kansas devoted 50.7 percent of the budget to education in 2015, ranking #2 among the states.  The national average was 35.2 percent. 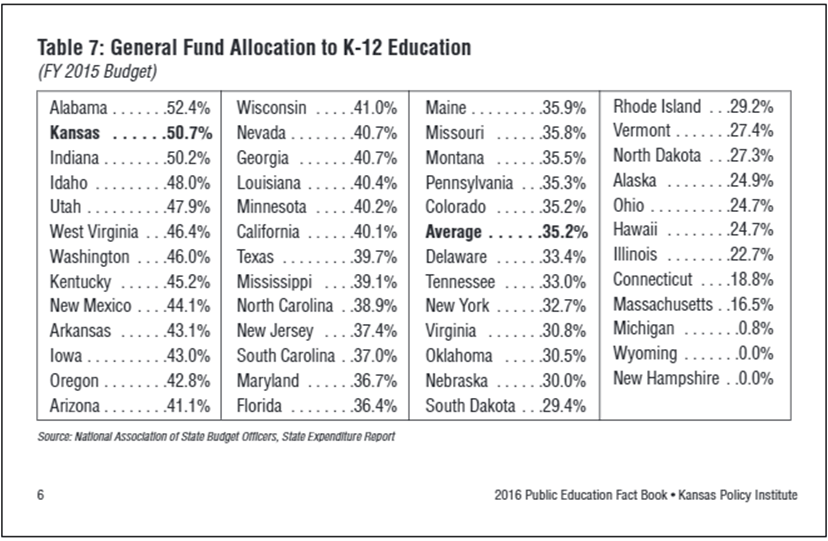 We track this data each year in our Public Education Fact Book, finding that Kansas is consistently in the top five. The methods for funding schools can vary significantly across the states, but we use this comparison because the General Fund is the recipient of almost all tax revenue and is well within the control of state legislatures.

Data from the U.S. Census Bureau eliminates variances in funding allocations between the General Fund and other state funds, and the most recent 2014 data shows that Kansas is ranked #7 for share of total revenue being provided by state government.  The 2014 funding reported by KSDE did not include $522.5 million in state-mandated property tax (20 mills in each district) that had erroneously been reported as Local Aid in state records. However, the adjacent table properly reflects it as State Aid.  The Legislature has since required the 20 mill property tax revenue to be reported as State Aid. 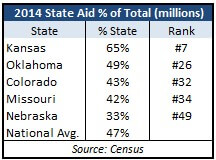 With the national average at 47 percent, Kansas is providing 65 percent of total funding through the State.   Whether share of General Fund allocation or percentage of total aid providing by state government, no other regional state comes close to Kansas.