What the Espinoza decision means for school choice in Kansas 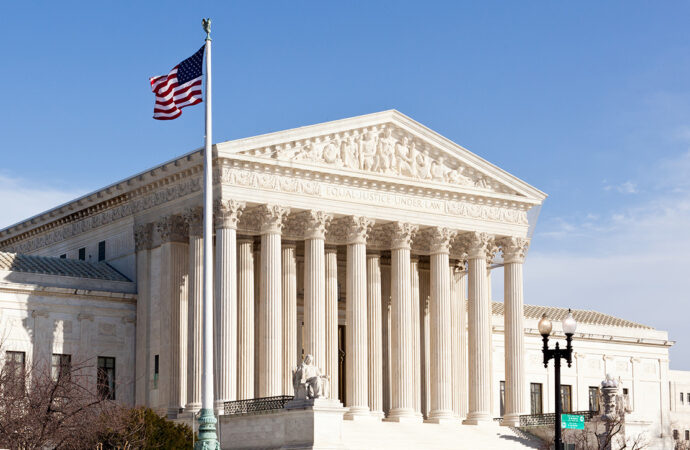 The U.S. Supreme Court decision in Espinoza v. Montana Department of Revenue is hailed as a victory by school choice advocates. In short, the court held that public money can be used by students and families for education in a religious school. It struck down the doctrine held in what are known as Blaine Amendments to state constitutions – a principle rooted in religious bigotry and intolerance – that prohibit tax dollars to religious-based schools.  During oral arguments in January, Justice Brett Kavanaugh asserted that Blaine Amendments are “certainly rooted in grotesque religious bigotry against Catholics. That was the clear motivation.” Kansas is one of the more than three dozen states whose constitution contains a Blaine Amendment (Article 6, Section 6(c)).

Justice Neil Gorsuch’s opinion included the recognition that the First Amendment’s Free Exercise Clause is more than simply a protection of religious status. The First Amendment protects religious use, in this case, a child’s education. Gorsuch wrote that the Free Exercise Clause “protects not just the right to be a religious person, holding beliefs inwardly and secretly; it also protects the right to act on those beliefs outwardly and publicly.”

This ruling has the potential to have a tectonic impact on K-12 education and funding going forward.  American Federation of Teachers’ President Randi Weingarten responded predictably, stating the decision will send money “cascading” away from public schools. She added that Espinoza “will basically change 200 years of practice.” Funny, but you’d think after two centuries of “practice” public education would have figured out how to get better results to show for their efforts.

The Court’s decision should be looked upon as opening the gates to opportunities – golden opportunities – for the Kansas Legislature to address serious issues.  It is now incumbent upon lawmakers to tackle, at a minimum, these three issues in the next session:

-> Creation of an ESA (education savings/spending account) program. ESAs can take a variety of forms, but essentially it allows parents to withdraw their children from public schools and receive public money directly from the state with restricted, but multiple uses, including private school tuition and fees.

-> The removal of the Blaine Amendment language from the Kansas Constitution. The Legislature has a duty to begin the process of striking Article 6, Section 6(c) of the constitution which states: No religious sect or sects shall control any part of the public educational funds. Since Espinoza is now the law of the land, that sentence has no place in the Kansas Constitution – as if it ever did.

The first two give educational control where it belongs: to parents and families. ESAs and an expanded tax credit scholarship program also have the potential to begin chipping away at overall low student achievement and the unacceptably high income-based achievement gaps, a reality the education establishment is not keen on addressing. The third gives Kansans the chance to show the rest of the country that religious bigotry will not be tolerated and has no place in the Sunflower State.

The Espinoza decision is a ticket to board the express train to reform. Let’s not let it be a wasted trip.