What Trump’s Education Secretary could mean for Kansas school choice 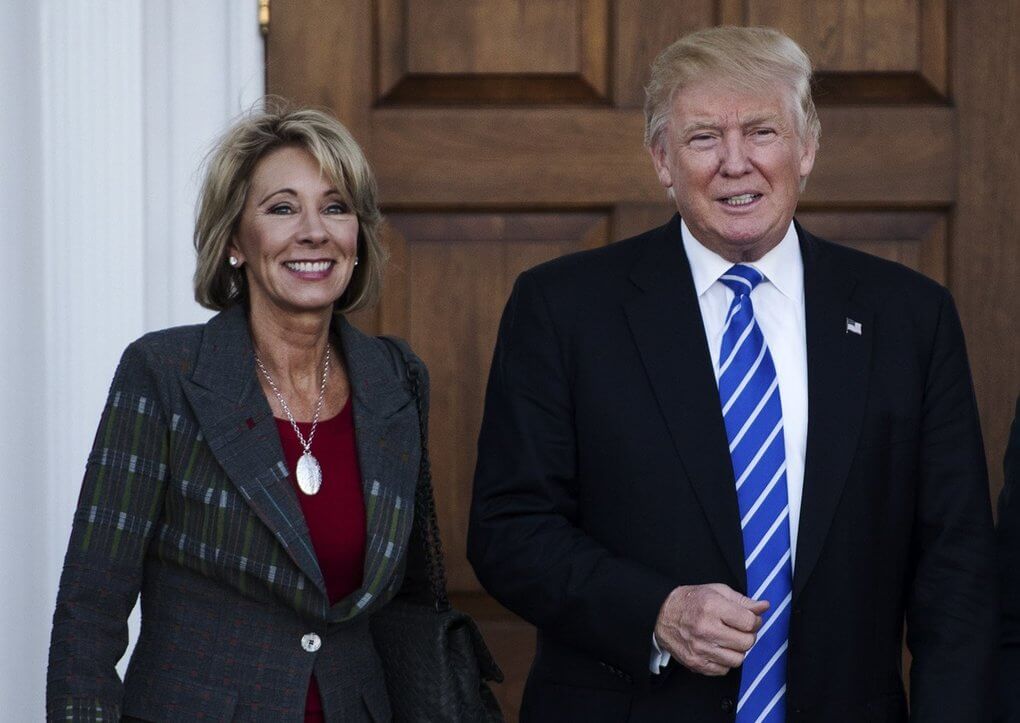 It appears president-elect Trump will not jettison the U.S. Department of Education. Too bad. However, the news is not all discouraging because Mr. Trump has tapped Michigan’s Betsy DeVos as Education Secretary. Ms. DeVos has a strong record in the area of school choice, having led the charge in her home state’s first school choice program in the 1990s. This could very well be good news for students and parents in Kansas. As we all know, school choice in Kansas is virtually non-existent. We have the nationally recognized worst charter school law in the country and our fledgling tax credit scholarship program, one that serves barely 100 students who have escaped the state’s worst performing schools, is under perpetual assault for repeal. For Kansas students, school choice means little more than deciding between white and chocolate milk.

But that could change under the direction of Ms. DeVos. The new federal education law, the Every Student Succeeds Act (ESSA), will now be directed by a Republican administration. That means the implementation of the law will likely be more state-based, and hopefully be a foundation for a serious look at education reform here in Kansas.

Now don’t get me wrong. I’m no fan of federal intervention. I would be among the biggest supporters of getting the feds out of the education business altogether and turning it back to the states where it belongs. Nonetheless, the needs of our students come first, and if the federal government can be a catalyst to overcome an institution/adults-first system of public education like what we have here in Kansas, so be it.

Specifically, Trump campaigned on the promise that he would set aside $20 billion for school choice. And not just for a private school v-word program – a misinterpretation that has sent the anti-choice people apoplectic. (Don’t take my word for it, just Google her name and see for yourself!) Most objective analysts feel that all choice options would be there for the taking: public charters, ESAs, private schools, virtual schools – even choice among traditional public schools.

These alternatives would be a welcome change for Kansas students who toil in an unresponsive system that resists change like the guy in this picture. Choice-based change might also help the Kansas education community get completely out of the horse-and-buggy era.

How wonderful it would be if Governor Brownback and the new legislature got on the Trump train and finally embraced school choice, but I’m not going to hold my breath. A quote by Jason Riley of the Wall Street Journal reminded me of what Kansas students and parents are up against regarding school choice. He’s optimistic with where the new secretary stands because “states interested in expanding educational options for low-income families will proceed knowing that Washington has their back.” The problem here in Kansas is that from the governor’s office to the school yard, everyone has a false sense of success among our schools and students – at the expense of low-income students trapped in poor performing schools. An inertia has been created that perpetuates the status quo not only for the low-income, but all students.

It’s time for a change. Maybe, just maybe, a bite on a $20 billion carrot might finally get this state off the dime.