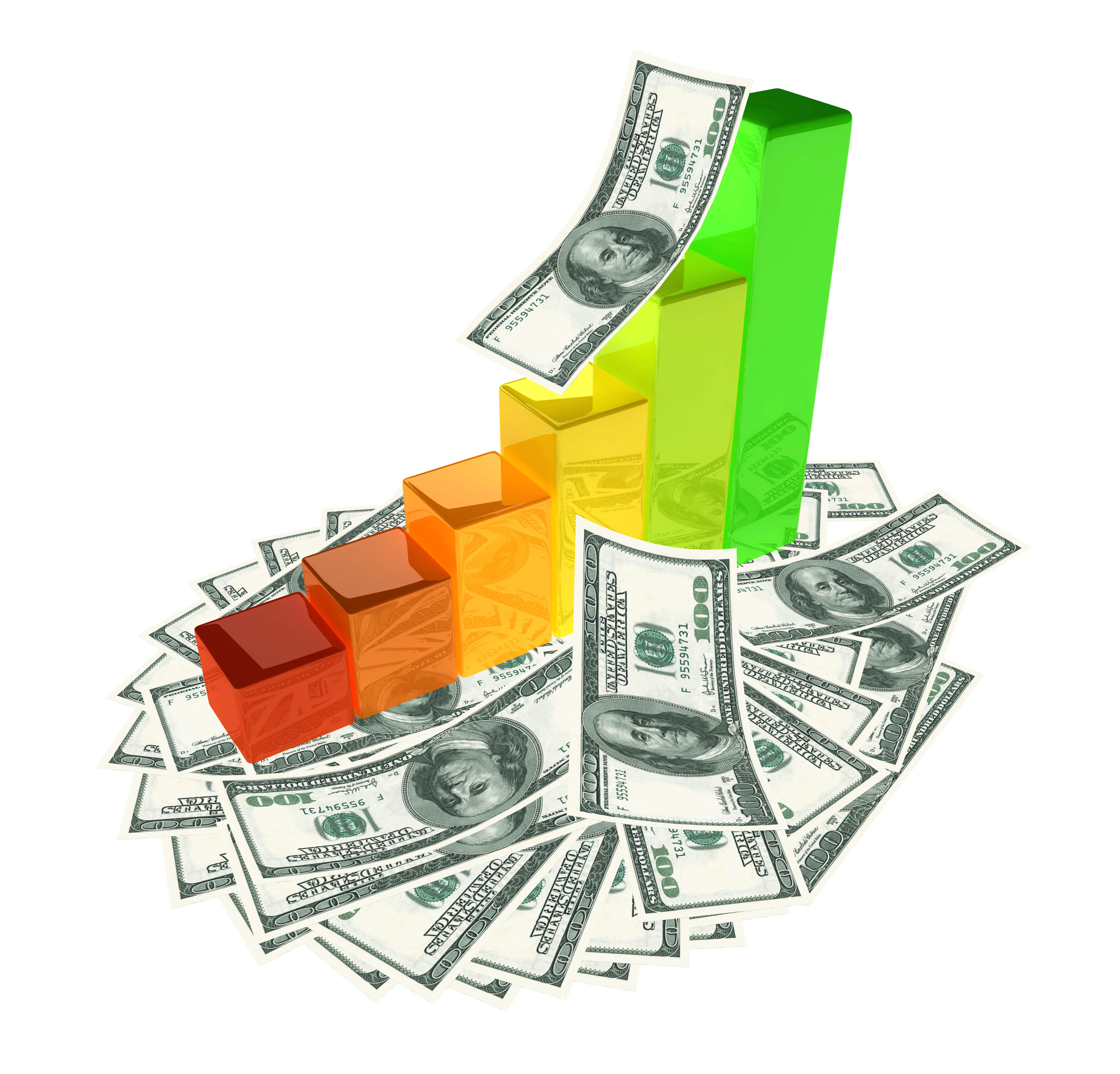 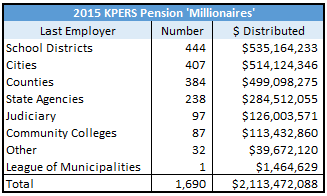 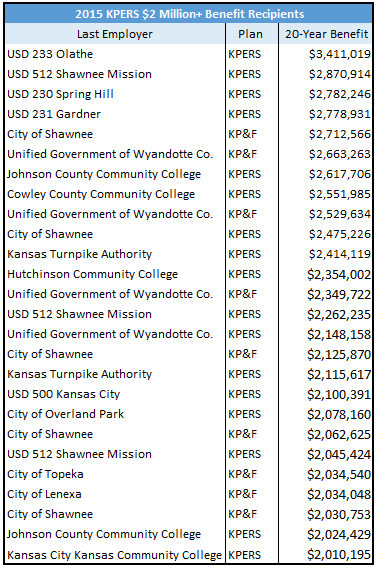 and the listing of and other small businesses from paying income taxes on non-wage “pass through” income have been unwilling to entertain changing the preferential tax treatment given to government employees. Exempting pass-through income from taxation raises legitimate questions of fairness, but true discussions of fairness must also ask whether it is also fair for public employees to enjoy their retirement benefits tax-free while private-sector retirees pay taxes on their pensions and 401(k) plans.

The full list of pension ‘millionaires’ and all KPERS’ recipients for 2015 are available at KansasOpenGov.org.