Barely half of $7 billion school funding is spent on Instruction 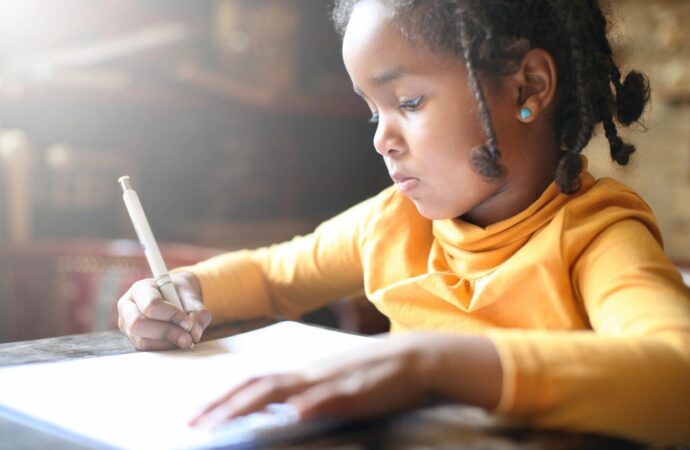 The Kansas Education Accounting Manual tells school districts that Instruction spending – direct interaction between teachers and students – is “…the most important part of the education program, the very foundation on which everything else is built. If this function fails to perform at the needed level, the whole 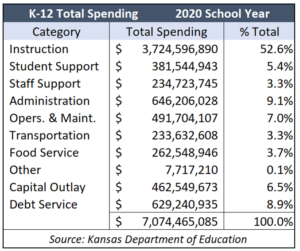 educational program is doomed to failure regardless of how well the other functions perform.”

Spending data for each district is compiled from the Comparative Performance and Fiscal System, with Capital Outlay spending all counted as capital. KSDE allows some capital spending to be allocated to other cost functions but that can show spikes and large declines for some districts, so all of that spending is reflected in the Capital Outlay line in the adjacent table and for district comparisons found on KansasOpenGov.org.

Achievement is persistently lower than understood

Achievement remains flat in many states even though spending has grown much faster than inflation, but one state – Florida – has produced remarkable gains in student achievement.  In fact, their low-income 4th-graders went from almost last in 1998 to have the best reading proficiency in the nation in 2019.  Students of income levels are doing much better now in Reading and Math.

Kansas Policy Institute produced a 35-minute documentary, called “Giving Kids a Fighting Chance”, which tells how they did it from the perspective of education officials, community leaders, and Governor Jeb Bush.

After watching the video, take a look at the state assessment results below and answer a simple question – are these results acceptable?

Is it acceptable that a third of the state’s 10th-grade students are below grade level in English Language Arts, another 37% are at grade level but still need remedial training and only 29% are on track for college and career?

Even in Johnson County, a quarter of 10th-graders are below grade level, 36% are at grade level but need remedial training, and only 39% are on track for college and career.  And as disappointing as that is, results tend to go downhill from there.

If you don’t find these results acceptable, the next question is whether you will tell your newly-elected legislators that you want them to vote for the choice, transparency, and accountability measures that propelled Florida’s kids past Kansas and most other states.  Over and over again.

School boards and unions fought those student-focused transformations in Florida, and they do the same in Kansas.  The last question is, will you fight harder?