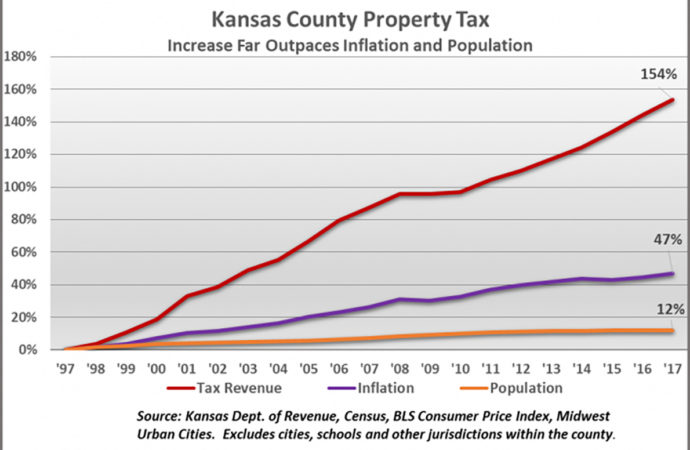 New data from the Kansas Department of Revenue shows county property tax assessed by Kansas’ 105 counties increased by 154 percent over the last 20 years.  That’s 2.6 times faster than the combined change in inflation (47 percent) and population (12 percent).  To put than in perspective, had property taxes just kept pace with inflation and population, county property tax would have been $520 million less in Kansas last year, or about 37 percent lower.

Most of the 37 largest cities in Kansas also had tax increases much greater than inflation and population but as shown in the adjacent chart, not quite as onerous as counties. 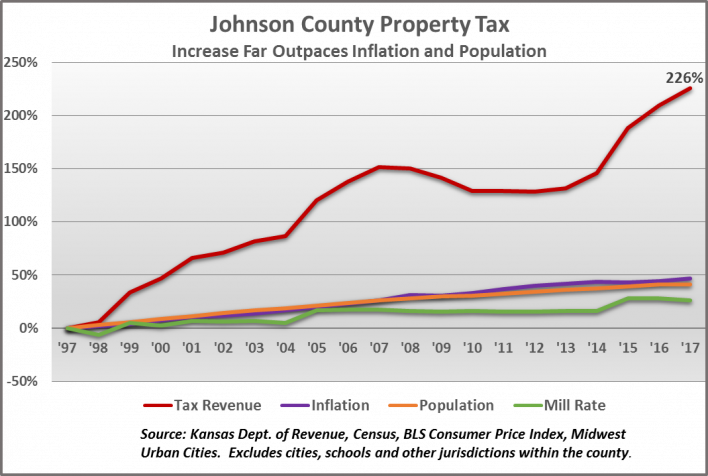