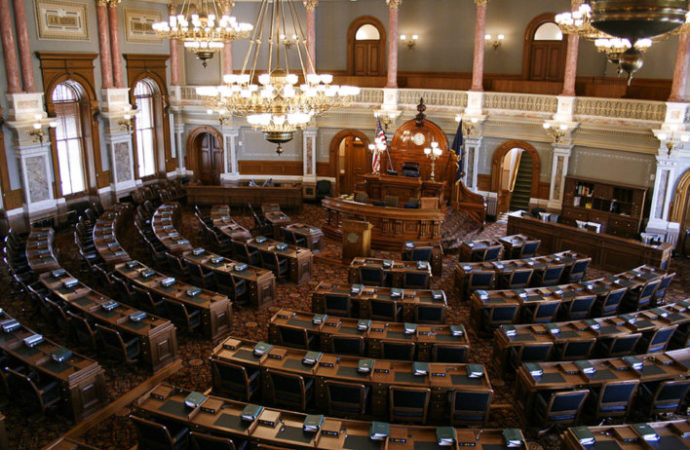 Legislators calling for a constitutional amendment to prevent courts from violating the separation of powers doctrine and ordering school funding increases are being scolded by media and the education lobby for failure to comply with the Supreme Court in Gannon.  But according to Kansas Supreme Court Justice Rosen’s opinion in Solomon v. State of Kansas, legislators actually have a duty to resist.

Solomon struck down the legislature’s attempt to amend the procedure for selecting chief judges in various judicial districts.  The legislature passed a bill allowing local judges to select their chief judge for the district, rather than having each chief judge be appointed by the Kansas Supreme Court.  The issue may not have been on citizens’ radar, but the power to appoint chief justices was a big issue to the Supreme Court, and they made their angst over a separation of powers matter quite clear..  Attorney and former Speaker of the House Mike O’Neal explains the court’s rationale.

“The Court was righteously indignant with the legislature’s attempt to meddle in the Court’s administrative business, citing the provision in the judicial article of the Kansas Constitution that gives the Court “general administrative authority” over the courts. The Court boldly announced that “[T]he written Constitution of Kansas is paramount law because it emanates directly from the people”.

The linchpin of the Court’s decision was its view that the legislature had violated the separation of powers doctrine by purporting to meddle with an administrative function of the Court. Essentially, the Court said that no issue is too small or inconsequential that it would justify not applying the doctrine, which the Court proclaimed is “an inherent and integral element of the republican form of government and is expressly guaranteed to the states by the federal Constitution.”

Citing U.S. Supreme Court precedent, the Kansas Court noted that “by the Constitution of the United States, the government thereof is divided into three distinct and independent branches, and that it is the duty of each to abstain from, and to oppose, encroachments on either.” (emphasis added) Note that the Court acknowledges that the respective branches have the right to oppose encroachments by the other.  Opposition to separation of powers violations is not within the exclusive purview of the courts.

Those calling for a constitutional change are actually complying with the Supreme Court’s guidance on how to react to violations of the separation of powers doctrine.  And that duty to resist also applies to the court’s order to spend more money and to pass legislation by date certain.