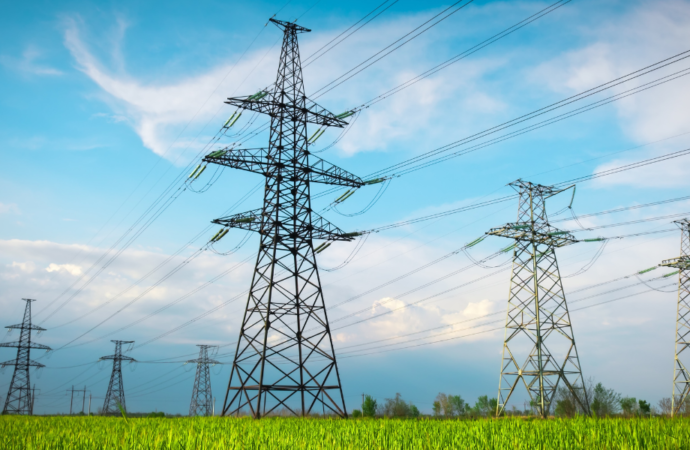 Since 2007, the cost of electric rates in Kansas has increased by 70%. In some areas, the rate cost is 35% more than in other states. In fact, Kansas’s rates are nearly 2 cents per kilowatt-hour higher than the cost in Oklahoma. That may not seem like much but would amount to about $1328 for the average family home in Kansas for a year, let alone an industrial facility. Everyone from the farming family living in the most rural part of the state to the company interested in a new manufacturing plant in a metro area is affected by high electric costs – and may choose to move elsewhere if it’s a high cost. The average industrial electricity price in the US increased by 61% from 1990 to 2022, leading to factory closures or production issues. While subsidies are often the first answer – typically pushed by those looking to receive them – to these policies, there’s a multitude of free market, pro-innovation policies too.

Despite these facts, public policy decisions are increasing the cost to taxpayers. Recently, the Kansas Corporation Commission reversed a decision preventing intervention from public interest groups on the decision to classify a wind developer as a  “public utility.” Why? So the developer would have access to eminent domain for their upcoming NextEra project. This new line could mean less power going to its current destination of Wichita and more to Missouri locations in the project, potentially driving rates up. Not to mention the other issues from eminent domain seizures. Recent memories of Westar using eminent domain to erect 108-foot tall poles in Wichita neighborhoods with no oversight are still fresh.

There are three big pillars of where to look to reduce the cost of producing and supplying electricity: utility company structure, energy sources, and the infrastructure needed to get that power on the grid.

Historically, utility companies have operated as a vertically integrated natural monopoly – entities that control their supply chain and exist with little to no competition. This came to exist because:

As the economist Kenneth Arrow noted in the 1960s, monopolies end up deterring innovation that would normally lower costs in the long run in order to avoid a “replacement effect” of new competition becoming available. For much of the 20th Century, utilities operated as these vertically integrated monopolies, until significant change from the 1990s to today has opened up the market for competition. “Smart” devices and other information technology have given more power to consumers to judge their energy usage. Home solar panel installations and battery development are already shifting how people produce and use electricity.

States like Ohio, Illinois, and Texas have deregulated utilities to allow more choice for consumers to choose their electricity supplier while transmission wires are still being treated as a monopoly. This idea, called “quarantining the monopoly,” has seen good results: in some areas of Texas, retail competition in previously vertically monopolized areas has led to a 30 to 40% decrease in prices. Conversely, states that haven’t deregulated have seen the monopolies continue to grow and stifle competition. Kansas is ripe for change and potentially even reductions in electric costs as investor-owned utilities in Kansas are among these states that haven’t deregulated vertically integrated monopolies.

Any subsidies – be it for a coal plant or a renewable energy facility – distort the market and unbalance competition, never mind the political games of picking friends to receive the handout. Avoiding handouts and instead making healthy decisions that benefit all businesses is the more equitable and efficient way to go. Over less than a decade, the cost of large-scale solar power has decreased by more than 85%, whereas the cost of onshore wind has fallen by 56% while at the same time – in some areas, without the assistance of multi-billion dollar subsidies. “Green” power sources are becoming continually more competitive – let them. But, if subsidies are allowed to stay in place, they’ll further distort cost judgments and foster more rent-seeking. Subsidizing renewables can have other distorting effects, as Texans have learned after the state aggressively pushed for wind power, at least part of why the state was left vulnerable to blackouts amidst other power issues.

In a rural town the size of Iola, industrial facilities like a power plant see the second highest property tax compared to similarly-sized cities across the country. Kansas itself has some of the highest taxes on mature businesses, which could deter energy-producing companies from moving into the area.

Competition succeeds when every entrepreneur and their business has a fair chance to play. In rural areas, it can be difficult for lower electric costs to emerge from competition because of lower demand and high infrastructure investments.

Another place for change, though not as efficient as affecting market structure or generation, would be the deregulation of factors like transmission infrastructure to create more contestable geographic areas. Proposals here are similar to KPI’s ideas about rural broadband infrastructure development. Straightforward licensing and approval processes and reforming the Kansas Department of Transportation’s Right of Way policies, which create a form of a franchise agreement to develop near publicly owned land like highways, are two ways to lower administrative costs and find new opportunities for development.

Free market principles like competition and energy innovation can reduce Kansas’s electric costs. The key is thinking more about how government can enable entrepreneurs and businesses to make this happen rather than creating a web of bureaucracy.