If Quality Healthcare Is the Goal, Medicaid Expansion Isn’t the Answer 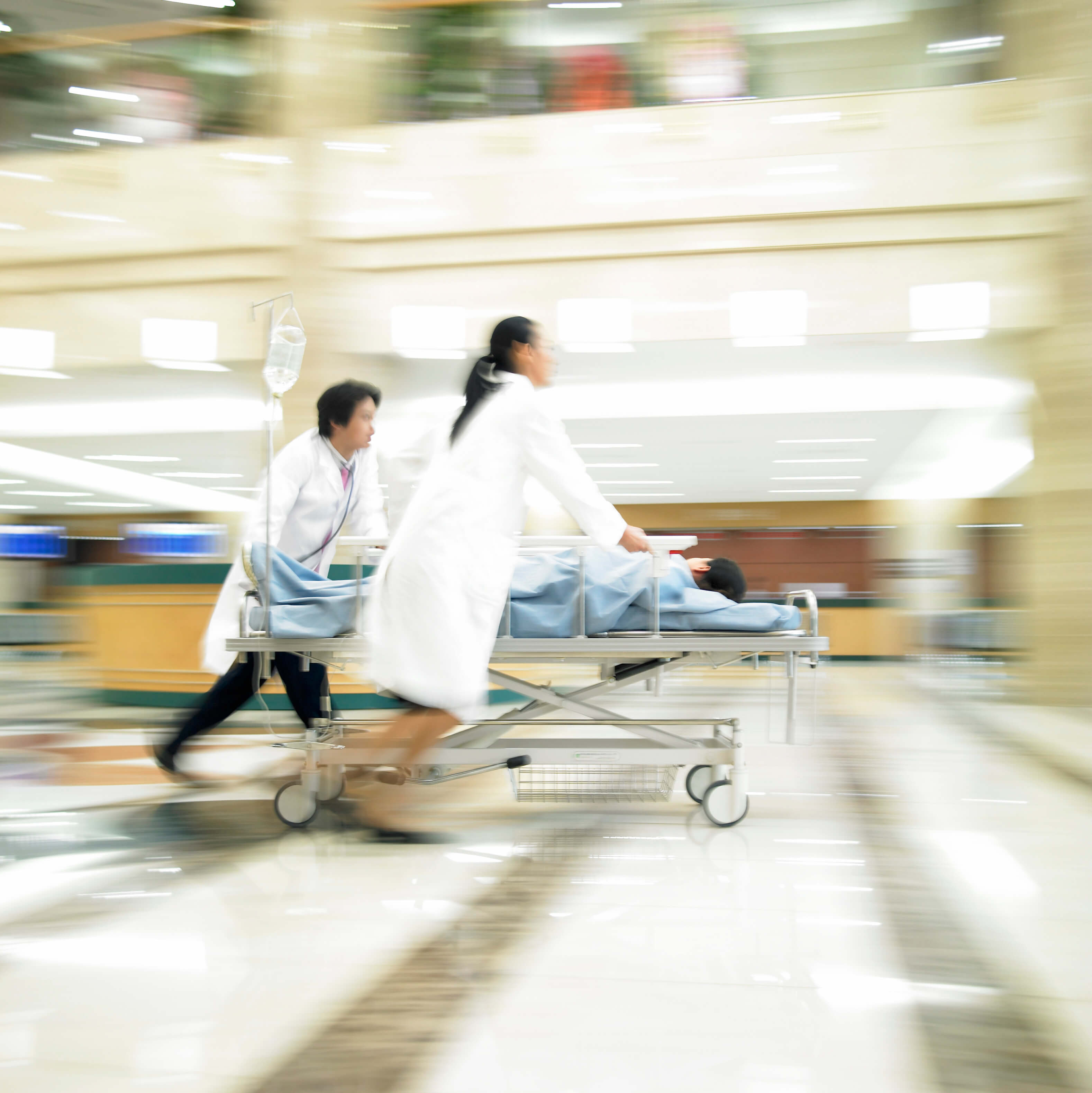 Next week’s legislative agenda in Topeka will continue the debate in Kansas about possible expansion of Medicaid under the Affordable Care Act—more commonly known as Obamacare. A KPI blog post from May 2014 outlined the grave financial dangers of heading down this path. Kansas already faces $4.1 billion (almost $1,400 per Kansan) in new Medicaid costs on account of Obamacare’s “individual mandate” that everyone must purchase health insurance—even those individuals who opted voluntarily to go without it prior to the mandate. Expanding Medicaid eligibility to childless adults without disabilities and not limiting it to just the Kansans who need coverage assistance most will cost the state a projected additional $624.5 million over 10 years. This will bring the total cost of Obamacare in Kansas to $4.72 billion (or more than $1,600 per Kansan) over the period. And that’s assuming the cash-starved federal government meets its matching fund promises…something history shows is far from guaranteed (See the Obama Administration’s “blended match rate” proposal from 2011 for evidence of its willingness to tinker with and reduce Medicaid matching funds). Yet, expanding Medicaid in Kansas is far from just a state finance issue; it will affect Kansans directly every day by increasing the share of their income that the government will need to take to fund itself. More importantly though, as research indicates, Medicaid enrollment has shown no statistically significant ability to improve measurable health outcomes for recipients. In short, expanding an already ineffective health system would not only be an unwise use of precious taxpayer dollars; it would also be a subpar solution to the goal of providing quality healthcare to our fellow Kansans who need it most.

Obamacare’s mandate provisions and Medicaid expansion frameworks were designed to reduce overall healthcare costs by eliminating the uncompensated care phenomenon whereby previously uninsured patients would seek care in emergency rooms. Hospitals would make up for their losses on this care by charging insured patients higher rates for care across the board.

This dilemma may make the idea of a universal health insurance mandate seem like a plausible one on paper. But recent research from the Heritage Foundation, using the federal government’s own nonpartisan Government Accountability Office (GAO) methodology (Appendix 2), shows that Obamacare and its mandates are limiting health insurance options and driving up the costs of these options. In 2013, prior to the Obamacare’s implementation, Kansans shopping for insurance coverage on the individual market could choose among 28 insurance providers from which to purchase health insurance coverage. Today, with the legislation in full effect, Kansans shopping through a now federally-run Obamacare exchange are limited to 3 providers (an 89% decline in insurance coverage options). This trend holds up nationally as well (1,231 providers in 2013 compared to 310 today), amounting to an almost 75% decline in the size of the overall insurance coverage options. This is due to the Obamacare’s “rating rules” and “benefit mandates.” These age and community-based restrictions give insurance providers less flexibility in terms of the types of policies they can offer and the prices at which they can offer them. This dynamic has created standardized, “all-inclusive” insurance plans that preclude consumers from buying coverage selectively based on their unique needs (e.g. a post-menopausal woman being forced to purchase insurance that covers pregnancy and prenatal care).   By extension then, specialized insurance providers offering coverage tailored to these needs have been regulated out of state and national health insurance markets. The resulting price hikes individuals are seeing in their premiums (by virtue of being forced to buy coverage they don’t need) are shown in the table below. 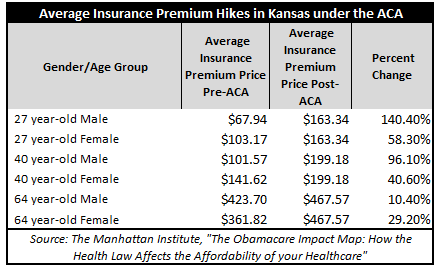 Even in spite of all the evidence above concerning the stark limitations Obamacare has placed on consumer choice and affordability in health care, let’s consider whether the legislation at least accomplishes its stated goal of eliminating uncompensated care scenarios and costs while also improving overall health outcomes for patients. January 2014 research published in the journal Science by a team of scholars at Harvard University, the Massachusetts Institute of Technology, and the National Bureau of Economic Research (NBER) says otherwise.

These researchers used pre-Obamacare, 2007-2009 data—which coincided with the Oregon Health Insurance Experiment (OHIE). The Institutional Review Board (IRB)-approved OHIE was unique given Oregon’s use of a lottery initially to determine Medicaid enrollment under a newly-expanded eligibility framework the state rolled out officially in 2008. This created one-of-a-kind control and treatment groups that enabled researchers to study real-life healthcare usage rates and outcomes under Medicaid expansion using a gold-standard, randomized control group research design. The lottery arrangement predated Obamacare and even the Obama Administration itself, so the study’s results remain valid wholly apart from Oregon’s present-day struggles to manage its Medicaid program in the age of Obamacare.

The researchers noted that overall emergency room use increased by 40% for new Medicaid recipients. It is most telling though that there was an 18% spike in emergency room visits to treat non-emergency conditions that could have been addressed more cost-effectively in primary care or other settings.

This marks not only a continuation but also a growth of one of the primary cost trends the ACA was designed to reverse.

The fact that Medicaid expansion has failed thus far to rein in the higher costs of emergency care while leaving recipients no better off health-wise than their socioeconomic peers without Medicaid begs the question of why Kansas should spend precious taxpayer dollars in pursuit of subpar results.

Some changes are certainly needed as the state continually looks for the best ways to provide health insurance coverage to Kansans who need it most. Potential ideas in this regard will be the topic of a separate, upcoming blog post. Suffice it to say for now though, Medicaid expansion is not the answer to providing health coverage with an eye toward “Better Service at a Better Price” for all Kansans.