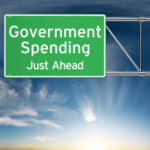 The Bioscience Authority no longer exists, but $66 million dollars is still scheduled to be scraped off the top from tax revenue and sent to it.  Local Ad Valorem Tax Relief (LAVTR) and City County Revenue Sharing were last funded in 2003; instead of removing the statutory appropriation, past Legislatures simply amended the law to say ‘except this year.’

The transfer to the State Water Plan subsidizes water usage for those who get free water (mostly farmers who irrigate) and hasn’t been funded for the last two years.

Simply eliminating the statutory reference to these four items would reduce the current deficit by $198.6 million and prevent future budgets from being artificially skewed.

Regents’ universities began this year with $77.4 million in unspent tuition fees, or more than a six-fold increase since 2003; they should use some of their excess cash for maintenance instead of taking more tax dollars.

So why is this monopoly money still in the budget?  Part of it may be legislative inertia but for those wanting to pass a big tax increase on individuals, it also conveniently inflates the amount they say they ‘need’ to raise.  Hopefully, some legislators will propose the Government Transparency and Deficit Reduction Act to remove these transfers from statute and slice $200 million from the budget shortfall.