Kansas Businesses Would Thrive in a Regulatory Sandbox 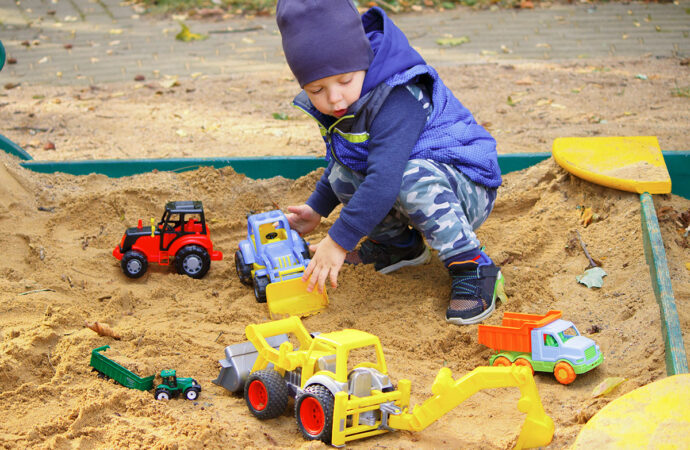 Nobody likes an overzealous parent ruining the fun. Blindly forcing others to obey strict rules and making jank judgments because “they know what’s best” are two things unbearable parents have in common with overextended government bureaucracy. Both of these entities often become an annoyance for citizens and the businesses they interact with. Sometimes, what’s best for everybody is a nice sandbox with a good balance of freedom and responsibility. The modern idea of regulatory sandboxes was inspired by this idea and has proven itself to be a successful method by which businesses and the government can promote strong economic development under reasonable regulatory conditions.

So where does the idea of the regulatory sandbox come from? To understand that, a little background on business operations is needed. Every business venture starts as an entrepreneur’s idea that slowly yet surely develops from a small operation into a, hopefully, expanding business. Every new business opened represents an opportunity in a community to receive new goods and services, see the creation of well-paying local jobs, and to reap the benefit of new wealth. In the short run though, starting a business is a massive financial investment, and 65% of new businesses close after their first ten years if they’re unable to find a niche in the market. Cutting back on these costs would make it easier for businesses to start or to launch new products to the public. Simultaneously, consumers would receive new products faster.

One of the ways the government interacts in this sphere is through regulations that impose certain conditions on businesses to preserve safety, quality, and other goals. These regulations include zoning laws, licensing requirements, environmental standards, and more. While some regulations are needed to ensure public safety, the vast growth of the size and scope of government in recent times has introduced new hurdles businesses have to clear. If regulations aren’t created with coordination between industry experts, they can often be arbitrary and feel more like a random challenge versus an appropriate guidepost. Furthermore, the expanse of regulations across the state and local level can create overlaps between jurisdiction and rules which confuse and complicate the work for businesses. The cost to businesses adjusting to federal regulations was estimated to be $1.9 trillion as businesses adjust their model and strategies to conform.

A regulatory sandbox creates a timebound set of conditions typically less strict than formal regulations that allow for businesses to present new innovations to the general public before they are formally launched. Because there are fewer regulations in a sandbox, there are fewer barriers to entry to the market, so productive innovations can compete against one another with less of a concern about burdensome compliance costs. Furthermore, this period allows regulatory bodies to study the products and create smart regulations before their formal launch. The first sandbox was implemented in the United Kingdom in 2015, but since then over 20 different jurisdictions have created sandboxes. In the United States, Utah has seen great success through its sandbox program.

The regulatory sandbox has benefitted a multitude of industries in Utah. For instance, the Utah Supreme Court unanimously approved expanding the “legal regulatory sandbox” environment out five more years due to successes the state has seen with innovative legal services such as online providers and bilingual medical debt counselors. At this same time, Utah has topped the list of states in terms of economic growth tied with Washington for a Real GDP growth rate of 3.4% in the last quarter of 2019 before the COVID-19 pandemic.

If Kansas were to implement a regulatory sandbox, then they should take an approach less like the pick-and-choose success of recent STAR Bonds projects and more like Utah’s hands-off policy of benefitting all businesses in a certain area or field. It’s up to the state to determine the scope of the sandbox, but they shouldn’t harshly discriminate about what businesses could participate. Furthermore, all businesses who do participate should be given equitable benefits to keep competition as fair as possible. It’s important to note that the sandbox principles shouldn’t be applied to just all firms: it should be a voluntary and cohesive effort between involved businesses and government regulating bodies.

The great thing about a regulatory sandbox is that it gives firms and the government a controlled area to notice mistakes that could be accounted for or corrected in regulations instead of arbitrary rules. Safety is the number one priority of the sandbox, and second is ironing out regulations to best promote public health and business prosperity.

Government doesn’t have to be a strict parent who impedes kids’ lives. Giving businesses room to experiment, grow, evolve, and thrive in a regulatory sandbox is like giving kids an opportunity to mature and become the adults they want to be.