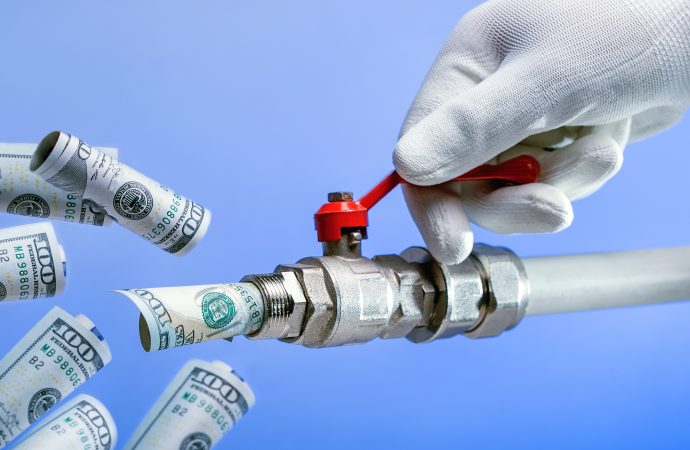 Kansas City’s largest private employer Cerner Corporation announced in June that they would be laying off 500 employees as they leave their Village West campus in Wyandotte County, Kansas. They chalk this up to the hybrid work post-pandemic with many employees being relocated across State Line to their Bannister Road campus. Cerner’s decision raises concerns about the efficacy of economic development incentives and echoes of “The Border War” for jobs. Dave Toland, Kansas Lt. Governor and Commerce Secretary, went so far as to talk about clawbacks for Cerner’s lack of job creation. This announcement also gets to the crux of the much-celebrated development at I-70 and I-435 around the Kansas Speedway.

Much of this development began with STAR Bonds in the early 2000s. STAR Bonds are bonds that the Kansas state or local governments can issue to invest in primarily business, entertainment, and tourism projects. Over time, the bonds are paid off from the sales taxes from services in those same projects. While this seems like a project that would “pay itself off” on paper, in application, STAR Bonds often create situations that unbalance local competition at the expense of taxpayers. STAR Bonds may not be directly implicated in the Cerner campus in Wyandotte but many other incentives were, hence Toland talking about clawbacks, and it is safe to assume that but for the STAR-financed anchor of the race track, Cerner never would have picked that location.

For one, the sales tax used to pay off the bonds are both incremental from the time the development took place and levied against the general district of where the STAR Bonds investment took place. This means that if another business that wasn’t directly funded by the STAR Bonds opens in the same district as a STAR Bonds project, then their sales tax in the first years of operation will go towards paying off the “competitor next door’s” investment. This happened with a Cabela’s in Wichita which opened in a STAR Bonds district in the northeast part of the city and ended up paying $2 million out of its $35 million annual sales to pay off the STAR Bond debt of nearby stores. This doesn’t seem fair to many but certainly to the also-subsidized competitor Gander Mountain in downtown Wichita, which has now gone out of business.

Taking a step back and looking at the idea of STAR Bonds raises another question: how does the government decide who gets a STAR Bond deal and who doesn’t? For one, this is both impossible and potentially crooked. Capital investment is a multi-billion-dollar industry on its own hiring some of the best finance professionals in the world who still haven’t cracked the code on how to spot a potential business opportunity from a bad one. When the government’s focus is on the roads, schools, etc. why would a Kansas policymaker be any better at this when their main job is on something else? Furthermore, the decision to potentially give hundreds of millions of Kansan’s dollars to a company that has no involvement from the citizens. This opens the door for lobbying, if not outright corruption, and the power of special interests to determine where Kansan’s dollars may go.

The elephant in the room concerning STAR Bonds is whether their usage stimulates economic growth or is simply directing that growth for a certain business under a government vision. KPI covered this in a 2020  report analyzing the economic growth of Wichita using STAR bonds by the Director of the University of Kansas’ Brandmeyer Center for Applied Economics Dr. Art Hall. He found that STAR Bond projects to develop Wichita’s downtown area “had no measurable effect on the persistent decline of business and job growth in downtown Wichita” and that the STAR bond-funded Greenwich project experienced growth that “would have happened anyway” if not through government subsidies. Instead, Dr. Hall highlights the well-established economic idea that population growth, existing job demands, and the creation or expansion of new businesses to potentially hire many employees (like Cerner or Garmin) all work in tandem to boost a region’s economy. Another 2017 analysis by Nathan Jensen found that there was little evidence that STAR bond recipients experienced a significant boost and employment. Furthermore, STAR bonds neither drove non-recipients out of Kansas nor encouraged recipients to stay.

These inconclusive findings were supported by the Kauffman Foundation’s analysis of PEAK funds, which was an initiative in which companies were refunded or could keep 95% of their payroll withholding tax. While PEAK funds are different from STAR Bonds in that they allow businesses to keep some of their money rather than give them more, still they failed to have a solid effect on increasing employment. The author of this paper identifies that one of the biggest issues is the lack of data collection and proper analysis of what firms are receiving and could receive incentives. This goes back to an issue previously mentioned: a perfect way to judge firm success does not exist. Trying to offer incentives to one business through these programs just hasn’t proved to be effective. Instead, what the state of Kansas should do is promote a sustainable and healthy business environment for all.

Cerner’s move represents many of the problems mentioned above. For one, Kansas taxpayer dollars were invested in Cerner to developed Kansas jobs, only for the business to change its path and move those jobs to another state. It seems nonsensical for the Kansas government to fail to predict market trends such as which businesses will stay or succeed and pass the cost down to Kansans. As a private company, Cerner is free to make these decisions on its own in response to market forces. What matters is that taxpayers are now on the hook. And while Cerner managed to pay off much of its development cost, their move still means that the OnGoal LLC which shared the development space with Cerner in Wyandotte County has to pay off the rest of their STAR Bond debt. While the STAR Bonds have run their course, they still represent a cost to the businesses who moved there.

Imagine what would happen if a poorly organized STAR Bond developed an area for a company, the company shortly moved after, and the cost of the original STAR Bond fell on what businesses stayed behind. This colossal mess could have been avoided with no significant change to the economic outcome if Kansas had just focused on creating a more inviting business environment rather than playing darts and trying to land on business success.

There is a multitude of alternative methods that Kansas could take to promote natural business growth. In wake of the COVID-19 pandemic and with American Rescue Plan Act (ARPA) funds available, local governments should prioritize qualifying infrastructure projects, or return that money to up-and-coming businesses via tax rebates. Frequently, zoning laws restrict the types of businesses and people an area can bring into their local economy, often as a form of micromanagement by city leadership. One of the larger efforts the state could take is reducing property tax rates on small and mature businesses. The effective property tax on an urban commercial property in Wichita is twice the cost it would be to have an identical business operate in Salt Lake City.

Instead of trying to pick and choose business winners, the Kansas government should focus its efforts on making business development easier for all entrepreneurs.