Kansans’ earnings growth near the worst in the Plains 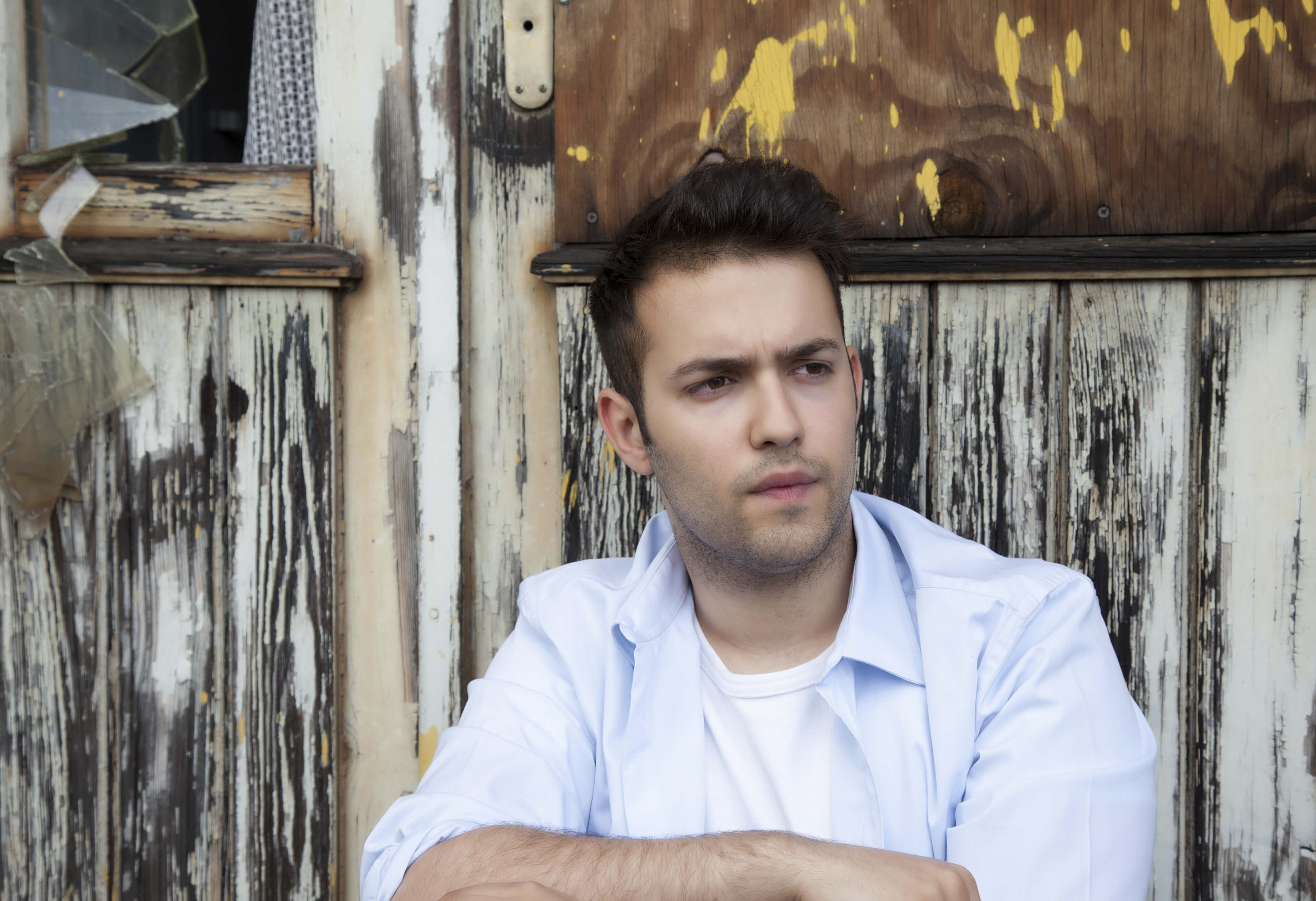 Official estimates show Kansans fared worse than their peers during the COVID pandemic and government lockdowns.  Kansans’ personal income growth was the 9th slowest in the nation and 2nd slowest in the Plains region. Even without federal assistance, Kansans’ earnings growth was near the worst in the Plains. It’s an unfortunate sign Kansas families’ economic pain is real, deep, and potentially long-lasting.

On September 24th, the Bureau of Economic Analysis released state personal income growth from the 1st Quarter of 2020 to the 2nd Quarter; this was when most states felt the full brunt of the COVID-19 and mandatory business closures. Across all states, personal income increased 34.2% in the 2nd Quarter of 2020, up from 4.1% in the First Quarter. The massive influx in federal COVID dollars pouring out of D.C. (CARES Act) is responsible for that growth explosion.

For clarification, personal income is the sum of net earnings, property income, and transfer payments from the federal government. The federal assistance (stimulus check etc)propelled Kansans’ personal income to 25.3% growth, ranking the Sunflower State as the 41st fastest-growing. If we focus on the private sector, specifically, the net earnings component Kansas fell 26.8%. Net earnings are the sum of wages and salaries, other labor income, proprietors’ income minus contributions for government social insurance. Across the nation, that placed Kansas as the 26th fastest-growing state. The map below represents Kansas’s earnings performance with the rest of the nation; the full dataset is here. 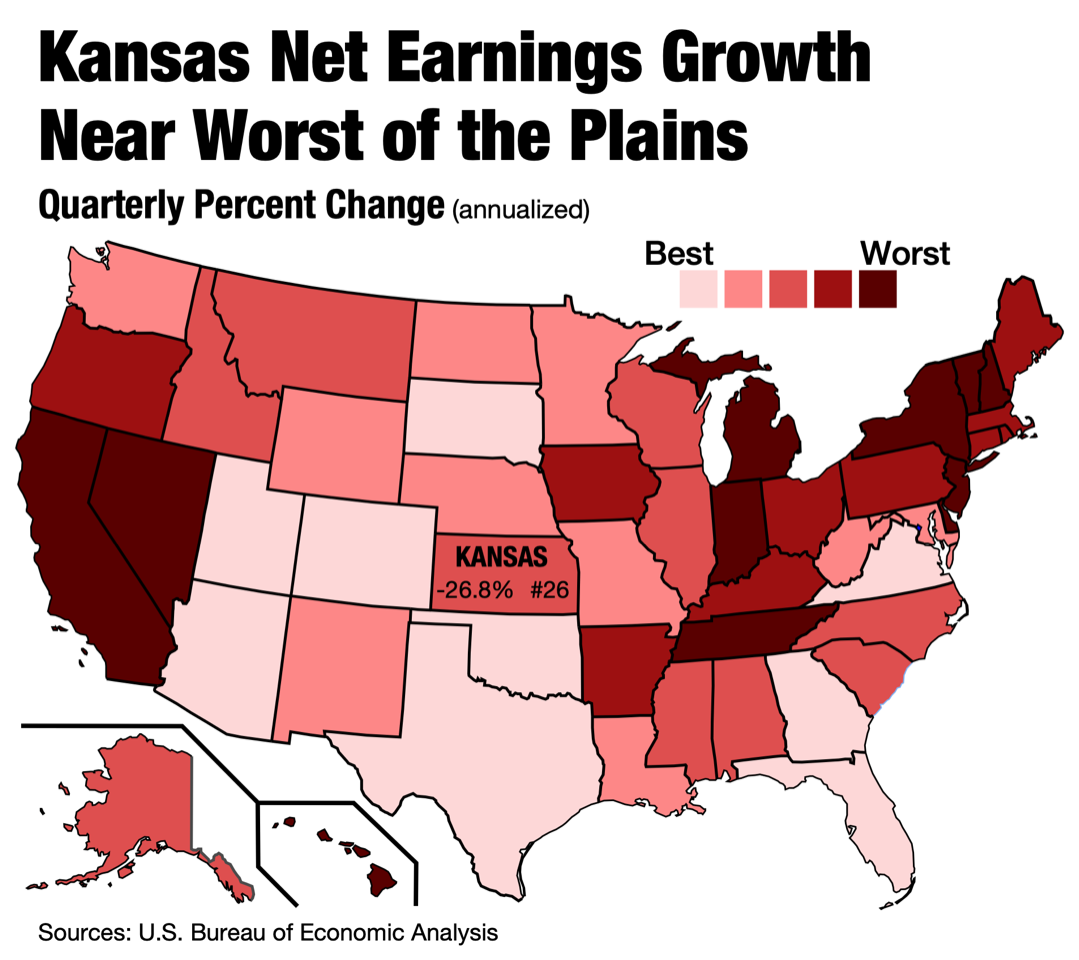 Before this data release, one could have easily guessed Kansas and many other states would see a sharp drop in earnings due to COVID. However, what’s likely unexpected is that Kansas fell roughly 27 percentage points and is among the worst in the country. It begs the question of what is unique to Kansas that could explain it’s poor performance relative to other states? There are plenty of differences between the state’s economic makeup that could explain the lower earnings performance. However, what also should be considered is the role of government.

Governor Laura Kelly was the first to close public schools and even the Kansas City Star has claimed her executive actions have contributed to “confusion.” What’s more, her continued statements about spiking cases, attempts to delay school (re)openings, and inconsistent orders within several counties have contributed a great deal of uncertainty and frustration. 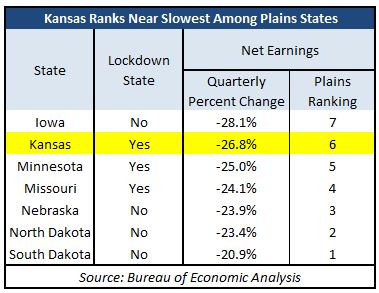 However, it is interesting to note how Kansas fared compared to peer states in the Plains region. Kansas ranks in the middle on a national scale. However,  it was the 2nd poorest performer among the Plains region. The Plains region comprises Iowa, Minnesota, Missouri, Nebraska, North Dakota, and South Dakota. It’s also worth noting that the regional states with the smallest drop in net earnings did not lockdown their economies; Nebraska and North and South Dakota. Iowa’s performance doesn’t deflect from the fact other most other lockdown states performed far better.

In a few weeks, we will have official estimates for Kansas’ entire economy activity for the 2nd Quarter.  There are many unknowns in predicting how the state’s GDP will fare. However, the signals provided by the latest personal income statistics do not paint an optimistic picture.