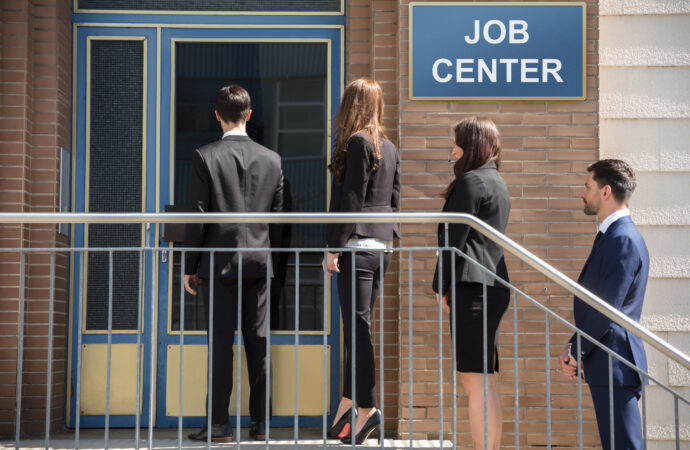 The latest jobs report from the Bureau of Labor Statistics shows Kansas lost 1,300 private-sector jobs in April.  Three other states in the region – Nebraska, Oklahoma, and Arkansas – also lost jobs, while Missouri, Colorado and Texas had job gains. 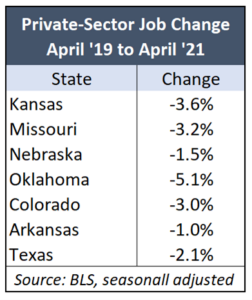 Every regional state remains below private employment levels reported two years ago in April 2019.  Oklahoma has the worst performance, down 5.1%, and Kansas has the 2nd-worst performance with a decline of 3.6%.  Missouri is down 3.2%, Colorado is 3% lower than two years ago, and Texas has a 2.1% decline.  Nebraska and Arkansas have the smallest declines in the region, down 1.5% and 1%, respectively.

Job recovery may extend into 2022

Private-sector employment in April was 43,800 less than in January 2020, and recovery has slowed since the beginning of 2021.

At the current pace, Kansas won’t return to pre-COVID job levels until at least the fourth quarter of 2021 or possibly into 2022.  The trend based on the loss of jobs in April gets private-sector employment to the January 2020 level in March of 2022; the earliest recovery may be in October of this year based on last month’s trend.

Last Fall, the trend put recovery in July of this year. 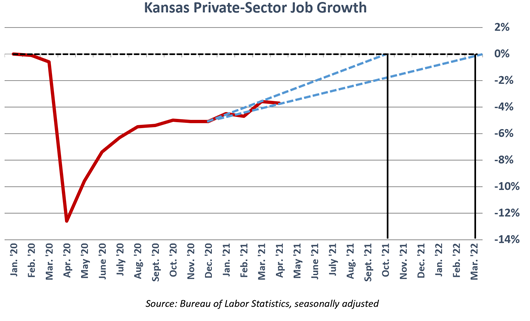 Employers attribute some of the slow job growth to the extra $300 per week in unemployment benefits, saying that some workers make more on unemployment than if they returned to work.  More than 20 twenty states have announced plans to end the extra benefit in June.

The Kansas Legislature passed a nonbinding resolution calling on Governor Kelly to end the extra payments.  SCR 1616 passed the Senate 27-11 and it passed the House 79-38.

Kelly hasn’t committed but is likely to continue providing the extra unemployment benefits.